Facebook’s Mark Zuckerberg – A Legend in His Own Mind! 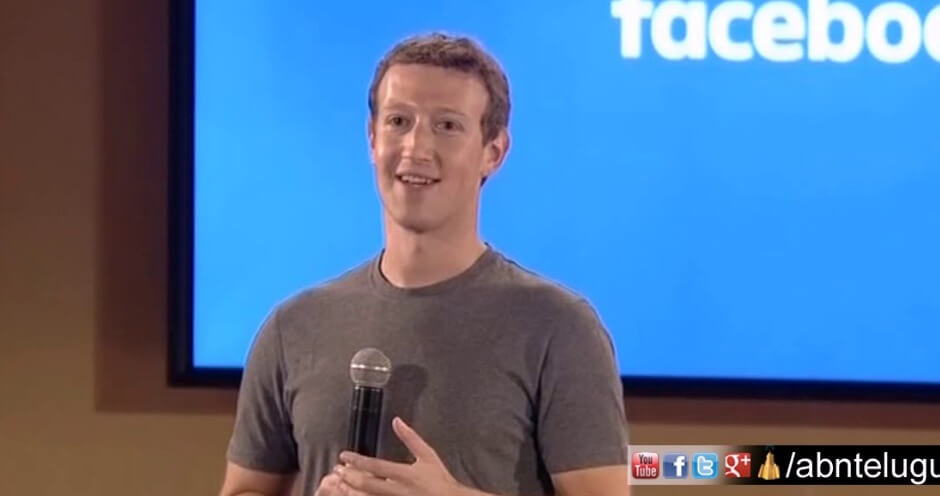 Mark Zuckerberg…a legend in his own mind

It was reported recently that Mark Zuckerberg, the young billionaire owner of Facebook, or as I call it, Freakbook, said that recent attacks in Belgium, Turkey, and Pakistan are specifically designed to “sow seeds of hatred” between countries and their Islamic communities.   “Each of these attacks were carried out with a goal to spread fear and distrust, and turn members of a community against each other,” Zuckerberg said.

The “only sustainable way to fight back” against these sickening atrocities is to “create a world” where everyone “feels cared for and loved”, he added.

I will bet you a steak dinner that he doesn’t go anywhere without security, and that, in all probability, that security is armed.  Zuckerberg, should he ever have the temerity to venture into a no-go zone where Islam rules, he would have two strikes against him immediately and would most likely never make it out alive.  First, he’s an American, and true believers of the Islamic cult despise Americans.  Second, he’s Jewish and it really doesn’t matter whether he practices the faith or not…to a true believer of the Islamic cult he’s in the Quran to be killed when and where he’s found.

On the one hand, I admire him for doing what he did with a “hand-made” social network, making it into one of the most powerful tools of communication going.  On the other hand, that wealth and power seems to have affected his thinking processes because he’s made some really outlandish statements, this one being only the latest.

His stated goal for this year is to invent a completely automated home in which everything is done by equipment using artificial intelligence, remote controls and/or voice-controls.  Many years back an engineer from one of the phone companies in the Midwest did the same thing, using the technology that was available at the time.  His dial-phone system worked on a series of relays being opened and closed as he dialed in the 3-digit number.

On June 7th, 2013, Zuckerberg posted this…”We strongly encourage all governments to be much more transparent about all programs aimed at keeping the public safe. It’s the only way to protect everyone’s civil liberties and create the safe and free society we all want over the long term.”  My friends, this sounds terrific and if I didn’t know that he was a big supporter of Barack Hussein Obama, I might believe it.  If you remember, Barack said his was going to be the most transparent administration ever…but we know that was a lie.  It is, as Winston Churchill wrote about Russia, “It is a riddle, wrapped in a mystery, inside an enigma”, and we know next to nothing about Obama himself.

In conversations with Zuckerberg, he’s more likely to be looking almost anywhere except at the person with whom he’s having the talk.  He wears clothing as if he were a first-year college student and throws in “like” and “awesome” quite often.  This, I suppose, is to put the other person at ease, so they can talk or deal as equals.  Hot flash for you, Zuckerberg, you may be rich but somehow that doesn’t always translate into

Intelligence or even “street smarts”.   Patience with others that you deem to, somehow, be beneath you, is not your strong point.   For a person that thinks he can bring electronic nirvana to the world through his social network, he seems only half-focused on the nuts and bolts of the job.  How, you may ask, does he plan to bring people who are fascinated with how a pair of pliers work, into the 21st Century?  It is an enormous task that he has set for himself.

Along with several other technology companies, he’s formed something called Internet.org which has been described as “a global partnership between technology leaders, nonprofits, local communities and experts who are working together to bring the Internet to the two-thirds of the world’s population that doesn’t have it.”  In relative terms that I can understand it’s comparable to building the pyramids, but they are made of stone and you cannot hack into them and steal information.   With everyone in the world online, and that is the stated goal in so many words, just imagine the havoc that can, and will be, caused by hackers.   How do you protect all those computers?  It doesn’t seem that there’s been a computer made that couldn’t be hacked.

As part of this very ambitious plan to wire the world, satellites and drones would be used.   In this day and time, our enemies and potential enemies would certainly see these things as an invasion of their airspace, if not their homes.   It’s not outside the realm of possibility that Zuckerberg has bitten off more than he can chew…at least for the time being.  Keep it up, and one day you might wind up THE richest man in the world, but for now, you’re probably in the top ten…and that’s not bad either.