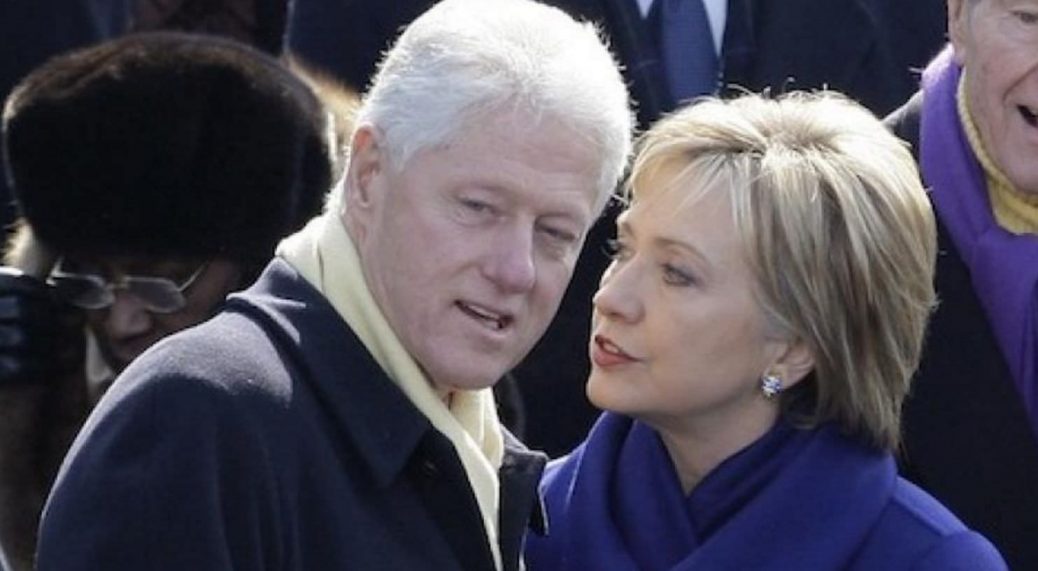 Another day, another massive revelation from the internal Clinton documents being released by Wikileaks. Yesterday’s hacked emails reveal the most loyal and long-standing Clinton staff have significant concerns about the ethics and legality of Bill and Hillary’s practice of using government positions to build their own wealth.

Unlike most of the revelations from Wikileaks, the mainstream media actually picked up this story and do a fairly good job of unpacking the latest Clinton Scandal dubbed “Clinton Inc.” As introduced by Politico:

“As a longtime Bill Clinton adviser came under fire several years ago for alleged conflicts of interest involving a private consulting firm and the Clinton Foundation, he mounted an audacious defense: Bill Clinton’s doing it, too. The unusual and brash rejoinder from veteran Clinton aide and Teneo Consulting co-founder Doug Band is scattered across the thousands of hacked emails published by WikiLeaks, but a memo released Wednesday provides the most detailed look to date at the intertwined worlds of nonprofit, for-profit, official and political activities involving Clinton and many of his top aides. The memo at one point refers bluntly to the money-making part of Clinton’s life as ‘Bill Clinton Inc.’ and notes that in at least one case a company — global education firm Laureate International Universities — began paying Clinton personally after first being a donor to the Clinton Foundation.”

This latest revelation of corruption is unique in that it is communicated by the Clinton inner circle and, in some cases, even by Chelsea Clinton. It’s also not particularly complicated – Bill Clinton is using Hillary’s staff to raise money for the Clinton Foundation and for himself at the same time with the same donors. The story continues as detailed by the Washington Examiner:

“Band acknowledged the “unorthodox nature” of his and fellow foundation staffer Justin Cooper’s relationships to Clinton over the years, as both aides had served overlapping roles at the foundation and in pursuit of personal profit for the Clinton family. ‘Independent of our fundraising and decision-making activities on behalf of the Foundation, we have dedicated ourselves to helping the President secure and engage in for-profit activities – including speeches, books, and advisory service engagements,’ Band wrote. The resulting deals often involved a mix of foundation donations, paid speeches and consulting contracts for Bill Clinton, lumping charitable and personal financial work together in ways that may have crossed ethical boundaries.”

If you’d like to see the grubby details, the original 11 page memo can be read here. At this stage in the election cycle, it’s hard to tell what will get traction and capture the public’s attention and what won’t. What is clear however is that as Wikileaks releases daily emails from the inner workings of the Clinton machine, this family has been and continues to be a criminal enterprise that is best described as a crime family.

The question for you and I is simple – regardless of political affiliation, opinion on Donald Trump and his various misdeeds, or preference for making an ideological stand by voting for a third-party candidate, do we want this crime family in control of the White House again?

If so, vote for Hillary, Jill Stein, or Evan McMullin. It doesn’t matter who you pull the lever for of those three, the effect is the same – getting Hillary into the White House.

If not, vote for Donald Trump as he is the only candidate, at this stage, two weeks away from Election Day, who can keep the Clinton Crime Family out of the White House.