An ex-Disney employee is warning America that the Disney corporation no longer wants Christians anywhere near it — from employees to customers, they want all Christians to stop engaging with Disney.

Speaking to Fox News, ex-Disney employee Barbara Andreas, who was let go in March, said, “We’ve been very vocal that it feels like Disney is getting closer and closer to not wanting Christians there. Not on their parks, not on their payroll.”

The discussion broke out among ex-employees after Disney began firing any Christian who didn’t want to take the coronavirus vaccine.

Andreas said that employees were “made to feel like a bad person, a bad leader, and totally singled out.”

“We want to be valued; we want to be accepted… Disney just thinks they are above the law,” Andreas added.

Recently, evangelical leader Franklin Graham blasted Disney for going all-in on the side of the hardcore, anti-American left in the cancel culture wars.

“What has happened at Disney is moral failure. Walt Disney had a vision for wholesome family entertainment,” Graham said. “Disney has gone too far.”

But many people are starting to understand where Disney is headed.

Disney’s stock is collapsing and is now down nearly 50 percent since the entertainment giant began going all-in on grooming little children to be sexually abused by radical leftists.

But even as Disney is going all in for the radical, un-American, groomer agenda, Americans are responding by turning against the company and its dangerous agenda. 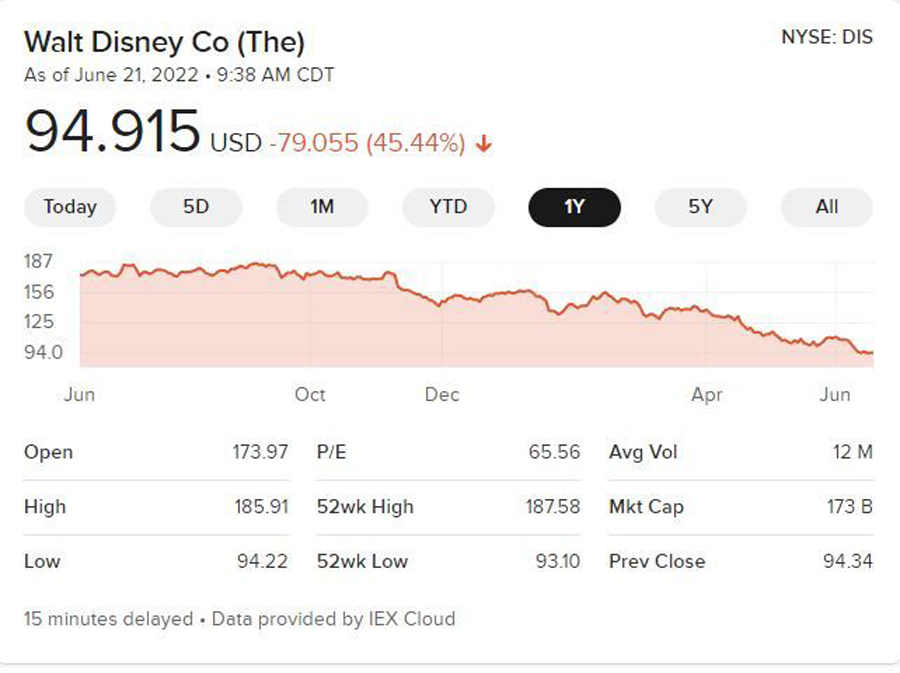 Disney has spent years making every show gay, adding transgender characters to kids shows, swapping genders on famed characters, rewriting everything to eliminate white people, and then going outside its entertainment purview to donate billions to left-wingers attempting to materially alter America and instill hardcore leftism in the nation starting by targeting kids.

No wonder Americans are beginning to look elsewhere for their entertainment and causing Disney’s stock to plummet.