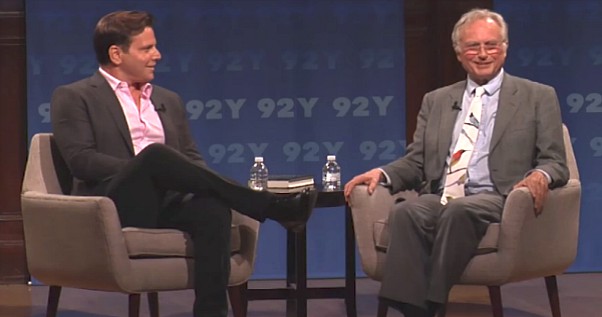 Evolutionary Atheist Richard Dawkins just became an ally of the right in the battle for free speech on our college campuses.

In a recent conversation about his new book Dawkins argued that the loss of freedom of speech on college campuses could destroy real academia.

Dave Rubin: “When that happens, do you ever have a moment where you say wow, something has really veered off the path here? In politics, but in society as a whole.”

Richard Dawkins: “We really have. Mine was just a minor episode… But there have been a large number of cases, where on university campuses, there have been protests preventing people from speaking… because they just don’t like what they think they are going to hear. And it is really sad, when you think that a university of all places –is the place where ideas should be aired, and exchanged, and disputed, and argued over– Go along and argue, that’s what the university is for. This sort of soft, sappy, inability to take something that we find offensive, and hurtful, it is pathetic, it is contemptible.”