Evil Control – With A Gun 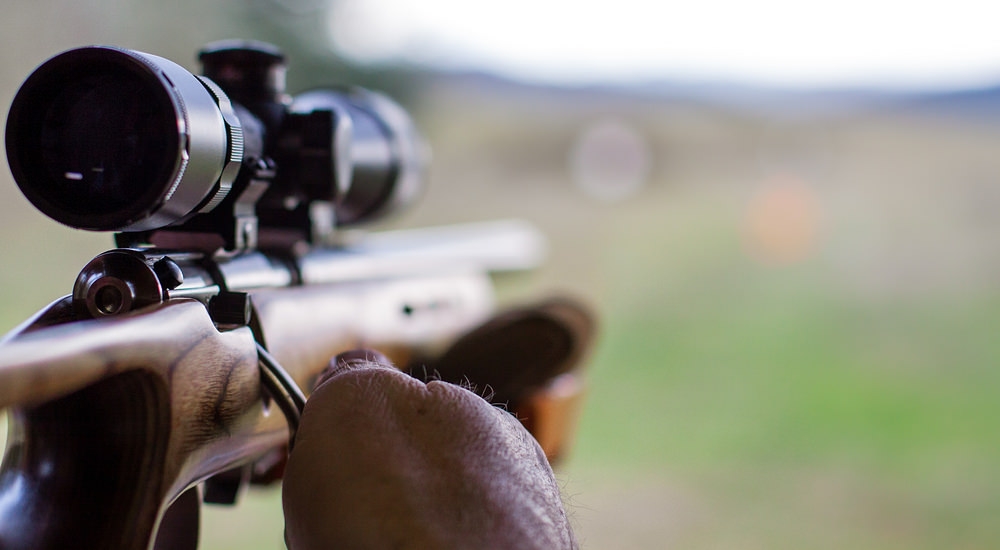 Two weeks prior to the school shooting (15 minutes down the road from where my kids attend school), I attended an active shooter drill at our church / school that was conducted via a local SWAT team from Broward County. I am the parent of not only students at that school; but also an educator at that same school. My heart resides there.

At the active shooter training, they claimed that a response time would be about 2 minutes; which was odd….because I had read numerous times that the typical mass shooting lasts less than 3 minutes and the typical police response time was between 8 – 11 minutes. Naturally, I was very interested in the response time of the same agency that visited the shooter’s home 39 times in the past.

I learned, from reviewing timelines, that the shooter was in the school for 7 minutes after the shooting began and he walked off campus, not stopped by police; indicating a response time of at least 3.5x what the local SWAT team claimed would be law enforcement’s response. Actually, all of the timelines that I’ve seen conveniently leave out when police actually first showed up. You’d think that would be among the most important of facts to post; right? Now, I’m not trying to bash the BSO here. In all honesty, I think they’re actually much better than most local law enforcement agencies in the country and I’m darn fortunate to have them there in case of emergency. What I’m trying to say is this, irrespective of law enforcement agency: when seconds count, the police are just minutes away….and every minute; every second is precious in an active shooter scenario.

I’ve heard folks make comments about the AR-15 that the shooter used being capable of killing “17 people in less than a minute” and being a weapon of war that only the military should possess. Here’s the reality: this shooter killed or injured one person every 13.5 seconds with the AR-15…something that could have been accomplished with ANY semi-auto firearm OR REVOLVER during a 7 minute uncontested shooting spree. A wild west single action Colt cowboy revolver could have been used to accomplish this sinful carnage; but it wasn’t. The AR-15 argument is moot, given the long time that the shooter was uncontested and his (thank God) relative inexperience and/or bad aim. As horrific as things were, there could have been many more killed or injured. The response time (which is vastly unreported) is what matters when it comes to 30+ people being killed or injured; not the weapon.

With police response times being far from what they claim they will be, it’s important for citizens not to be sitting ducks. We can’t pretend that we love our kids and allow them to be unprotected targets when we have become aware of a trend: troubled kids shooting innocents at schools across the country. Let’s face it, there’s an evil in our society that’s extremely pervasive. We need to be honest and admit that there’s an evil that targets innocent lives in schools. Next, we need to realize that all schools are gun free zones and those are soft targets. Lastly, we need to realize that evil people don’t follow laws; rather, they break them.

We can find excuses /causal elements that factor into the evil mind: psychotropic drugs, untreated depression, desensitization of violence via video games, etc. BUT, the evil is real and it’s at the root of what’s wrong with society. What excuse is there for any kid to shoot up a school? None; it can’t be justified. With the evil being real and being constant and repetitive, what’s the logic for keeping all folks within schools, who are legally licensed to carry almost anywhere else, unarmed? What happened when the ban on keeping military bases gun free ended? Shootings stopped.

There was a time when airport security in the country was non-existent. Then, we had a bunch of hijackings. The response was to layer security checks to keep the evil out. Then, we had 9/11 wherein planes and box cutters were used to kill 3,000 people. What did we do? We added additional security measures and body scanners to try to identify the evil and to keep the evil away from the thing that the evil person wants to harm; and we increased Federal Air Marshal presence and allowed pilots to be armed, in case the front line detection failed. We did three things: (1) we admitted that there was a real risk factor (2) we implemented barriers and increased levels of identification and protection and (3) we placed a good guy with a gun as fail-safe protection.

Now, let’s look at schools: mass shootings occur way too often, perpetuated by kids / young adults; but the TOOL of evil is vilified more than the person executing the evil plan. Do we focus on creating a barrier between evil and the kids and teachers like we did when we added front line security at airports? What about when there were repeated successful threats? Did we increase meaningful security and add fail-safe measures like was done in the airline industry? Armed security? Metal detectors? Teachers allowed to concealed carry? No…because it’s more important to have the illusion of being in a safe place than actually making that safe space real. Ironically, we’re dealing with places of education; but, we can’t learn from the attacks. It seems more expedient to use dead or injured kids as pawns in a gun debate than it is to actually protect them. Damn it; we leave them completely exposed and vulnerable!

People demonize the NRA; but how about the powerful union, the NEA (National Education Association) whose three steps to reduce school violence have nothing to do with protecting kids from an active shooter situation? Why is it that folks who run banks and who run armored car companies have figured out how to stop an armed attack but educators can’t be educated on this matter without appealing to broader policy issues and a push for regulatory reforms? Is there nothing more precious than our kids? Are they not worth protecting? The response to a school shooting it to play offense and to attack the social issue rather than putting up true defensive barriers to stop the actual immediate threat. The NEA says, “Gun violence is a safety issue, not an infringement on our rights.” Hello! If there’s a safety issue at the school, make the school safer! That should be the starting point. There’s no greater infringement on anybody’s rights than to force them to be defenseless and then not defend them.

The evil is there. It’s not going away. There are as many guns in this country as there are people, and the AR is a popular sporting rifle with greater than 5 million in circulation. Guns are not going away either. They are part of our bedrock as evidenced by the Second Amendment and supporting documents like Madison’s Federalist 46. How do we react to the real evil? When I went through the active shooter course at my kids’ school, they taught us how to make barriers and how to hide….because that’s all that you can do: hide and pray; oh yeah: and if you can get close enough to the shooter, stick a pencil in his eye (no kidding; we were told that).

Here’s the current reality: no good guy with a gun will be there to protect your kids until the cops show up. Maybe cops show up in 2 minutes as promised; maybe it’s 7 minutes+. Whatever you’re told the response time will be, you can’t bank on it. Call me crazy, but I think kids are worth defending and that they shouldn’t be sitting ducks. I trust teachers with my children all day; surely I’d trust them to defend my kids, using deadly force….if they were allowed to do so.

The evil is in the person. Take away one weapon and they’ll use another. Having NO defensive strategy (other than hiding) against the threat of evil is not a strategy; it’s a surrender at the point of attack in hopes of what? A later policy win? Education involves learning. Insanity involves leaving the kids and teachers defenseless, keeping schools gun-free zones, and assuming the bad guys will decide to start following the law after the most recent deadly events in Parkland, FL.