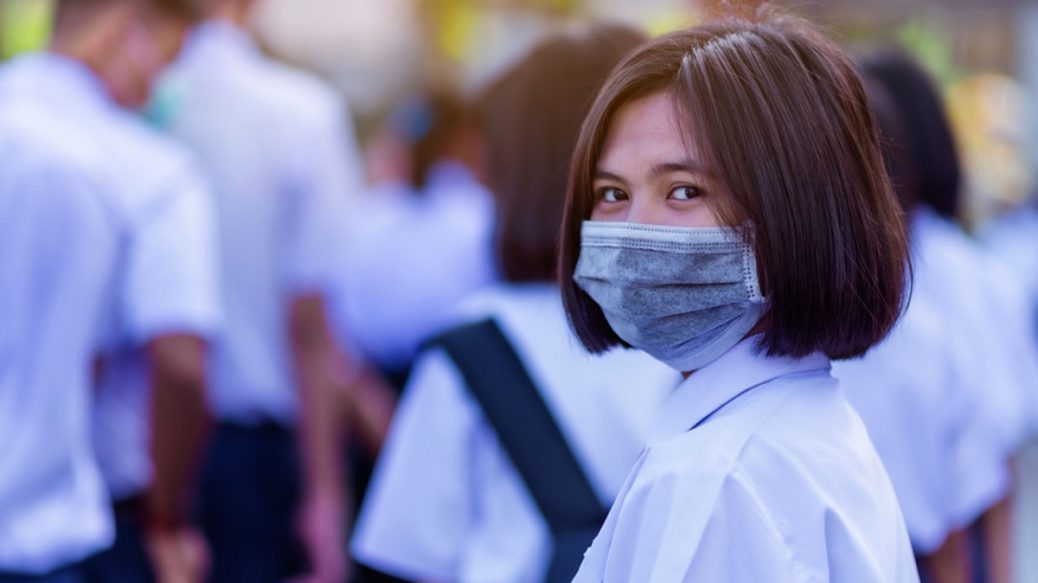 The liberal governors of deep blue states are starting to edge away from mask mandates as protests in school board meetings across the nation continue to grow.

Governors in the deep blue states of Connecticut, Delaware, New Jersey, and Oregon have announced plans to dump their school mask mandates.

The governors of four states announced plans Monday to lift statewide mask requirements in schools by the end of February or March, citing the rapid easing of COVID-19´s omicron surge.

The decisions in Connecticut, Delaware, New Jersey and Oregon were announced as state and local governments grapple with which virus restrictions to jettison and which ones to keep in place. The changes also come amid a growing sense that the virus is never going to go away and Americans need to find a way to coexist with it.

New Jersey Gov. Phil Murphy called the move ‘a huge step back to normalcy for our kids’ and said individual school districts will be free to continue requiring masks after the state mandate ends March 7.

Other left-wing states, including New York, California, and Illinois are persisting with their un-scientific mask mandates, not just for schools, but for everyone, though California is sunsetting its indoor mandate in some cases (even as some counties are refusing to agree).

The move comes as school boards are being inundated with parents furious over the absurd and dangerous masking of their children.

This is not to even mention the huge protests against masks that are rising around the world, including in our northern neighbor, Canada. Clearly these states don’t want protests to begin rising just ahead of the 2022 elections!