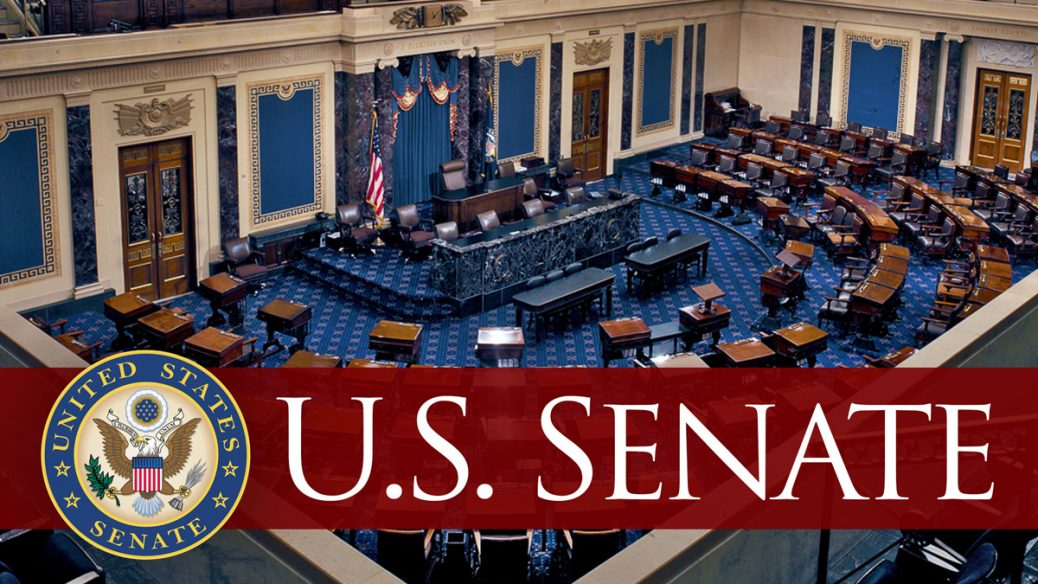 You might wonder just how bad the Democrats’ prospects are during this year’s midterm elections when even left-wing NPR is predicting that ten U.S. Senate seats will switch from blue to red.

In its April 13 analysis, NPR gravely noted that “the landscape has shifted,” away from Joe Biden and his Democrats.

When Biden won the presidency, NPR noted, Democrats were exuberant that come 2022, his success would usher even more Democrats into Washington D.C. — Especially in the 50/50 split U.S. Senate.

BUT… “That is not the thinking now,” the outlet lamented.

“With Biden’s struggling approval ratings in states across the country and high inflation a top concern for voters, Republicans have significantly improved their likelihood to take control of the Senate, based on conversations with operatives and strategists in both parties.”

Indeed, NPR feels that the GOP could gain as many as ten U.S. Senate seats come November, especially if it becomes a “wave” election.

Here is their analysis (summary via The Blaze):

Pennsylvania Republican Senator Pat Toomey announced he would not run for re-election, so the seat is open. The big news here came over the weekend when Dr. Oz got the endorsement of President Trump. Dr. Oz is facing off against a guy who went to West Point. However, there’s a lot of pushback against this endorsement because there is not much evidence that Dr. Oz is a conservative.

Georgia Democrat incumbent Raphael Warnock is a terrible candidate, especially for Georgia. Warnock might have to face Herschel Walker. “Of course, [Herschel] was possibly the most outstanding college football player,” Stu explained. “Walker arguably had the greatest single football season in any professional league.”

Wisconsin Republican Senator Ron Johnson first took office in 2011. Once a blue State, Wisconsin is now clearly purple, thanks to President Donald Trump bringing a new contingent of voters out. Wisconsin is now very competitive, and Ron Johnson connects with the traditional conservative crowd and the MAGA crowd. Johnson found a sweet spot in between and has a good chance of winning this race.

Arizona Democrat Senator Mark Kelly took office in December 2020 following a special election victory in November 2020. This incumbent has not distinguished himself the same way Kyrsten Sinema has. Sinema showed an independent streak and stood against some of the wilder programs on the left and could be a lot worse than she’s been so far. So hopefully, we will be pleasantly surprised by her going forward. Kelly, on the other hand, is a replacement-level Democrat where Republicans are heavily favored.

North Carolina’s election will fill the Senate seat held by Richard Burr (R), who first took office in 2005. Republicans should be able to keep this seat.

Florida Senator Marco Rubio assumed office on January 22, 2009. His current term ends on January 3, 2023, but Rubio should have no problem winning this race in this environment.

Colorado Democrat Senator Michael Bennet assumed office on January 22, 2009. His current term ends on January 3, 2023, and he is up for re-election. Stu believes Republicans could flip this seat, but it would be a long shot. But in a wave election, Stu said, Republicans could pull off.

Maybe not all of them, of course. but even if 4 or 5 flip red, that gives the GOP full, convincing control over the upper chamber.