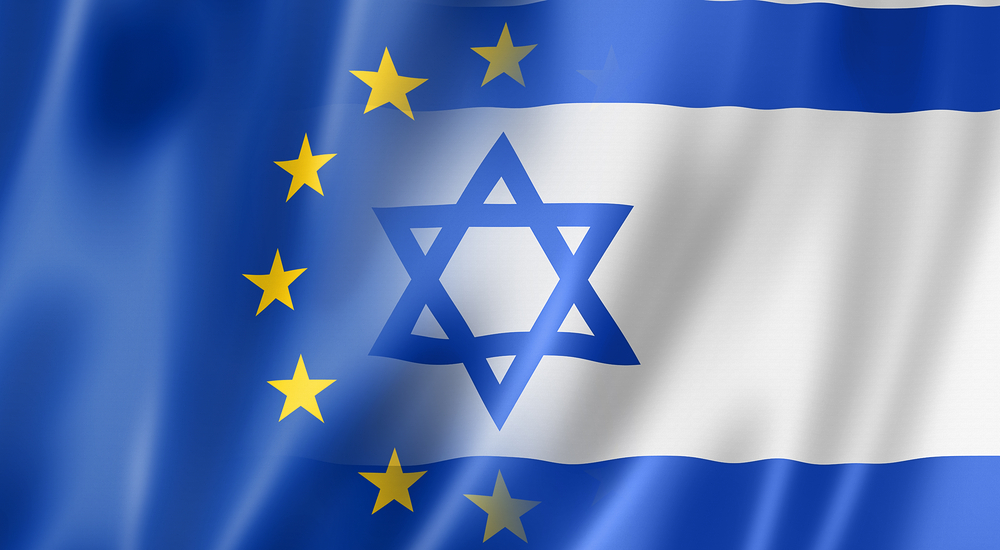 We are well aware of the many ISIS or ISIS inspired attacks throughout Europe. It is interesting that since the rise of ISIS, these attacks appeared directed at the European infidels and not just the long-proclaimed enemy of Islam – Israel.

Not that there are continuing attacks on the Jewish state – there are as there have always been. But recently they have taken a backseat to the mass carnage inflicted upon Europe and the United States by the Islamic State.

But why? Hasn’t it always been the number one cause of Muslims to avenge the oppression of the poor displaced Palestinians and drive the Jews out of Israel and into the sea? Has that not been the clarion call of all Muslims since 1948?

Heck, even individual European nations as well as the EU have, for want of a better term, conspired with Muslim nations and terrorist organizations to take down Israel.

For decades, “Europe had a cushy arrangement – all the world’s jihadists were so fixated on Israel that they were willing to overlook long-standing hatreds against ‘Crusader’ Europe, as long as Europe would help them wage war on Israel.”

Countries including Switzerland, Germany, France and Italy “sought deals under which Palestinian terrorists would operate freely in their countries – usually without fear of arrest, but with swift release guaranteed if arrest were necessitated by American pressure – and in exchange, the terrorists wouldn’t attack those countries.”

All they had to do was make sure that the terrorists remain fixated on the Jewish state by maintaining a steady drumbeat of anti-Israel outrage.

But now things are different. There’s a new Jihadi in town – ISIS.

Abu Bakr al Baghdadi, the Caliph of the Islamic state, wrote a few months ago in Al-Naba, the official ISIS publication, that “Waging jihad with the aim of replacing the rule of the Jews with a regime like that of those who currently rule Gaza and the West Bank is jihad that is null and void – because it is being waged for the sake [of the Taghout], not for the sake of Allah.” The Taghout is all that is worshiped apart from Allah – not true believers and idol worshipers.

In fact, “Muslims everywhere should fight the infidels nearest to them,” since that’s where they have the best chance of succeeding.

Baghdadi added that, followers of ISIS are told that, “waging war against infidels is the duty of the Muslim residents in the closest region,” and that, “Allah ordered his worshipers to fight all the infidels, without exception. Allah said: ‘And fight against the disbelievers collectively as they fight against you collectively. And know that Allah is with the righteous [Koran 9:36].’”

Europe is reaping the jihadist whirlwind it thought it could control with its cozy little arrangement with Islamic terrorists. Now Europe has been forced out of its slumbering denial state into reality – and who are they now looking to for assistance?
That’s right – Israel. How ironic!

Europe wishes to know how the country they’ve been stabbing in the back for all these years is able to thwart at least some of the lone-wolf Street attacks happening in Israel. It’s taken direct multiple attacks for Europe to finally wake up “to the seriousness and true nature of the threat posed by Islamic jihadists, as opposed to the fantasy scenario that leftist and mass media have been straightforwardly portraying.”

EU Counter-Terrorism Coordinator Gilles de Kerchove recently visited Israel to discover how they are able to thwart such attacks.

It seems that unlike Europe and our NSA, who tell us they must mine all our data, Israel found this to be completely ineffective.

Instead, Israeli intelligence has been concentrating on social media. Such platforms are monitored, looking for lone wolves who may give “even a valedictory Facebook message which can often be picked up by Israel. In such cases, it would be a low level ‘green alert,’ meaning the person should be looked at further, whereas a ‘red alert’ would warrant instant action. That leaves the security services to decide how to handle matters.”

Israeli officials will not divulge all their secrets or how far the technology has come, but all things being equal, they have been quite successful.

Going forward it will be interesting to watch how historically anti-Israel Europe will deal with the Jewish state, now that they too are under attack.

And the attacks are likely to continue, for “Even if the Islamic state is eventually pushed out of Syria and Iraq, its ideas are now loose in the jihadist universe and can’t be put back in the bottle – thus Europe would be better to team up with Israel against the common threat rather than helping the jihadists play divide and conquer.”