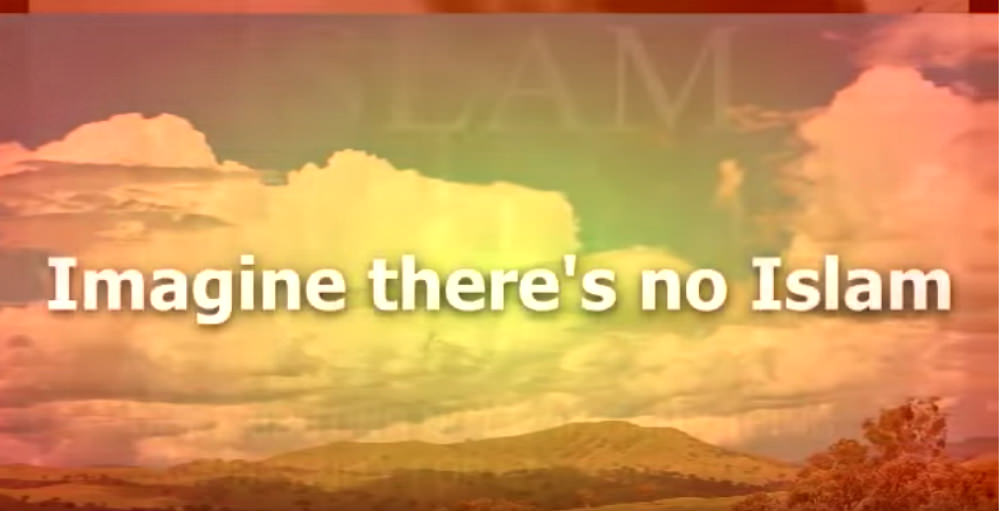 Can’t we say “Don’t Like You, Mohammed”? Not in Europe.

A legal entity in Europe has challenged the Austrian court to see if speaking against Mohammed is illegal (European Centre for Law and Justice, ‘Observations in the case of E.S.v.Austria’, application 38450/12). The court in Austria has already passed judgment, that the ‘criminal’ must either pay a fine or end up in prison for sixty days. The legal body, ECLJ, feels so strongly about what they see as a miscarriage of justice, they have taken to founding a petition online (http://citizengo.org/en/ec/37129-defend-right-criticise-islam-europe).

This as a vital form of opposition, given the widespread Islamic terror currently sweeping Europe. If this one person is silenced over stating what Mohammed actually did (took a girl age six and consummated marriage to her at age 9), and which is publicly stated by Islam, it means that Austria is binding itself to sharia law, and not to state law and freedom of speech. The court looked at the ‘hurt feelings’ of Muslims; it wanted ‘religious peace’, and condemned the statement about Mohammed’s morality as so-called ‘blasphemy’! For Islamists this has nothing to do with their ‘feelings’ or even blasphemy – it is all about Islamic supremacy.

The construction of this finding can easily be used to imprison anyone who questioned the morals of Hitler! To pander to Islam this way is dangerous, because it allows Islam to spread its wares, just as crack-cocaine gains its market, with no check whatever. Yet, Islamists everywhere shout obscenities, immoralities and religious hatred against Christians and Jews every day of the week, coupled with violence and murder! But, they are not taken to court. Instead, they are feted and dined in acts of appeasement that are blatantly, dangerously shameful.

Austria cannot rest easy, for the ECLJ have lodged an appeal with the European Court of Human Rights in Strasbourg. Personally, I see little chance they will overturn the absurd, cowardly Austrian judgment. The ECHR hardly ever does so when an appeal arises from Christians in particular, as well as from those who wear thinking-caps. Also, German governmental feeling, which leads all EU states by a nose-ring, will not allow anything remotely anti-Islamic to run free.

The woman who was judged spoke in a conference of the way Mohammed procured a child for his own gratification. In any language this is predation, molestation and paedophilia, something (along with popular child rape) that is prevalent in all Islamic communities. But, not if you are a European court terrified of Islamic reaction. You can THINK it but you cannot SAY what is so obvious! This gives a clear message to Islamists that Europe will concede at every turn to its demands, no matter how insane. And this bodes ill for all the West. Obama is continuing to spread this form of appeasement in the USA. But, when appeasement measures reach saturation point, it merges into obedience, and there is no turning back from that point onwards.

The court condemned the woman speaker for “disparaging a person who is an object of veneration”. That is why I say the same condemnation could be used of anyone who speaks against Hitler, venerated by neo-Nazis. Veneration does not bring automatic approval or acceptance of that venerated person’s character or actions. The fact that some Muslims are indignant is meaningless; my response is “So what?”

Again, I refer the reader to the daily abuse poured upon Christ, the true God, Christians and Jews by Islamists. Add actual bodily harm and murder to the list of Islamic atrocities, and the causing of some ‘indignation’ simply by stating historical fact is absolutely absurd, a folly that will cause great harm. How can mention of Mohammed’s procured child bride be ‘libel’ when it is in the Koran and is boasted of by Muslims?

The same woman speaker added that “Muslims get into conflict with democracy and our value system.” This is true! But, Austrian judges don’t want this idea spreading to topple the fake ‘peace’ of Islamists living in the West, even though they have no intention of living in peace. As I have shown in an earlier article on Islam, to Islamists ‘peace’ literally means the time when all the world is subject to sharia and Allah!! Islamists are not just in conflict with democracy and Western values – they combat the West physically and verbally.

If this charge of blasphemy remains, all the West can wait for even more trouble from Islam. It is Islam that tries to force the UN and the West to submit to laws of blasphemy and “libel against Islam”. The ECLJ has fought for ten years to instruct the UN in its duties (though the UN attitude towards Israel is lamentable and grossly unethical). It is my view that the UN is but a short step away from allowing these demands of Islam into international law. It is the start of dhimmi, the so-called ‘protection’ (rather like the Mafia protection rackets in Chicago) of non-Muslims so long as they pay taxes to Islam and become second-rate citizens… until Islam turns on them fully. Obama and Europe are working hard to bring this about. I cannot overemphasise the importance of this case, which will affect everyone in the West.