What the Euro Crisis Really Means 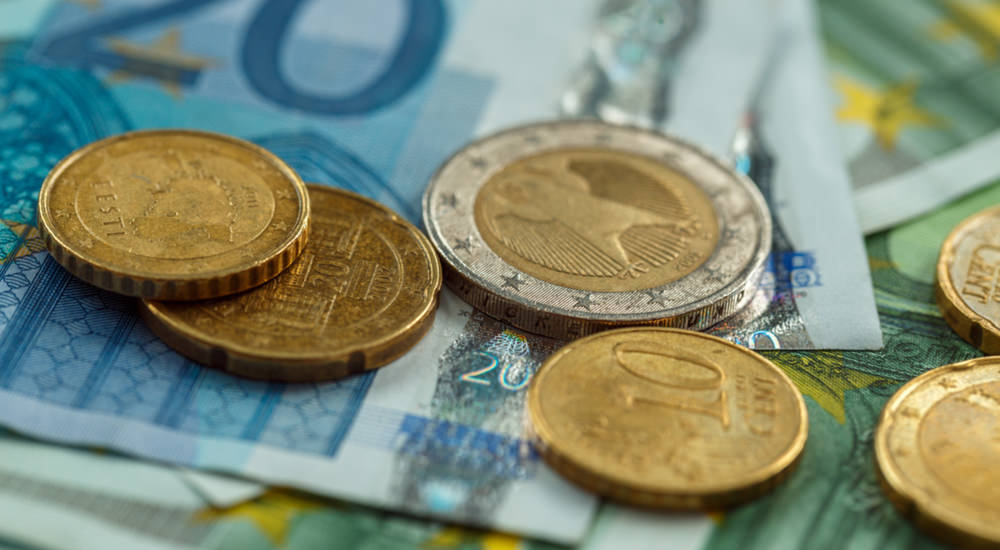 The alarm warnings are going off in Europe. International markets under pressure, global tensions rising and the financial system stressed to the point of breaking. Europe is ready for a relapse. It may be a very cold winter without Russian gas. Yet the technocrats in Brussels just go on their merry way in dictating the future to the vastly different societies and economies that make up the EU block. The Guardian expands this theme in the article, The eurozone crisis – history is repeating itself … again.

“Monetary union is a textbook case of the dangers of allowing politics to trump economics. Germany is a completely different economy to Greece. Portugal’s economy is not a bit like that of the Netherlands. Italy was able to remain competitive in the pre-euro days only by regular devaluations of the lira. To yoke all these countries together in a one-size-fits-all single currency was an act of supreme folly.”

The predictable consequences that brings Back to reality The debt of some euro-zone economies looks unsustainable is a factor that cannot be resolved by injecting more money into a debt ridden system.

“Government debt looks more intractable, especially in light of the lacklustre growth and slide towards deflation that now seem entrenched. A recent analysis by Fitch, a rating agency, suggests that it will be very hard for any highly indebted euro-zone government to reduce its debt-to-GDP ratio by 20 percentage points over the next eight years, still less return it to its pre-crisis level. Governments need to run primary (ie, before interest payments) surpluses in order to pay off existing debt.”

No sane person believes that government debt will be reduced. The imaginary recovery only became a painful hardship for EU subjects. Not so for the elites who benefit from the single currency at the expense of their fellow taxpayers. This time around the circumstances may be different.

Even a publication like the Business Insider touts the Economists viewpoint in The Future Of The Euro Could See Trouble This Week.

“Indeed, the political risks to the euro may be greater now than they were at the height of the euro crisis in 2011-12. What was striking then was that large majorities of ordinary voters preferred to stick with the single currency despite the austerity imposed by the conditions of their bail-outs, because they feared that any alternative would be even more painful.”

The EURO currency has a permanent flaw that no amount of tweeting can correct. Europe has always been a hot bed of national differences. Utopian dreams of uniting dissimilar cultures and very divergent economies under the fig leaf of a political union have always been a formula for failure.

The German economy has emerged as the bankroll of last resort. Applying the same political pressure used throughout the post war era to bully the Federal Republic of Germany into paying a disguised version of reparations to sustain the EU is coming to an end.

“If the ECB does launch a buying program for government bonds, another problem arises. To avoid coming under the suspicion of trying to provide funding primarily to crisis-ridden nations, it will probably have to acquire the bonds of all euro-zone countries. For the ECB itself, the most likely approach is to simply base its bond-buying program on each country’s initial contribution to the ECB, known as the capital key.

It’s no surprise that the ranks of skeptics are also growing within the ECB. Bundesbank President Weidmann has long warned that the central bank cannot be allowed to become a “sweeper” for policymakers. Now German ECB Supervisory Board member Sabine Lautenschläger is coming to his defense, saying that the purchase of government bonds could only be a “last resort” in the event of a deflationary spiral, essentially the final ammunition of monetary policy. The critics of further quantitative easing measures also include the Executive Board members from Luxembourg, Austria, the Netherlands and Estonia.”

The tool box of the EU’s monetary gears is clashing with the speed of the declining health of commerce. Even cheap oil will not get the economic machine back on track. The psychology of deflationary expectations builds fear at a much higher pace than transactions in the cash register.

Tourism has long deposited favorable sums in the EU economies. As long as the feeble international recovery crawls along, this may delay panic from internal downturn in domestic activity. The vulnerability of any reduction in foreign visits is an added component that does not affect most of the rest of the world in the same way.

So what signs to watch as the New Year unfolds? Peter Spence in the Telegraph provides a list of Six triggers that could renew a eurozone crisis in 2015.

Each of these national concerns that could spark a new run on the EU currency can only accelerate the deficits in governmental budgets and depress economic activity.

The risks of a political implosion in the EU union among conflicting economic and social concerns are mounting. However, the entrenched elites who dominate global commerce control the political decisions. Unruly protests have a long tradition in Europe. As the velocity of money slows, the prospects of earning a livable existence sink. The socialist model has only been sustained by massive sovereign debt financing.

When the European financial press reports on the warning signals of a significant crisis brewing, everyone should take notice. The relative foreign exchange conversion rate for the EURO may not concern most Americans. However, the long history of European political intrigue has always influenced global economic realities. The next chapter of financial crisis may well be written in Brussels.