Obamacare is on the Ropes but the GOP Won’t Finish the Job! 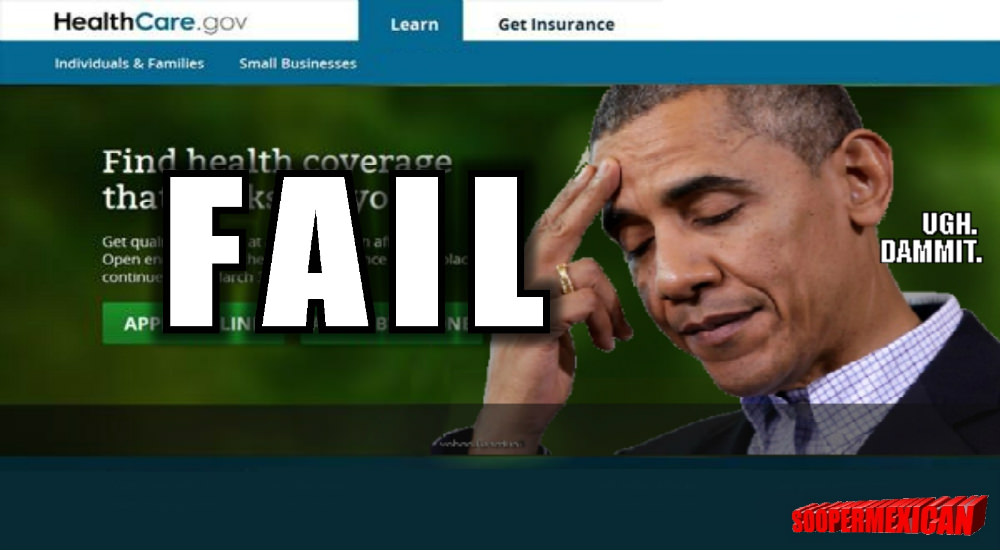 One of the motivating factors of those who chose to vote for Donald Trump in the 2016 General Election was his promise to affect the repeal of the Affordable Care & Patient Protection Act, otherwise known as Obamacare. American voters knew that should the unconstitutional law remain in effect through 2017 not only would there be no return from its snares, but that the Middle-Class in the United States would be damaged, financially, beyond repair.

So it is incredibly disappointing to hear that some establishment Republicans – including two traditionally thoughtful men – are floating the idea of not repealing the total of the law and, instead, “repairing it.” Sens. Orin Hatch (R-UT), and Lamar Alexander (R-TN), are espousing just that notion. They, along with usual suspect Republicans in Sens. Susan Collins (R-ME), and Bill Cassidy (R-LA), are providing the avenue to a catastrophe that Progressives and Liberal Democrats could have only dreamed of achieving: the fracture of the Republican Party and creation of a third political party.

For almost eight years now the American people have stated – with a clear throat and a loud voice – that we didn’t and do not want Obamacare. We have suffered both financially and physically, at the implementation of this law; a law that, by all accounts, is unconstitutional, both for the way it was legislated and for its mandate that the people purchase a private sector product to be in compliance with the law. It has broken businesses, put families into debt, seen an overload of the healthcare system so that people have to wait sometimes months to see a physician, and added an incredible amount of debt onto the backs of the American people as a nation.

And since its implementation establishment Republicans have run on the political platform that they would repeal Obamacare at their very first chance. The promise was issued on the campaign stump, in op-eds, via position papers; it was legislated so many times by congressional Republicans that their Democrat counterparts – who maintained their ability to thwart repeal until the 2016 General Election – found comedy in their political flailing.

We were told, in no uncertain terms that if we delivered to the Republican political apparatus the House, the Senate and the Oval Office they would repeal and replace the Affordable Care & Patient Protection Act. We were told it would be a free-market solution to a private sector problem; that we would have choices; and that the financial burdens and unconstitutional government mandate would be immediately lifted from our shoulders.

So we did. We delivered the House, the Senate and the White House to the Republican Party expecting that the first order of business would be to remove the weight of Obamacare’s burden from our backs and our wallets. To date we still wait for that most important of promises to be kept now that Republicans have the ability to affect relief.

But as we move forward, rumblings of keeping Obamacare on the books and manipulating its provisions are being heard in the halls of Congress. And many of us fear that we have been led – once again – down a path that will arrive at a continuation of the political games that moved many of us to vote for President Donald Trump in the first place.

Collins and Cassidy’s plan would actually expand Obamacare. Their plan would literally allow states to continue to offer Obamacare with the caveat that the new state-run government insurance initiatives would have to be “price transparent” on medical procedures. Their plan would keep the existing Obamacare subsidies and tax credits provided in the original 2010 law, and extend coverage to 30 million more uninsured Americans.

That’s not a replacement plan. It’s an extension and expansion of Obamacare that would make Richard Cloward and Frances Fox Piven envious in its destructive power.

Now we have Senators Hatch and Alexander adding to the “repair” narrative, expressing sentiments that the process of repeal must, necessarily, move slowly in order to achieve a successful end. “I think of it as a collapsing bridge,” Alexander said. “You send in a rescue team and you go to work to repair it so that nobody else is hurt by it and you start to build a new bridge, and only when that new bridge is complete, people can drive safely across it, do you close the old bridge…When it’s complete, we can close the old bridge, but in the meantime, we repair it. No one is talking about repealing anything until there is a concrete practical alternative to offer Americans in its place.”

Hatch added in a separate statement, that he was “open for anything that will improve the system.” He went on to say he “couldn’t wrap his mind around” repealing or repairing the healthcare law.

This is not what the American voters put Republicans in control of government to achieve; the continuation of Obamacare in any form. We voted them into power to achieve full repeal and restoration of the free-market in the private sector business of health insurance.

The “do no harm by just repealing” narrative is a false-flag narrative at best. It is an out-and-out lie at worst. Removing the Obamacare mandate and immediately removing/repealing legislation that allowed for the compartmentalization of health insurance into insurance company domains across the nation would immediately create competition that would dramatically reduce health insurance prices. Further, young people who today cannot afford health insurance without a government subsidy would be able to purchase a lesser cost catastrophic insurance, more suited to the needs of youth.

Government (read: Republicans) could affect tax credits to insurance companies that provided coverage for pre-existing conditions so as to affect a lower premium price to those who suffer from chronic and/or terminal illnesses.

Government (read: Republicans) could affect tax credits to small businesses who band together to offer comprehensive coverage to their employees thus creating larger pools of the insured so as to reduce the market prices of individual policies. The notion conjures up the thought of what credit unions are based on.

And, quite honestly, the only people who are concerned with making adult children attain their own health insurance policies are the insurance companies who want to maximize profit. It shouldn’t matter who pays for the health coverage if the product is for a family in the immediate, i.e. Father, Mother, Daughter(s), Son(s). The natural progression of children moving on in life – and the attrition of life itself – would see them having to establish their own family plans at some point.

We are angry to a level that would see most – if not all of us, get behind a leader who would foment the splitting from the Republican Party to form a potent third party in order that political promises – such as the repeal of Obamacare – are finally kept. This would decimate the GOP, if not render it to the dust bin of history along with the Federalist and the Whig Parties.

It is the stuff Progressive dreams are made of.