Establishment Hacks Circle the Wagons Around the Convict-in-Chief 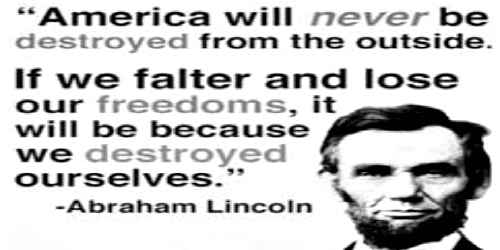 Hillary Clinton is in trouble – if not legally, than certainly politically. And it’s obvious that she and her campaign know it. Instead of the usual fake stoicism and cackling wicked-witch laughter, she is visibly shaken and angry at FBI Director Comey’s temerity for reopening the email scandal case against her highness.

Unlike Republicans, democrats have circled the wagons around their hopelessly crooked candidate. But it’s not just the Dems who are coming to defense of the potential Convict in Chief.

With a rather remarkable and wholly inexplicable statement, a former George W. Bush official has entered the fray, coming to Hillary’s rescue. It’s rather ironic that Richard Painter, from 2005-2007, was the Bush administration’s chief White House Ethics Lawyer. Yes, an ethics attorney has chosen to both support and defend Clinton. Is this bizarro world or what?

In August, Painter, joined several other establishment Republicans, as he stated  that Hillary is the “only qualified candidate in the race and she should become president,” to which he added that, “There is little if any evidence that federal ethics laws were broken by Mrs. Clinton or anyone working for her at the State Department in their dealings with the foundation.”

Now I’m not an expert on the FBI, but with all that has transpired over the past several months, it seems to me that James Comey has finally concluded, or been forced to do so, that there is just too much evidence against Hillary not to reopen the email scandal case.

That was all the way back in August – two whole months ago. Yesterday, Painter wrote an Op-Ed  in that venerable conservative publication, the New York Times, in which he oddly seems to have dropped the defense that “there is little evidence.” Instead, Painter has decided to do what democrats do – attack your opponent. This time the opponent is not Trump, but Comey.

Painter has invoked the “Hatch Act,” which prohibits government officials from using their position to influ

ence an election. You know – kind of like purposely postponing the disastrous effects of Obamacare until after the election.

He wrote: “I have spent much of my career working on government ethics and lawyers’ ethics, including two and a half years as the chief White House ethics lawyer for President George W. Bush, and I never thought that the F.B.I. could be dragged into a political circus surrounding one of its investigations. Until this week.” Painter added that the “FBI’s job is to investigate, not to influence the outcome of an election.”

I like that – lawyers’ ethics. That’s a hoot. But seriously – what is Comey and the FBI supposed to do – continue to sweep evidence away, allowing the criminal Clinton to waltz into the Whitehouse? And the FBI wasn’t dragged into this scandal. The way he describes it, this is the FBI’s fault for merely continuing their investigation. It is not the fault of the FBI that the election may be influenced by their investigation. It is Hillary’s.

If Comey chose to shut it down – what happens then? I’ll tell you what happens. Nothing – because hacks like Richard Painter will then exclaim that after such a contentious election, we don’t really want to put the American people threw such turmoil, which again, is what democrats do – and apparently establishment republicans.