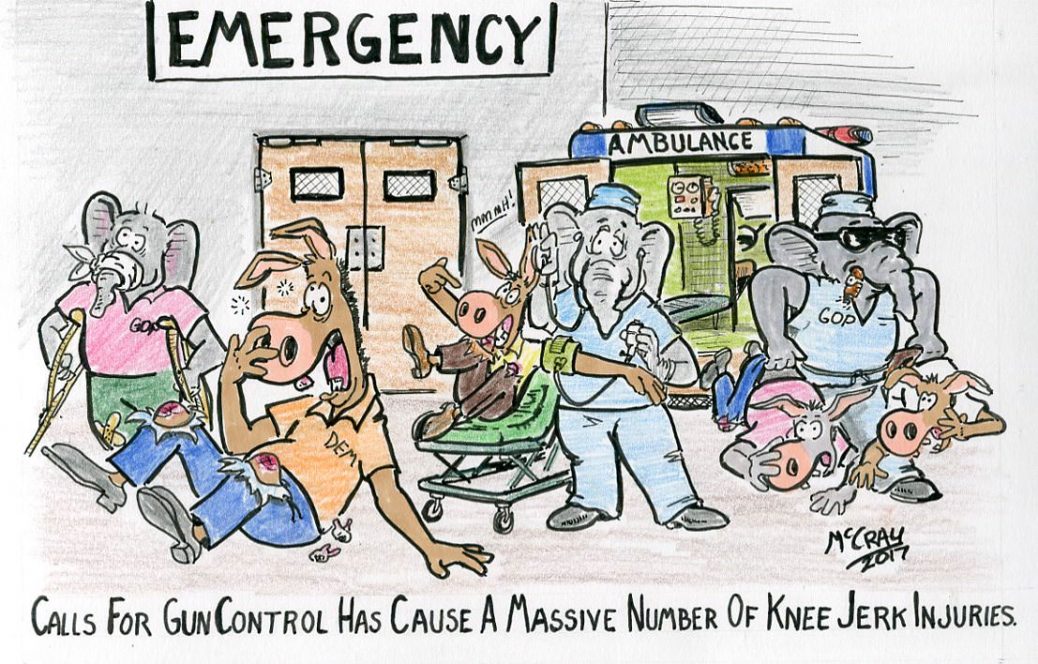 It seems that every time there is a shooting the anti-gun nuts start jumping up and down, screaming for firearms to be banned.

It’s the gun’s fault, an inanimate object that can’t think for itself, can’t move on it’s own, can’t load itself, is some how able to take aim and pull the trigger.  Now a far as I know, artificial intelligence has not been extended to firearms, and there is no way for firearms to detect the presence of a deranged idiot which would keep it from being misused.

The real problem of course is the individual handling or mishandling a firearm, in reality this is all a ruse.  The real issue is the left trying to ban firearms, regardless as to how they frame their solution, the end goal is eliminate all firearms and let the government protect you.  Well, we all know that does not work, look at Chicago and New York City as prime examples of what happens when the crooks are the only ones with guns.

The left ultimate goal of banning guns will be the eventual establishment of a Police State Government, where the public is unarmed and those in power have the guns.  One of the first steps taken by Adolph Hitler when became the leader of Germany was to ban the private ownership of firearms, and we all know how that turned out.