England’s Next Royals to be ‘Gender Fluid’? 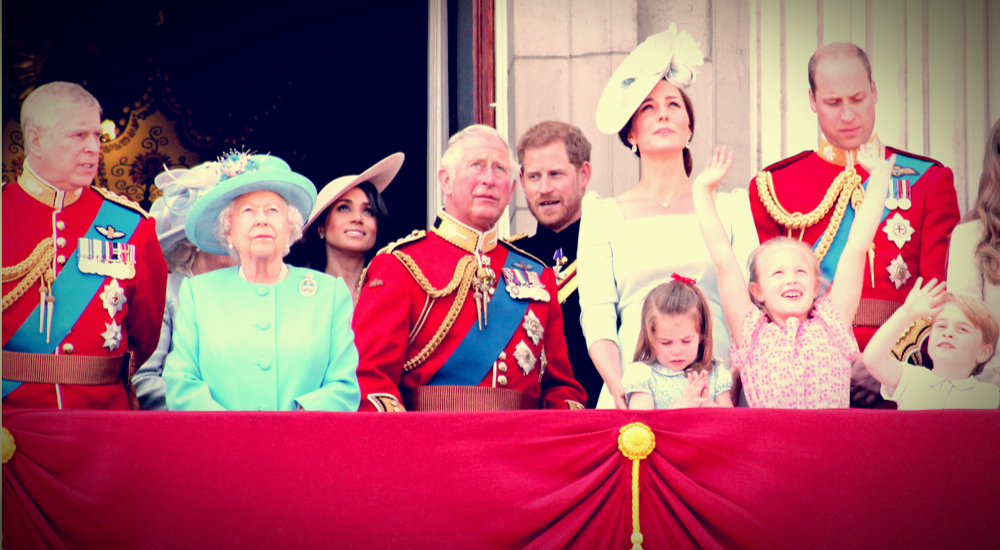 This news has rocked The British Isles with such a wallop that the Brits can no longer exhibit a stiff upper lip….or anything else. This shocking news would indicate the denial of the biological reality of sex differences in high places which is an idea as insane as it is dangerous.

This, of course, will be confusing to any and all Royal Children who will not know if they are to become a Duke or a Dutchess.  The confusion will expand if this means that there can be more than one queen in the Palace.

When this news came out, we waited before breaking this story to allow time for research and confirmation.  Here’s what we found:

However, that is not the Palace in question. This Palace is Kensington Palace, which is also the ‘big time’ of status recognition. This is where the Queen, prince and princes, dukes and duchesses reside. The king is coming. Stay tuned.

Prince Harry, the brother who often tested the boundaries of etiquette and society met an interracial actress named Meghan Markle and after a whirlwind courtship, they were married in the Palace by a questionable black Episcopalian priest who voiced some strange theological utterings.

Now settled in, the news came out that Meghan was pregnant, which of course would be expected since Harry appeared to have a strong reproductive instinct. Then they said she was carrying twins, now it’s back to simply a baby…singular that is due to arrive this spring. Stay tuned for the latest mutterings.

Then, Vanity Fair  reported that “according to a source close to the couple, Markle is understood to have told at least one friend that she and Harry will raise the baby as ‘Gender Fluid.’ This means neither male or female. They make it clear their baby would NOT be ‘gender-stereotyped.’  Wasn’t that the original plan when God created the earth?

They will allow their children to wear dresses or male attire as they wish. The child can play with dolls or toy trucks. They will not have any type forced upon them.  This is called, FREEDOM, doncha know. Freedom can also translate into Confusion.

Harry and Meghan have already planned a gender-neutral nursery of whites and grays, instead of conventional blue and pink colors.

The exact words Megan said to describe the raising of their child was “fluid”. She said they plan to raise their child with a fluid approach to gender and they won’t be imposing any stereotypes. Yep, there is no girl or boy. but a hapless accumulation of ectoplasm that can do what it wants.

We wonder what the staff of Downton Abbey would think of this. Mr. Carson would probably say nothing, but simply stare into space.

Of course, there are quite a few folks in Britain who believe the Monarchy should be done away with. When this is confirmed they may get their wish.

After the Vanity Fair peek into the Kensington Palace and the couple,  officials were forced to make a statement about the claims.  Their comment according to the UK Express:

“This is totally false.”

As for the occupants of the Palace, the only Crown they are interested in at the moment is Royal Crown (whiskey).