Is This the End of the Stock Bull Market? 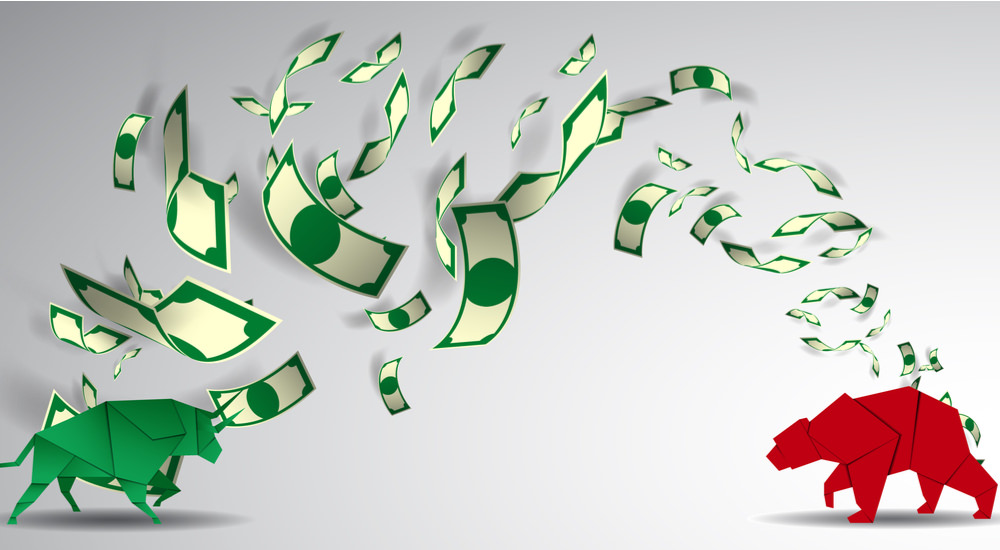 No one knows for sure. But one thing is clear. The cracks in its foundation are widening. This 9-year Bull has been the second longest Bull Market of all time. And like the first – the 10-year “Dot.com” Bull of the 1990’s – this Bull has no real reason to exist. Let me explain.

The stock markets typically move on one thing, and one thing only – earnings. That just makes sense. When you buy stocks, you are buying a part ownership in that company – a very small part, to be sure, but you do become a part owner, or a shareholder.

Now let’s bring this closer to home. If you were going to buy a Dairy Queen business, and two were available to purchase, which would you choose? Dairy Queen #1 brings in a good monthly income, but it has a lot of debt. It is cheaper than Dairy Queen #2. Dairy Queen #2 brings in just as much income as #1, but it has no debt – and, not surprisingly, its price is higher than #1.

Of course, you would buy #2. You want income (earnings), but you don’t want those earning to be gobbled up by payments on the debt. It’s the same with stocks. Big institutional buyers, who buy most of the stock, want companies that are making money, and they are willing to pay more for the shares of those companies. They usually look at the analysts’ projections of earning one, three, and five years in the future.

Most of the Dot.com stocks that pushed the market up every year for ten years had virtually no earnings. The ones that did had very little income. So if you couldn’t measure the value of these companies, what metric could you use? Analysts invented “eyeballs” as a metric. They counted the number of people who viewed websites on the assumption that the sites that had the most visitors would prosper and make investors rich. That assumption was wrong.

In 2000 Wired published the Wired 40 –  40 Dot.com companies that they said promised: “A future of unlimited growth.” Most of those companies are bankrupt today, and no one remembers their names. If you had invested $10,000 and divided it venly among the 40 stocks, you would be $3,129.71 poorer today. A few of them – most notably Yahoo and Cisco – survived and are thriving today.

Ironically, Craig Winn, CEO of a company named Value America, said, “No eCommerce company has ever made a profit. Certainly, we will, and the analysts have us making a profit in 2001.” He made that statement in early 2000. In August 2000 he filed for bankruptcy.

So eyeballs didn’t work well as a replacement for what has always worked – earnings. If you had invested in tech stocks in 1990 and held them following the crash in March 2000, you would have lost every penny you had made over ten years in the next two and a half years.

Well, what is driving the current Bull? It’s a combination of slight of hand and what Fed Chief Alan Greenspan once called “irrational exuberance.” The trickery portion is major stock companies buying back their own stocks. Interest in buying stocks by both small investors and professionals has been waning. If someone doesn’t buy the stocks when people want to sell, the market will drop. So the companies buy the shares (just like governments have done in the past to prop up their stock markets). I’ll explain this in more detail in a Webinar I will be teaching tonight.

Today’s version of “irrational exuberance” is being called the “Trump Bump.” Much of the move in the markets since the 2016 election has been due to emotional buying by investors who believe that President Trump’s policies will magically cause the stock market to go up. Since they believe this, they buy stocks. Since buying increases, stock prices rise. This becomes a self-fulfilling prophecy.

Keeping in mind that I fully support President Trump and his policy goals, let’s examine the reasons people believe (incorrectly) that his policies will continue to drive the market higher and higher.

There are many other reliable indicators that the markets will suffer at least a 10% to 20% normal correction, and possibly a crash of 30% or more in the near future. On the Webinar tonight (Monday, Oct. 23 at 8:00 PM EST) we will discuss why five of the top professional investors believe a crash is likely sooner rather than later.

I hope you can join us for this free Webinar. It may help you save your retirement fund.