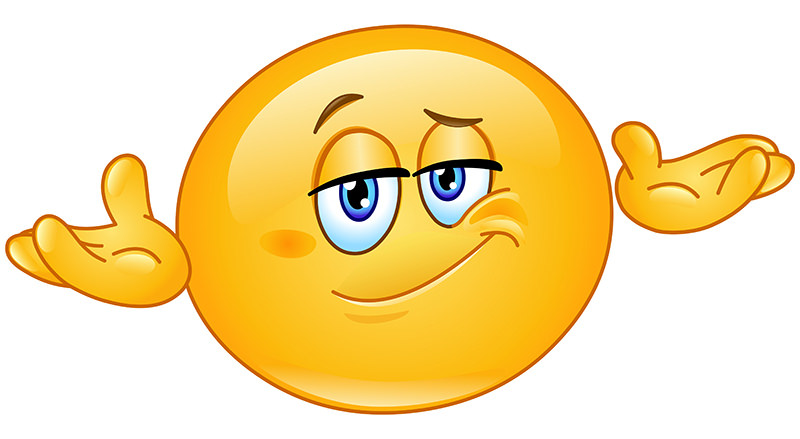 Emoji are those little cartoon happy faces, J, and such that you can insert into your email or text message. (Below I use “emoji” for both singular and plural and as a body of symbols)

Online there are dozens of “dictionaries” containing hundreds of emoji characters with their prescribed meanings. Over a thousand standardized emoji have been encoded for use online by the Unicode Consortium, with new symbols added regularly There is even a website called emojipedia, an aspiring authoritative source on all things emoji.

Emoji are picture-words; another name for picture-word is pictogram. Pictograms are the very earliest, most primitive form of writing; Cuneiform and hieroglyphics were both pictographic languages.

New York Magazine has called emoji “a wordless tongue.” Looked at this way, emoji is overcoming the biblical curse of Babel, where God confused the languages of man. Everyone on the planet has some idea of what a smiley face means.

On the other hand, emoji may be essentially just pictograms – period. “Emoji” is a transliteration of the Japanese word for “picture.”

The use of emoji is not new. Cave paintings are emoji. This famous cave painting from the south of France tells of fighting rhinos. (Quadrapeds, not liberal Republicans) 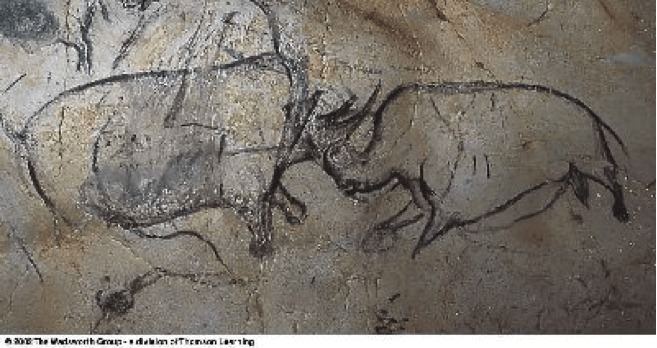 In medieval Europe churches used pictures, emoji, to tell bible stories. For example, below is a picture of The Wedding at Cana, where Jesus first spoke-up (from Chartres Cathedral in France). 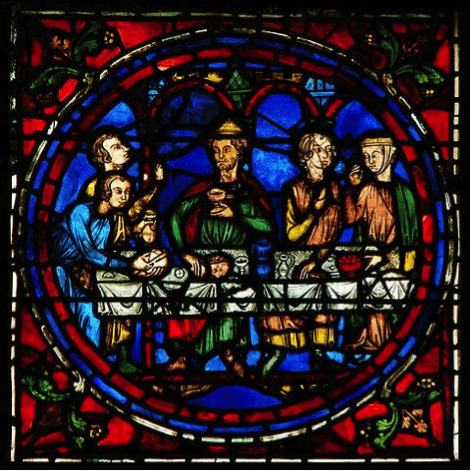 But why use pictures to communicate? Because the people couldn’t read!

Looked at this way, the increasing use of emoji in communication is not a good sign; cute yes, but not good.

The emoji explosion is, I believe, a symptom of the dummying-down of the general population, especially younger people. People who have been robbed of the capacity for abstract reasoning will naturally gravitate toward the concrete. There is nothing else left.

If emoji were just being used as cute little embellishments, as I have done here, I would be making a big deal out of nothing. But emoji is becoming a big deal.

In August, 2017 Sony Pictures is scheduled to release “The Emoji Movie.” There are hundreds of emoji-related websites online. You can download an emoji keyboard to your computer. Businesses work to get official emoji of their products on line. And now there is Bible Emoji, a harbinger of where things may be headed.

It is said that a picture is worth a thousand words. But sometimes a picture may be at best superfluous, or worse than worthless.

From Christianity Today here is a passage from the new Bible Emoji, that has taken the art of dummying-down the bible to new heights.

This is an emoji version of Exodus 15:2, King James Version (KJV)

This is for real. Bible Emoji is a deliberate effort to market the Holy Bible to “millennials,” an imprecise term meaning those born somewhere around between 1980 to 2000. These people are no longer chronological children. If the marketers are right, we’re in trouble.

Bible Emoji was produced from the King James Bible by having a computer program substitute one of 80 different emoji for each of 200 specific words in the King James text.

Intelligible or not, here is the emoji problem. Something has to have been lost in translation.  Replacing 200 words with 80 emoji cannot possibly come out with the same overall meaning.

Does a happy face with a halo really capture the concept of LORD or God? For a 30-year-old? Clearly, use of emoji has diminished meaning. (The use of texting symbols just adds to the barbarization.)

Compared to medieval bible emoji, even the pictures have been dummied-down.

Emoji is right up there (or down there) with Whole Sight Reading, New Math and Common Core; programs that have helped get us into this dummied-down condition to begin with. Bible Emoji is a classic example of dummying-down and confusing-up at the same time; much like the above-mentioned programs.

Perhaps I shouldn’t blame the creators of Bible Emoji for the limitations of the audience; but somebody’s got to take the rap for this.

At any rate, there are now numerous online emoji translator programs for translating any English passage into emoji.

OMG! We’re using computers to regress a cohort of people back to pictograms! Or, as New York Magazine put it, to “a wordless tongue.” This is very sci-fi.

Will society devolve to a literate aristocracy and an emoji peasantry? Will schools teach emoji? Will there be emojimail? Will ESL come to mean Emoji as a Second Language? Will anthropologists study Life Among the Emoji Users?