How the Electoral College Could Save Us from Tyranny 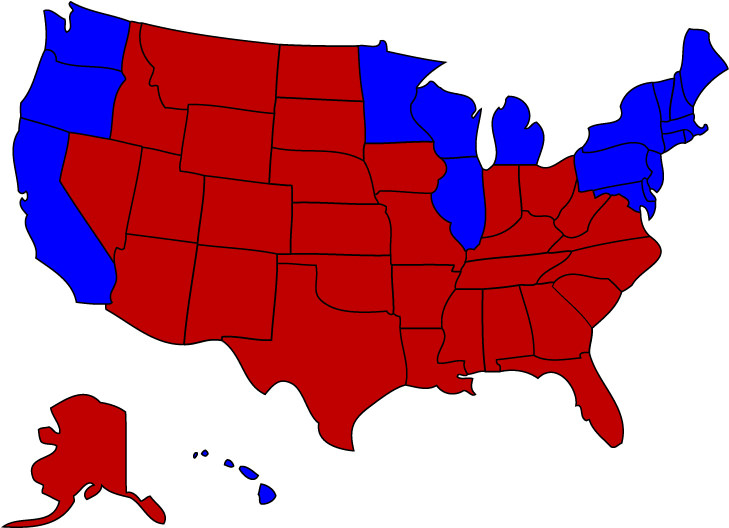 The Electoral College should need no justification – the Founding Fathers were pretty smart when structuring our unique republic. They debated and tweaked the idea through 16 votes at the Constitutional Convention. However, every four years James Madison, principal author of the Constitution, has to come back and make the case against “democratic” presidential elections.

Bear in mind this sacred principle: that though the will of the majority is in all cases to prevail, that will to be rightful must be reasonable; that the minority possess their equal rights, which equal law must protect, and to violate would be oppression.

Madison followed Lord Acton’s advice: “The one pervading evil of democracy is the tyranny of the majority.”

Although the preamble to the Constitution begins with “We the people,” the word “democracy” is not mentioned in the Declaration of Independence, the Articles of Confederation, the Constitution, or the Bill of Rights.  Even the Pledge of Allegiance is “to the Republic for which it stands.”

The Electoral College reflects the fact that the President is elected as chief executive of a union of federated but sovereign states. The presidency is that of the United States, and certainly not the United Cities of America (according to the U.S. Census, cities are home to 62 percent of the U.S. population that comprise just 3.5 percent of land area.)

Here’s a practical example of why the Electoral College works well: Barack Obama received 3.3 million more votes than Mitt Romney in 2012, but he won 3.6 million more votes than the GOP nominee in just four cities – Chicago, Philadelphia, New York, and Los Angeles. If winning a simple majority was the Democrat’s campaign strategy four years ago, Air Force One would have only needed to land in less than a half dozen states.

Of course, the 2000 election showed once again that the imperfect Electoral College does make it possible for a candidate to win the popular vote and still not become president. But that has less to do with the Electoral College than it is the way states apportion their electors. A winner-take-all system is not federally mandated – states are free to decide how they allot electoral votes: they can award them by congressional district, or proportionately, or the winner of a national election could be allowed to sweep-up all of a state’s electoral votes.

The Electoral College system was drafted by the states to empower the states, so as to preserve regional identity and protect small states from the domination of large states. The system forces political parties to build coalitions in order to win elections – politicians must earn the support of various issue and geographical constituencies.

The idea of “all votes are equal” actually dilutes individual votes. George Wallace’s 1968 third party campaign won just 46 electoral votes, but the Republican Party was influenced (intimidated?) enough to execute a “Southern Strategy,” which changed the direction and success of the GOP in that region for five decades running. In a ballot box containing 73 million votes, Wallace’s 13 percent share would have had little leverage if the election was a popularity contest.

The Founders understood that democracy was important, but they knew that if it wasn’t tempered by a republican system, majority rule could lead to tyranny.  Thomas Jefferson wisely admonished future generations of voters that, “Measures are too often decided, not according to the rights of the minor party, but by the superior force of an overbearing majority.”

Although the Framers guaranteed a “Republican form of government” to the states (Article 4, Section 4), the rights of states are under attack. Their jurisdiction in issues ranging from the death penalty to healthcare standards to the regulation of firearms have become subject to federal mandates. Presidents swear an oath to “preserve and protect the Constitution,” and that must include a firewall to shield our republic from the deception of “democratic” national elections.