Election Russia “Analysis” Came from Communist Voter in the CIA! 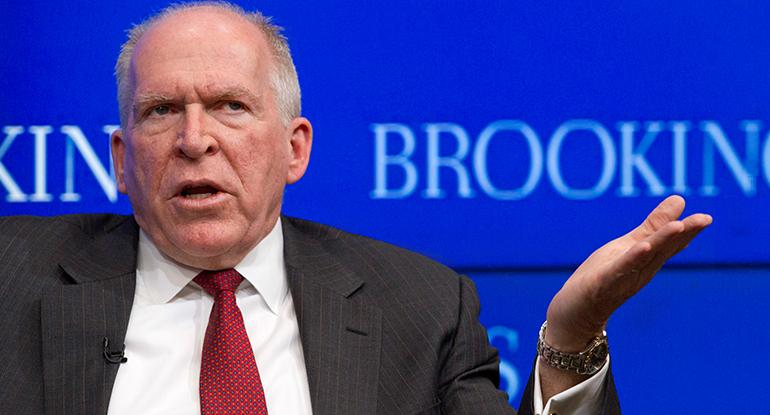 Two of the three officials of the CIA that produced the report surmising that Russia was trying to get Trump elected, have ties to the Russian government and are Russian sympathizers. The director of the CIA, John Brennan, recently disclosed that he voted for the Communist Party (CPUSA), even though the CPUSA was funded by Moscow and is known to provide cover for Soviet espionage activities. Michael Hayden, who served as director of both the NSA and CIA, is friends with former CIA and NSA analyst Edward Snowden, who stole and released classified information and is now living in Russia.

“John Brennan recalled being asked a standard question for a top security clearance at his early CIA lie detector test: Have you ever worked with or for a group that was dedicated to overthrowing the US? “I froze… I thought back to a previous election where I voted, and I voted for the Communist Party candidate.”

These Russian sympathizers led to the CIA’s judgment that Russian entities hacked both Democrats and Republicans and only the Democratic information was leaked to Wikileaks. That is it? The “intelligence” from the CIA is based on the judgment of two Russian sympathizers?

One of the many problems with this “judgment” is that the Republicans were not hacked. Office of the Director of National Intelligence (ODNI) does not endorse their assessment because of a lack of conclusive evidence and Julian Assange maintains the “Russian Government is not the source” of the leak.

It probably came from within the DNC. It has also been determined that some Russian operatives are working with Jill Stein on the recount effort and are targeting some of the electors to change their vote or delay the process when the college meets Dec. 19th. It doesn’t matter to Russia who wins the election as long as the process is undermined. It does matter to the CIA and the DNC. This, of course, is all speculation without any shred of evidence but it certainly fits a logical chain.

What we do know is that the Russians do want to undermine our election process and have been doing so since Ronald Reagan was president. James Clapper said in a speech at the Intelligence and National Security Summit that the Russians hack U.S. systems all the time. We also know that the DNC with the help of the media and “the Russians” is actively trying to undermine the election, as it has been doing for a long time. See http://sweetness-light.com/archive/kgb-letter-details-kennedy-offer-to-ussr

For example, we know that a group of 10 presidential electors, led by Nancy Pelosi’s daughter Christine, has sent a letter asking to be briefed on the “alleged” Russian efforts to interfere in the election, and is supported by the Clinton campaign. White House spokesman Josh Earnest claims without substantiation, that Donald Trump “called on Russia to hack his opponent”.

U.S. Representative David Cicilline urged electors to consider the “extent of foreign interference in the United States presidential elections” (something they have been doing for decades) before they cast their votes. U.S. Representative Jim Himes is publicly encouraging members of the Electoral College to vote for someone other than Donald Trump on December 19th, and Time Magazine is openly lobbying the Electoral College to do the same. Former CIA agent Bob Baer recently went on CNN and publicly called for a new election.

The people in the Kremlin must be sitting around wishing that they had thought of such an underhanded destructive scheme as this. ISIS couldn’t do more damage to our country by blowing up buildings. With the help of the Progressives, and the Progressive Media, and other Communist sympathizers, maybe Russia did come up with such a concerted and well-crafted plot.