Election 2016: Path of Least Resistance vs Making the Right Choice 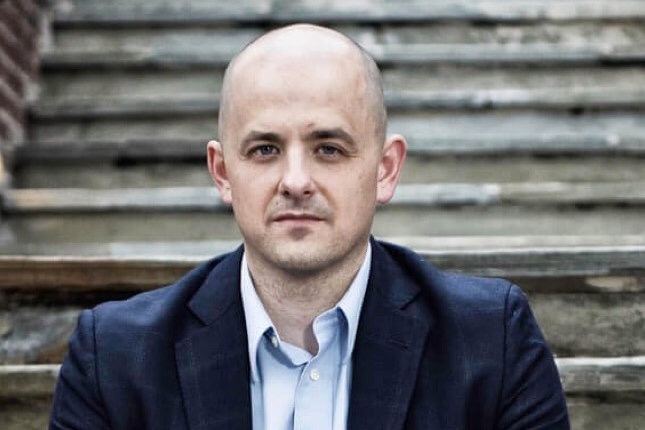 For too long America has settled. This great country has settled for the lesser of two or three evils, or just outright found fault with the candidates running for the highest office. As Americans, we can no longer sit back and allow our country to be lead with criminals, cowards, or cohorts. We need a President with a solid backbone, and with unwavering principles.

In one week, America has the opportunity to make the right choice, or to continue with the path of least resistance. Anything of true value and worth is never easy, and a person of character has no deep hidden past or an agenda. America has become a breeding ground of who can insult, and point out the worse in people, even at your jobs, than to find the greatness of an individual. Being an ex-CIA agent does not make you bad, does not make you believing in an agenda of taking away an individual’s rights, but just the opposite. We need a straight shooter, who will tell the truth, and not lie to gain favor, but stands on their principles, integrity, and moral fortitude.

Do you want the first Woman President to be a criminal? Do you want investigation after investigation of her deeds, her hidden relationships, and the corruption of hiding the evidence? We all know that she was the one who could have saved the lives of the Benghazi 4, and we also know she had a hidden server with all of her email. We have strong evidence that she had an agenda for every “favor” she did for a foreigner, which lined the pockets of the Clinton foundation, which gives very little but gains millions. Do you really want to be associated with a person who would stand and watch your father, brother, son be killed, instead of taking lightening action to save them? Do you want to really vote for a person who hides, denies, and chooses their words appropriately so that they can stay out of the entangled web of distortion, extortion, and deplorable actions? IF so, what values, what ethics do you carry upon your shoulders? Should we honestly trust you to vote when you accept crime over ethics?

Are you ready to defend a man who has blatantly bragged about assaulting women sexually, or has a past of spousal rape, sexual misconduct of neighbors teenage girls, or that has lied, bullied, and abused contractors he used to gain power and money? Are you truly nieve enough to believe that Mexico and the United States will have a more strained relationship if Trump gets even part of his tax on Mexico money, or continues with his rhetoric of foreigners being only the criminals rapist, and murderers? Do you want to try to defend that? Do you want to be attacked by our allies as well as enemies? Are you ready to send your sons, brothers, and fathers to war because of a multi-personality, crazy lunatic? Do you really believe a so-called “billionaire” knows of your struggles, when he never even had to pay a college bill, or work a summer job to buy your next years college books? Are you ready to give up your land to the government for profit by the abuse that would occur by pushing the eminent domain to remove people from their lifelong homes? Are you ready for a thief and rapist as a president, and are you really ready to defend a racist bigot?

I could not be honest with my loved ones, my family members, my neighbors, and coworkers if I were to ever support the evil of Hillary Clinton of Donald Trump. I could never look into a mirror and not hate the person I had to become to say I won. To cheat, to swindle, to lie to win is never built upon morals, ethics, principles, or integrity.

Today, America can choose to continue to vote for evil, weak, people who want to change America, or we can choose a person of principle, integrity, grit, and morals who only wants to fine-tune the greatness of America. I choose a fine tuning, America is not broke, just needs a little air in the tires and an oil change. America is not ready to buy another faltering car to replace its dependable one. America could have chosen to vote Johnson, Stein or Castle, but that is more of the wasted time not knowing, or America could choose a person who was the investigator and not the investigated, a man with the grit to stand up face to face to evil and walk away a stronger man of moral character.

Honestly, there is only one choice. Evan McMullin who has stood up to the bullying of Trump, and the lies that have been perpetrated by Trump’s racist bigots, including accusing him of being part of some MormonMafia. We are adults and need to step back and actually research, write down the positives and negatives of each candidate. If the negatives are 50% or more of the positives, then why would you ever vote for that person in any capacity. Let 2016 be the year of being honest to one another and ourselves when we vote. Let America take up the banner of morality, integrity and principles as the minimum for the candidate we vote for. Write them in, cast your ballot, but all of America hopes the day after election day, you can look yourself in the mirror and explain your decision.