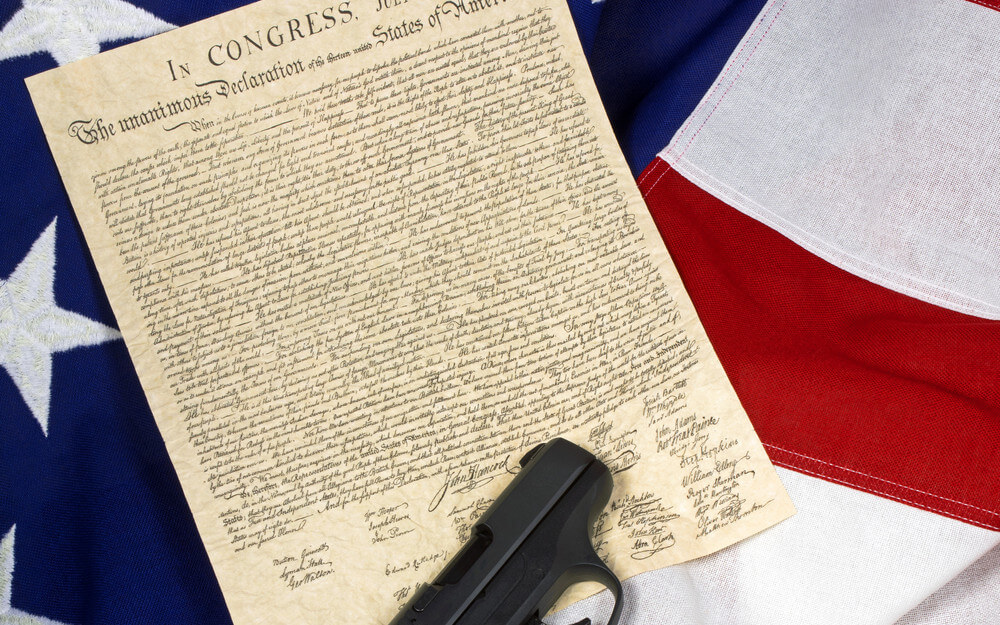 Today I will be beginning an eight-part series discussing the top eight worst states for fans of the Second Amendment to live. If you’re considering moving to one of these states, don’t. Your job is moving there? Quit. You already have the misfortune of living in one of these states? Get the hell out, and pronto.

Contrary to what you may believe, not all states with draconian style gun laws are equally dumb in nature. Some of them are uniquely idiotic. These are their stories.

The Land of Lincoln comes in at #8 on our countdown of gun rights-depraved states. While Illinois would once have been ranked higher on this list, things have somewhat improved as of recently. As far as carry permits are concerned, Illinois is what would be termed a “shall-issue” state. That means as long as you pass the legal requirements, the permit must be issued.

You must first understand, Illinois is basically a large city (Chicago) which is surrounded by farmland and backcountry. As a general rule, a rural population will be pro-Second Amendment in nature. The more urbanized a society is, the more likely it is to be anti-gun.

The unfortunate fact is, Chicago effectively controls the affairs of the whole state, much to the chagrin of the rural farmers and hunters.

So, precisely what is it that makes Illinois such a terrible state for gun owners?

A nasty, little thing called the Firearm Owner’s Identification Guard. Issued by the state, this is required to purchase or even possess any type of firearm or ammunition. A free society should not have to beg the government for permission to carry a weapon, let alone simply own one.

So, what does your stereotypical Illinois anti-gunner look like?

He’s a black inhabitant of inner Chicago who is utterly convinced that regulating away the Second Amendment will bring the epidemic rate of violent crime in his city to a grinding halt, even though the crime rate has done little but skyrocket.

“All guns come from gun stores at some point!” He insists in efforts to prove his point. His daughter was dating a farmboy who lived fifty miles away, but when he found out he owned a .30-30, he put a stop to that.

Since, his daughter has moved in with her hoodrat boyfriend. He owns a stolen “nine” that his brother’s buddy stole off a cop. Of course, Pa doesen’t know this. He’s going downtown to vote for Hillary to take the guns from all those hoodrat punks and rednecks in the country.

Of course, most of the rednecks are good, law abiding folks with FOID cards. They’ll obey the laws because they’re not criminals.

The thugs in Chicago? Oh sure.