Egalitarianism… The Road to Mediocrity 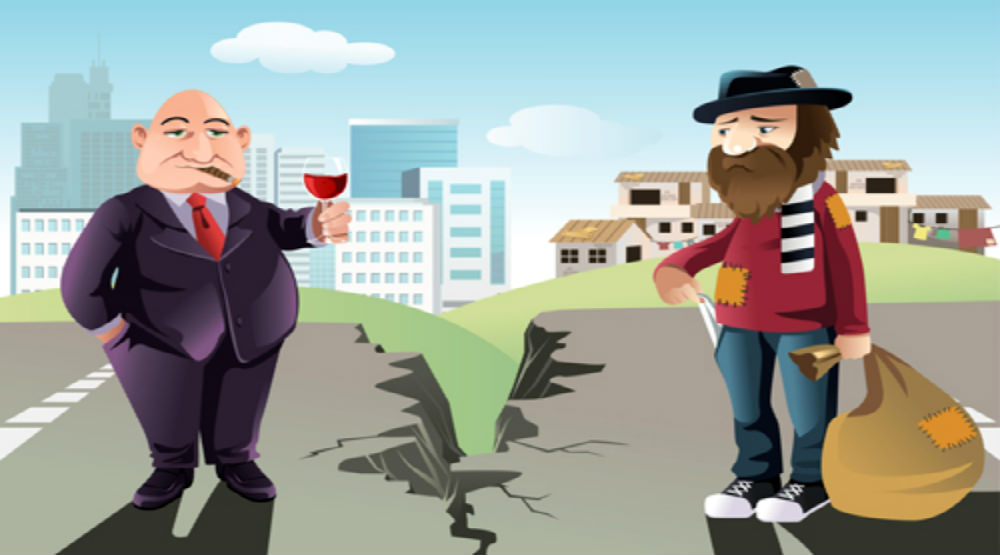 The campaign season arouses the Democrats ( and others ) to swoon over the injustices that exist in our semi free society. The rich wallowing in barrels of money while the meek honest hard working tax paying starving wrapped in rags are barely able to scratch out a half filled can of beans to sip on. This may be somewhat of a dramatization ( to quote the gecko ) but you get the idea. When someone equates justice with everybody getting and having the same thing without any reference to effort , earning or deserving you can bet they are blowing smoke.

This country has a fundamental founding principle that speaks of the pursuit of happiness. This refers to having the opportunity to improve one’s station in life or to coast or to beg or to do whatever you think will make you happy as long as you do not violate the rights of others to pursue their happiness. Politicians of the redistribution of wealth variety don’t understand this distinction. Or if they do ,they think their constituents are too stupid to make a connection between the principle and the practice. And of course there are those who think that if you can get someone to pay for what you want , why should you buy it? This is where the egalitarian proponents reveal their inconsistency. There will never be a true egalitarian state because it must necessarily evolve from a political movement. Political translates to favoritism. Favoritism translates to privilege. And privilege and egalitarianism contradict each other.

But many impossible ideals are promoted by politicians because they appeal to the unanalyzed emotions of followers. Promise a nonsensical notion like universal health care that has failed wherever it has been tried and many will hop up and down thinking that this time will be different. The notion of change without explaining what you mean by change is a promise of nothing.
Imagine for a moment a brownstone with identical appearance and furnishings . Rows and rows of same old same old and when you have been assigned you are in a niche that classifies you. Then suddenly the neighbor has new curtains and you don’t. Who is going to remedy this situation? Or maybe you don’t want curtains but the rules say you must. Once egalitarianism is implemented individual choice goes out the window. But someone is still making choices and guess who that is? The pompous and the privileged that need their flexibility to be sure the needs of the underlings are satisfied as these are what they are in office for. You will notice that Hillary, in one of her crying moments, talked of all the “opportunities” she had( which was an odd sentence ) but you can bet she meant to say, “Plans”. So as a ruler she can implement what she thinks is great ( just like her husband ) for the common citizen but don’t put any restrictions on her “opportunities.”

This country used to be the fount of innovation. To the extent there is a modicum of freedom we still see good ideas emerge. But as the politicians corrupt and deceive, regulate and tax, print money and deny honest accounting ,the innovators carefully consider whether risking money on a regulators caprice is worth it. As this trend continues the ideas become less and less. The new products become fewer. Production declines as the credit dries up due to inflation and the hoards of barbarians gather at the gate. This all proceeds from the depiction of injustice being no one should have more than anyone else ( with the rulers exception of course ).

This is historical for any nation that has tried to come up with a socialistic model where the rich are persecuted and their wealth is confiscated and redistributed. Soviet Russia being the most obvious example. President Obama said in a speech the other day, “ “There is something wrong when Warren Buffet pays taxes at a lower rate than his secretary”. So does that mean a man who makes wise investments that nurture industries and creates jobs for thousands is being unfairly treated because his tax rate doesn’t match his secretary’s? Who makes up the tax rates? What is fair about legislators arbitrarily deciding what is fair? And since when does justice consist of everybody paying according to their earnings? This was the Marx line that created the failed Soviet Union. “ From each according to his ability , to each according to his need.”

I listened to a Fox news Democratic focus group the other night and heard many of the people swallowing the idea that the rich were the source of their discontent. This shows the ignorance that is prevalent in understanding what politicians are promoting. Someone has to be rich to provide the money for capital and production. This is what they do with their money unless they let it be eaten up by inflation ( created by government printing presses), squander it on consumption or give it all away. Without the rich there would not be any plants or machinery or jobs. Yet do the rich get any credit for what they do? Not from the ungrateful that listen to the class warfare screeches of today’s politicians ( especially from the Democrats.).

When all is the same because this ideal is pursued then the level of the standard of living will be exactly what we saw in Soviet Russia. Long lines ,families living in crowded housing, shabby health care, and rulers vacationing is expensive foreign hotels and resorts. This is the inevitable result of a pursuit of egalitarianism and egalitarianism is the ideal the voices of the politicians crying out against the wealth of the rich are promoting.. If the rich disappear from America the country will no longer be the land of the free. It will be the land of the mediocre.