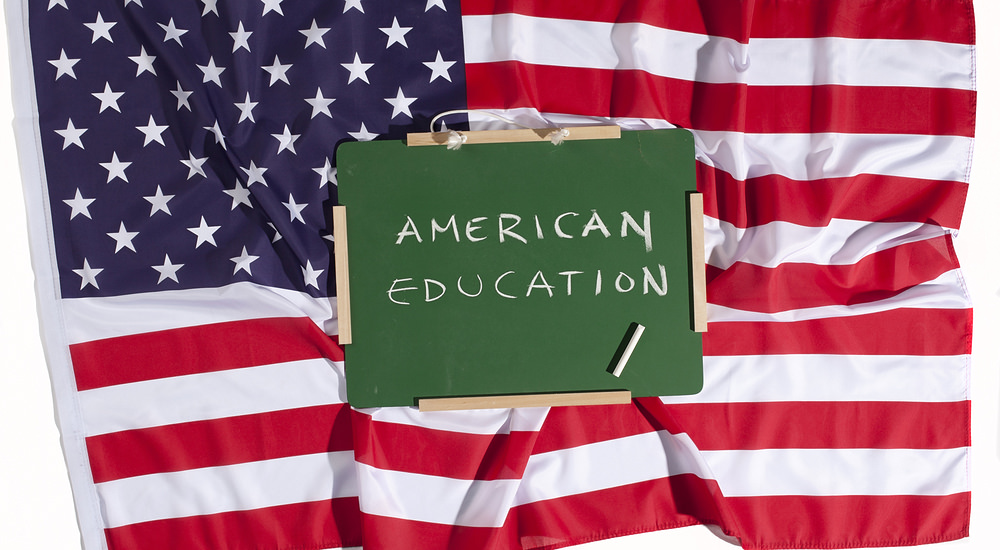 Education and politics are connected more than we might realize, but that begs the question: Is it a healthy relationship, or does it need to be reevaluated?

The Importance of a Quality Education

It is my opinion that education is the key to success in a Democratic Republic (you know, what our government is). If the people are educated, then they won’t just take the representatives word about what something means. They will know when their leaders are full of crap, and pulling “facts” out of thin air to support their claims. The last thing we want is to have all of our freedoms revoked, and that is exactly what will happen if we let our education system become degraded to the point where our young adults are leaving high school with skills no higher than that of a 6th grader (For example, the High School Exit Exam in California, or the CAHSEE, is written to a 6th grade level. Please tell me then, why I needed to go to High School if I learned all of the fundamentals of secondary education IN SIXTH GRADE!).

Oh wait, I guess it’s already gone to hell then hasn’t it?

The problem I see then, is the fact that the destiny of our education has been delegated to the government, and the power that the Federal government offers is just a little too enticing to refuse. If you were in a huge position of power, and you knew that all you had to do to stay in power was to make sure that the upcoming generations weren’t smart enough to realize what you were doing, wouldn’t you try your darnedest to make sure that you hindered their education. At least if you were power hungry and thought that no one was as smart as you any way?

Now I’m not suggesting that all of Washington is this way, and maybe that is just because I refuse to think cynically of the world. Maybe none of them really thought this at any point in time. But the truth is that there is one party benefiting from the decreasing standards in education.

And it’s not the Republicans, as much as the Liberals would like you to believe that.

This is how the future voted. This is what people 18-25 said in casting their votes. We must keep this flame alight and nurture this vision. pic.twitter.com/ivuXrar869

After the election, there were several posts circling the web showing electoral maps of millennial voters. I present exhibit A. This is an electoral map of 18-25-year-old voters according to the exit polls. Notice who won the youth vote. Now, Millennials blew up twitter complaining that their parents were destroying the country. I have a question. Millennials: How many of you stopped to consider what experiences your parents had that compelled them to vote for Trump? Maybe their real life experiences told them that Clinton and the Democrat policies weren’t the best. Maybe, during the recession, they realized that work, hard work, was the key to surviving the economic down turn, not government handouts. I know. I just used not one, but two dirty four-letter words. But Millennials, you seem to love dirty four-letter words. Maybe you should try this one. You might find that it is the thing missing for you to succeed.

If you want evidence of Democrats trying to ruin our education system, look no father than Common Core. I was a product of a pre-common core education system. I took classes like Pre-Algebra, Algebra I, Geometry, Algebra II, Pre-Calculus, and Calculus AB and BC. I knew when I signed up for a class what I would be learning. Now, my younger sister is learning under Common Core. She was already struggling with math, and Common Core has made it worse. She’s taking classes like Secondary I, and Secondary II, and when she comes to my brother or I for help, WE HAVE NO CLUE WHAT SHE IS DOING! Not to mention that when we finally figure out what kind of math she is doing, we look at the way the teacher has taught her to do it, and we sit there going what the heck. I have a strange way of thinking, and have even come up with ways of doing problems that my teachers haven’t seen before, but the techniques that teachers are being told to teach to students have me looking at it going what the hell is wrong with this? Often, my brother and I will look at my sister and tell her that her teacher is stupid for teaching her that way (and she agrees) and we show her the way our non-common core teachers taught us. And surprise of all surprises, she gets it!

This leaves me to ask: Why have we implemented a way of teaching that makes it harder for students to learn what we are trying to teach them? And the only answer I can come up with is more cynical than I care to admit. Because my only answer is that people in positions of power want to make our students feel stupid, they want to knock any hope out of them that they might be able to learn, so they have to turn to the people who have knowledge, turn to the people in power, the people in government, to tell them what they should think, because if they can’t learn under Common Core, they must be so stupid they can’t think for themselves.

Identifying that there is a Problem

Let’s be honest, our education is nowhere near where it needs to be. One look at our rank in education as compared to other countries tells us as much. Actually, lets look at that… 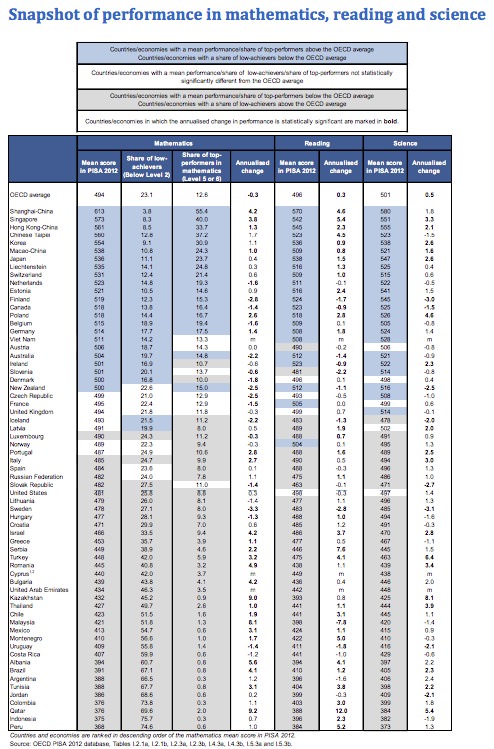 A main contributor to this can be correlated to common core, as evidenced by the OECD results below.

According to the Myths VS Facts page on corestandards.org:

If that is true, then why is it that after it’s implementation in 2009, the scores from 2012 and 2015, which should show improvement as the US reaches those standards… decline?

The second contributor that can be correlated to this decline in the last 8 years could be explained by the loss of the voucher program. Now, let me explain what the voucher program does. The voucher program allows students who live in an area whose public schools are sub-par, or non-existent. Since nothing is truly free, the money for education must come from somewhere, and where it comes from is taxes. In the case of Utah, the majority of that money comes from income taxes, and I’m sure this is similar for many other states. Thus, the parents, as well as everyone else, are paying for their child’s education, via taxes. The government then gives x number of dollars to schools for each student that they have in attendance each day, thus why there is such a focus on perfect attendance. The idea of the vouchers is simple. The government gives the money they would be spending on that child’s education back to their parents to help supplement the cost of the tuition of the school they are sending them to.  In other words, the people it hurts to cut back this program isn’t the rich kids, it’s the inner city minorities whose parents are trying to get them a better education so they can get out of the inner city.

In fact, when Obama cut the voucher program in DC, liberals slammed him. In an article called “Obama Wrong on D.C. School Vouchers and Hypocritical, Just Like Congress” Peter Roff wrote on April 22nd, 2009, he quoted Liberal commentator Juan Williams saying that he “called the decision to end the program, ‘Obama’s outrageous sin against our kids.'” He also went on to point out that Obama’s kids, as well as the kids of many of the senators that agreed with Obama attended private schools in DC. To read the full article, which I recommend, follow the link here.

Another contributor to our education problem could be explained by the blatant biases we are taught in our schools. I remember learning in US history how great Woodrow Wilson was because of his League of Nations, that the Republicans turned down because they didn’t like Wilson (I got a very liberal tone from the text book and the teacher), but not once did I remember hearing that he re-segregated Washington Federal offices, and the military. While the textbook hailed FDR for his welfare programs, it glossed over the fact that after FDR died, the nation amended the constitution to make it so a president couldn’t serve more than two terms or 10 years, and treated it as if it was simply because the nation was afraid of a president dying in office so soon into his term. No where did it say that there was a fear that the balance of power was upset with such long periods of the same person being in power.

Solutions to the Problem

It looks to me that politics has had a detrimental effect on education. Maybe we should see what DeVos wants to do with education. Maybe what the democrats are afraid of, is that her background in homeschooling her kids will lead to education reform that will produce a more intelligent group of kids that won’t fall for the Democrat’s lies. Yeah, If I were them, I’d be trembling in my boots too with the promise of an intelligent group of millennials. I mean, look at Tomi Lauren. Could you imagine an entire generation like her?