The Economics of Gun Control 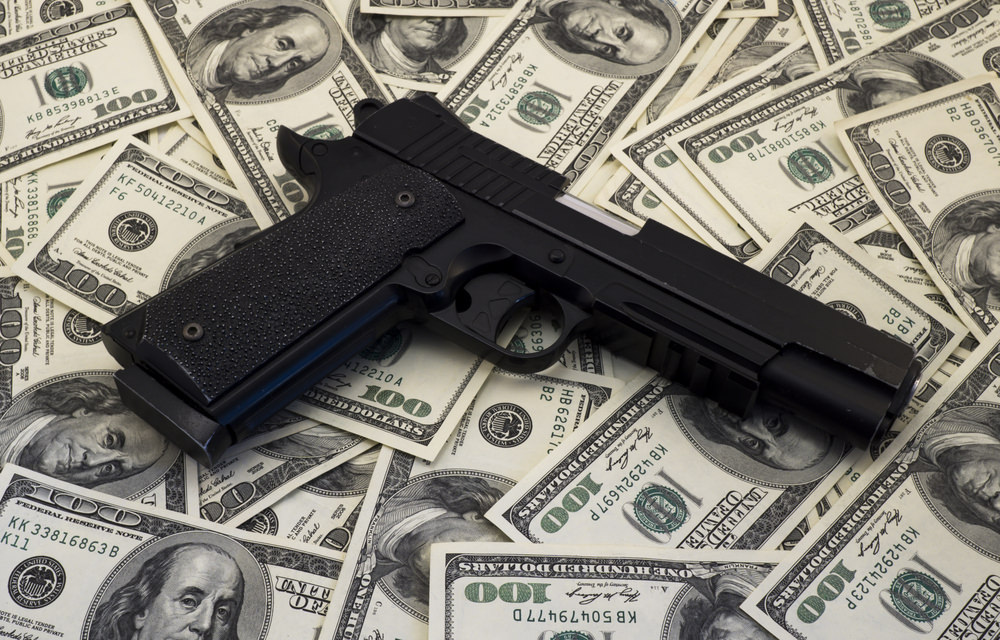 Money and guns, often goes together. Sometimes used for the protection of cash, other times made on the sales and use of guns and ammo. Manufactured and sold openly, weapons of every description are a stable in the marketplace. Yet, firearms seem especially targeted for ownership extinction by law-abiding citizens. Ironically, the public purchases of personal pistols, rifles and shotguns are systematically restricted and regulated, while law enforcement officials add the latest in advanced ordinances to their arsenals. The obvious message is that the government is preparing for war against their own citizens.

The distinguished sage, Murray Rothbard, in The Economics of Gun Control, offers a historic example of government regulation for intentional consolidation designed to eliminate the mom and pop neighborhood gunsmith.

“The latest gun control proposals from the Clinton administration provide an instructive, if unwitting, lesson in the economics of government intervention. Until this year, if you wanted to become a federally licensed gun dealer, you only needed to pay $10 a year. But the “Brady Bill” raised the federal license fee to $66 a year a more than 500% increase at one blow. Even this is not enough for Secretary of the Treasury Lloyd Bentsen, who proposes to raise fees by no less than another tenfold, to $600 a year.

One fascinating aspect of this drastic rise in license fees is that Bentsen actually proclaims and welcomes its effect as a device to cartelize the retail gun industry. Thus, Bentsen, in the non sequitur of the year, complains that there are 284,000 gun dealers in the country, “31 times more gun dealers than there are McDonald’s restaurants.”

That bastion of self-defense docility, the New York Times in Gun Control as Economic Stimulus, describes the inflow of federal receipts since the selection of Barack Obama to be the head gun grabber. Well, before the Sandy Hook false flag self-justification excuse for banning numerous small arms, the trend to hoard guns and ammo became a growth industry.

“Here’s a chart showing millions of dollars of firearms and ammunition excise taxes collected at the federal level over the last decade:

Firearm and ammunition tax revenues skyrocketed for a different reason: These went up because people were simply buying more guns and ammunition, apparently because they feared Barack Obama would curb their access to deadly weapons upon taking office.”

In the consistent statist tradition of disarming the public, the haters of the Second Amendment look to curtail sales to individuals. The economics behind the U.S. gun control debate illustrates the trends for sales to government agencies as the future market for the gun industry.

“At a time when the U.S. economy is fragile, it’s more difficult to clamp down on an industry that posts annual sales of $12 billion and has been generating new, high-paying, high-skill jobs at an impressive pace. In fact, over the past two years – as U.S. unemployment has surged over eight per cent – the gun industry has created 26,000 new jobs that pay an average of $47,000 a year in salaries and benefits.

Furthermore, rather than suffering through the recession, gun sales have climbed as Americans have become more fearful of police budget cuts, rising crime, general civil unrest and, post-9/11, terrorist threats.

The fact that U.S. government agencies, spurred by new counterterrorism measures, account for 40 per cent of gun industry revenues is also a crucial consideration . . .”

Keepers of the peace have become predators of the Homeland Security society. The neutering of local authority for federal jurisdiction is the hidden result of all the latest legislation intended to unarm the public.

By now, you probably heard the account of Feds Buy Two Billion Rounds of Ammunition, as reported in Breitbart.

The operational economics of gun control legislation has the purpose of maintaining a state controlled monopoly for firearms. One such example seen in the bill, known as the NY SAFE Act, included is a ban on any semi-automatic rifles or shotguns with “military-style” features, such as a pistol grip or a folding stock, has the goal of disarming the public. Such draconian methods drive the trade in guns underground. The black market in arms becomes the defiant mart for the new criminalization of self-protection seeking citizens.

The natural response from gun manufacturers, which are in the liberty survival business, is to boycott sales of their products to the very tyrannical government that wants to stamp out constitutional rights. Companies like Olympic Arms, LaRue Tactical, York Arms, Templar Custom and EFI, are cutting off sales to law enforcement agencies within jurisdictions that enact unconstitutional laws and regulations. A more complete list can be found in, Gun Companies Boycotting Law Enforcement In Anti-Gun States.

The federal SWAT shooters follow bureaucratic orders, as they tear down the last vestige of a free people. Curtailing or driving out of business, legitimate firearm manufacturers, wholesalers and retailers, is a part of the plan to eliminate resistance to the gun grabbing despotic regime.

Just look how far the anti gun culture politicos have gone since the Clinton era to tax gun sales out of business. Today your very own Inherent Autonomy existence is at stake from state governments as well as the federal tyrant.