President Trump Will Turn All Americans Into Deplorables 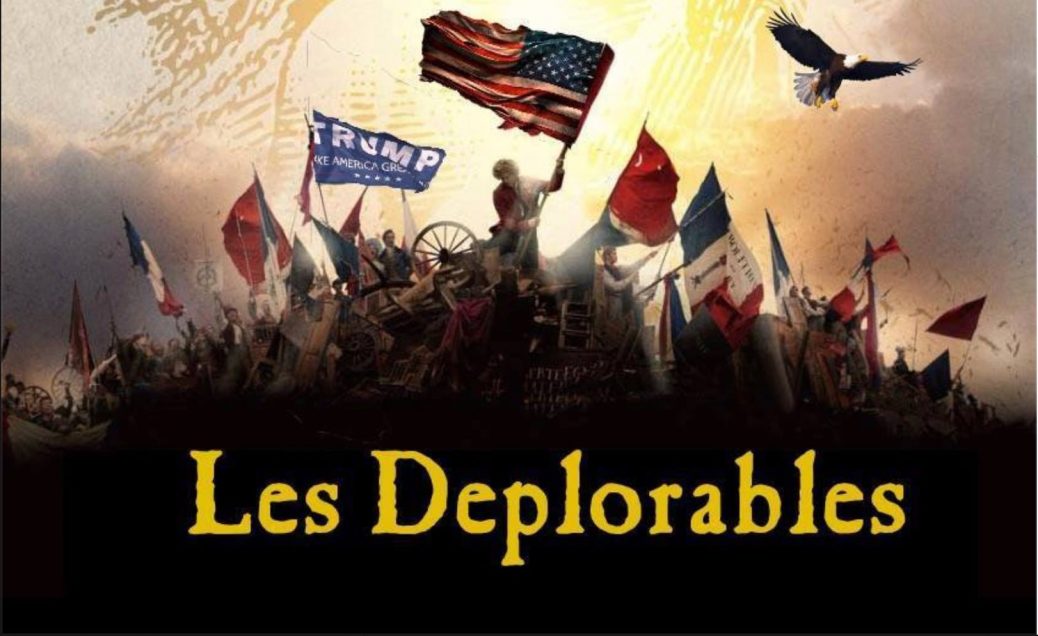 Soon after the election, I sat across the table from an acquaintance. Jane was in a state of extreme anxiety and confusion. She pleaded, and yes even implored me to ease her fears and give assurance that we would all persevere, and that life would continue and things would resolve themselves for the good of America and the world.

After a brief pause, she continued rather dramatically to speak intensely with great emotion of all the inner demons that have manifested themselves since the election, and that now haunt her dreams and every waking hour. How Mr. Trump has posed in her life a threat to all she believes in, abortion, equality, civil rights, etc., and that the outcome of his presidency would transform America into a haven for the deplorable (my word). She went on and on, blaming Republicans for stealing the election, and then complained of how all the vitriol and hatred directed at Hillary Clinton undermined her candidacy in the minds of the American people.

After what seemed to be an interminable amount of time, she finally sat back; arms folded across her ample bosoms, and stared intently at me and said, “Well say something”. I explained that I was just waiting for an opportunity to get a word in edgewise, she smirked at my insolence.

To begin, I began by explaining how over the last 50 plus years the Democratic Party has been transformed from what was commonly known as the working man’s party, into an ideologically driven political entity that turned its back on the middle class, and thereafter became morally corrupt, and then beholden to a postmodern culture devoid of any respect for life, traditional values and principles, and most especially religious liberty. And how gullible people like her have been deceived and played for fools.

Furthermore the American people over the last eight years have I believe witnessed what they perceive as a threat to their well being and the devaluation of their way of life. How the current administration and the democrats have created a climate of racial hostility, division, fear and uncertainty of what the future will bring.

Jane’s response was interrupted by the waiter who a placed basket of warm buns and loaf bread on the table, but this did not in any way compromise the stare and those dark wrathful eyes that I will admit were quite unsettling to say the least. She reached across the table toward the bread basket, and had we not been in a public place, a fine restaurant, I believe she might have started to thrown the buns at me and hit me over the head with the loaf of bread, before diving across the table to inflict physical harm.

Those eyes, big dark beautiful limpid pools, that usually were quite effusive and always smiling, were now reduced to mere slits like those of serpent ready to strike.  She shook her head, and went into a rather angry and rhetorical attack on people like me and all the rest of the white, alt-Right fringe; the despicable knuckle dragging goons who stole the election. She than added, “well at least we got something out of this catastrophe; the audience and cast of the play Hamilton gave Pence his comeuppance”.  She asked, with all the smugness she could muster, “what you think of that”.

I was ready to cease and desist all the back and forth, and give her the last word, but a voice in the recesses of my mind insisted that I not let her get away with that. I drew closer to the table, stared at her with my own version of intensity and anger and answered her question.

I mentioned that as an avid reader of books, with paper pages, I once came across a quote from the English philosopher Francis Bacon, it said in part, “It is a miserable state of mind to have few things to desire, and many things to fear”. Vice President elect Mike Pence has proven to be an honorable and decent man of strength and conviction, and can rise above the fray and withstand the slings and arrows of the miserable.

Jane it is no secret that Broadway is a liberal utopia, a social structure within itself, and that the out-of-the-closet fraternity is sacrosanct, above reproach and rulers of the stage. Watching this bunch of desperate and frightened self-possessed performers who believe themselves to be arbiters of righteousness, but who are in essence purveyors of guile, and their piously self assured pompous spokesman pontificating to Mr. Pence, admonishing him and by extension the president elect and all the deplorable out there, while his family had to endure this embarrassment, was nothing more than a preconceived performance by a bunch of tremulous hucksters. And so to you and Broadway, and lets include the Hollywood crowd, another bit of wisdom, this time from one of their own the inimitable bard, “The miserable have no other medicine, but only hope”.

She got up from the table, suggested I not call her again and left the restaurant. I enjoyed dinner and saved a few bucks. Don’t misunderstand and think me insensitive to the plight of the disenfranchised, but you must admit what has been going on since the election is nothing short of ridiculous and is an embarrassment to this great country, in the eyes of the rest of the world.