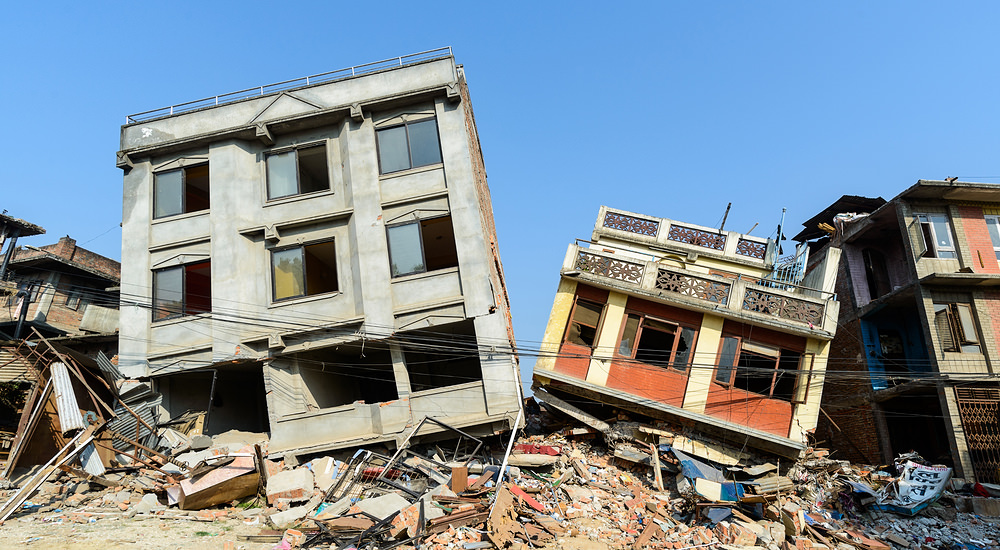 Easily-detectable (you don’t need a seismometer) earthquakes are on the rise.  You can go oniine and find several sites verifying this statistically.  Here is my contribution, courtesy of the United States Geologic Survey (USGS).

This rise has not been continuous year-to-year, or even decade-to-decade, but the overall the trend is decidedly upward.

Well, given the title of this paper, you probably know already.  Speaking of the end of human history as we know it, Jesus is reliably reported to have said: (emphasis added)

7 Nation will rise against nation, and kingdom against kingdom. There will be famines and earthquakes in various places. 8 All these are the beginning of birth pains.  (Matt 24, NIV)

8 Nation will rise against nation, and kingdom against kingdom. There will be earthquakes in various places, and famines. These are the beginning of birth pains.  (Mark 13, NIV)

These quotes, along with the earthquake data, are typically taken biblically as evidence of the approach of the End Times and the Great Tribulation. (This is why I focused on “easily detectable” earthquakes.  Jesus was telling His disciples – none of whom had a seismometer – what to look for)

But back up.  When have there not been famines and earthquakes in various places?  To my knowledge, since Eden, never.

So what are we to make of this?  Does the earthquake data mean anything at all biblically?

I think it does.  I believe it is the last sentence in the Matthew and Mark quotes above that is significant here:  “These are the beginning of birth pains.”

What are “birth pains” in the End Times?  Jesus tells us in Matthew 24 and Mark 13: famines and earthquakes.

What happens to actual birth pains as the time of delivery approaches?  They become stronger and more frequent.

What is happening to earthquakes – the End Times birth pains?  As we have seen above, they are becoming more frequent!  This is a clear geologic sign that the End Times is approaching.

The increasing frequency of earthquakes is significant after all. Indeed, it is crucial.

But what about intensity?  As the time of delivery draws near, actual contractions grow not only more frequent, but stronger.

Earthquakes of magnitude 7.0 and above are whoppers. (Because of the way earthquakes are measured, a 7.0 quake is 100 times stronger than a 5.0 quake.)  So what is happening with earthquakes measuring 7.0 and above?

They also are increasing. Here is the number of very strong (7.0 and greater) earthquakes worldwide, by decade, since 1976. (Again using USGS data)

Perhaps the strongest indicator of the increasing strength of “birth pains” is the history of mega-quakes.  Viewing the USGS data base back to 1700 (pretty much all of it) shows only 4 quakes measuring 9.0 or greater, all of them since 1960, the latest in 2011.  Unprecedentedly strong “birth pains” are emerging.

Calling earthquakes “birth pains” turns out to be just the right analogy.  Actual birth pains are caused by contractions.  Today’s scientific view of an earthquake is one of tectonic plates colliding, and one of the plates sliding, or attempting to slide, over the other.  Picture it.  This is a literal contraction of the Earth. Birth pains it is.

Of course all this could fizzle and clam down again. But I doubt it.

It is interesting that in the Bible the grand finale of current history is signaled by an earthquake; possibly the one we are building toward.

17 The seventh angel poured out his bowl into the air, and out of the temple came a loud voice from the throne, saying, “It is done!” 18 Then there came flashes of lightning, rumblings, peals of thunder and a severe earthquake. No earthquake like it has ever occurred since mankind has been on earth, so tremendous was the quake.  (Revelation 16)

The final quake is off the scale!

In Mark 13, speaking of the End Times, Jesus says: