Drop the Nonsense and Get to the Issues! 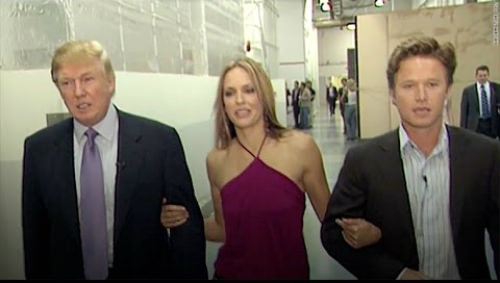 Major media is leading the country down a path that should be meaningless. They are avoiding the true issues. The use of a tape eleven years old, and subsequent information that isn’t verified, against Trump is nothing but smear. Some like to see their names in print, and people that are considered to have wealth are targets.

In the entertainment portion of Trump’s background looks are important and language is often not the cleanest. Trump owned a beauty pageant and was an actor. Sexual norms changed greatly between the 1960s and the present. Manners and courtesy have almost disappeared.

It is the business background that qualifies Trump for president. He is an outsider that has dealt with the consequences of laws and regulations passed by congress and rules passed by an agency. There has been some contact with some foreign governments. He has more common sense and experience in real life than the community organizer, and his protégé Hillary. What money Trump lost was his money and that of those who chose to work with Trump by choice. Clinton money was from the taxpayer or their position in political office.

Look at the issues that relate to all Americans regardless of race, gender or age. The big factors are economics, security, and rights. Here are the issues with some additional detail:

JOB CREATION. How many jobs has Hillary created on the front line? Look at the jobs created in upstate New York when she was senator? Look at Trump’s real estate holdings. Parts of job creation include: wages and payroll taxes, energy supply, availability of materials, jobs not only for American citizens but for refugees, guest workers, brining jobs back and starting new jobs here,

JUSTICE. No one is above the law. Less power for one or two people the judge and prosecutor. No acceptance of plea bargains just because of no money. A better system for minor offenses where the subject does not have the money for the fine, court cost, repair, and restitution in total.

FOREIGN POLICY. Both armament agreements and trade policy. The agreements that the Obama administration has made in trade and armaments have not been good for the U.S, Obama has been an apologist as a leader, which is a sign of weakness to some. The Obama/Hillary pulled back from the line in the sand with Assad, pulled troops out of Iraq too early allowing the birth of Isis. The inaction in Benghazi caused the life of four Americans. Hillary set the reset button with Putin and sold uranium to Russia.

Extremely careless Hillary had an unsecure server that dealt with classified information. In later testimony it was not only the private server but a lap top, I-pads, and blackberries. Then there was the Clinton Foundation that received money from foreign governments for something beyond speeches. So many of the e-mails were destroyed that we don’t know how much of a security leak there was. There had to be leaks someplace for WikiLeaks to get their information.

Trump wants other countries to pay their share of the agreements, at least not kick us in the teeth after helping them. We can’t afford to be world policeman, but we have to honor commitments and defend ourselves. The U.N. is almost worthless because of the rules in the Security Council.

GUN CONTROL. More gun control and out right confiscation will stop bombs, knives, arson, and good old fashioned brute force. Law enforcement might be more the five minutes away. Let those who want to defend themselves be allowed to do it. There is less element of surprise for criminals if guns are banned. Gun free zones have proven to be death zones.

RELIGIOUS FREEDOM. Hillary has attacked Catholics and Evangelicals. Trump will protect the infidels and deplorable. Trump wants to let people refuse to refuse to participate in private settings if it goes against their beliefs. General customer service, employment, and housing will still be required.

Have Obama and Hillary created a religion unto themselves by cherry picking different religions? Obama had two Muslim fathers, claims conversion to Christianity, and supports LBGT. Is Hillary the Methodist of her youth? A top aid, Huma Abedin is a Muslim who has ties to the Muslim Brotherhood. Goes this influence the refugee policy?

Islam, at least the extreme version of Sharia does not mix with democracy. How many American women want to fall under this law, due to the number of refugees?

COURT APPOINTMENTS. Trump will appoint conservative judges who will make decisions, but not legislate from the bench. The law will go back to congress to rewrite or drop. Since their terms are for life, it could be for life. The lower courts are feeders for the high court, so these appointments are just as important.

SPENDING AND DEBT. Hillary will raise taxes. Trump will p rearrange spending and hope his policies will increase revenue, a three or four level chess game. Much higher taxes will kill the economy. The truly rich can sit on their money without having to worry about more income.