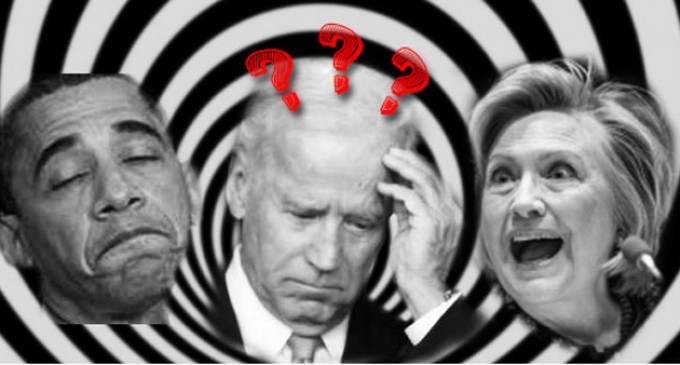 Liberals have got to be going off the deep end of reality in the wake of the Orlando shooting.  Back up the truck, boys, load them all in and take them to the wacky house, cuz they is all cray.

The actual facts suggest that a Muslim went into a gay night club and shot over 100 people, killing 50.  Those are the facts as we know them now.  Can you see the problem?  Liberals, over the last few years have placed both groups on the liberal ideology plantation along with blacks and women.  The liberal rational is that both gays and Muslims are being hunted down and attacked by them gun lovin’, Bible clingin’ conservative Christians.  Even the President routinely throws Christians under the bus in his infinite love of Muslims.

The reality of the situation is that the Koran, the Muslim handbook, has definite ideas about homosexuality:

And the two persons (man and woman) among you who commit illegal sexual intercourse, punish them both. And if they repent (promise Allah that they will never repeat, i.e. commit illegal sexual intercourse and other similar sins) and do righteous good deeds, leave them alone. Surely, Allah is Ever the One Who accepts repentance, (and He is) Most Merciful.

Of course, liberals will say that the Bible, the Christian handbook also has verses against homosexuality, but none of them call for punishment.  They all just state that such acts are against the will of God.  Oblivious to that fact, liberals still want to push the narrative that Christians and others who oppose gay marriage must hate gays.  Check out this video where Anderson Cooper interviewed Florida AG Pam Bondi and demanded that she:

“justify her public revulsion at the slaughter “despite” the fact that she’s opposed same-sex marriage and defended her state’s ban of the practice in court.”and “How could she pledge to prosecute anti-gay violence to the fullest extent of the law when she’d never even promoted gay pride on social media?”

I call total BS on that irrational logic.  I am not a Christian, however, I do not believe in gay marriage.  I would accept civil unions so that gays can have all the rights that married people have in regards to property disposition and being able to make medical decisions for their partners.  But I also believe in the sanctity of marriage, which , for thousands of years, has been between a man and a woman.   Does this mean I hate gays.  I answer you with a resounding “NO”.  No matter what their sexual persuasion, they are human beings first, and American  citizens second, deserving of the freedoms and protection this country has to offer.

Christians are the same way.  They have an idea which is “God loves the sinner, but hates the sin”.  In that way, Christians love gays, but are against the “sin” of homosexuality.  There are Christian gay groups, several gays have been elevated to high positions in Christian churches.  Doesn’t sound much like hate to me.

On the other side of the coin are the Muslims.  They not only hate the sin, they also hate the sinner.  So much so that in many countries ruled by Islam, gays are hung or thrown off roofs as punishment.  Remember, the Koran says that gays must be punished.  Accounts and numbers of gays killed by Muslims are never stated or talked about by liberals.

People wonder why liberals have been pushing the gun control narrative after this incident.  Liberal have been insanely using this narrative because it masks the real problem.  They want to ignore that the shooter was mentally unbalanced, instead, blame guns.

In the case of the Orlando shooting, the facts are a Muslim, because of his religious beliefs, and not a Christian, killed gays.  This will be very hard to spin any other way and that is driving liberals CRAZY!!