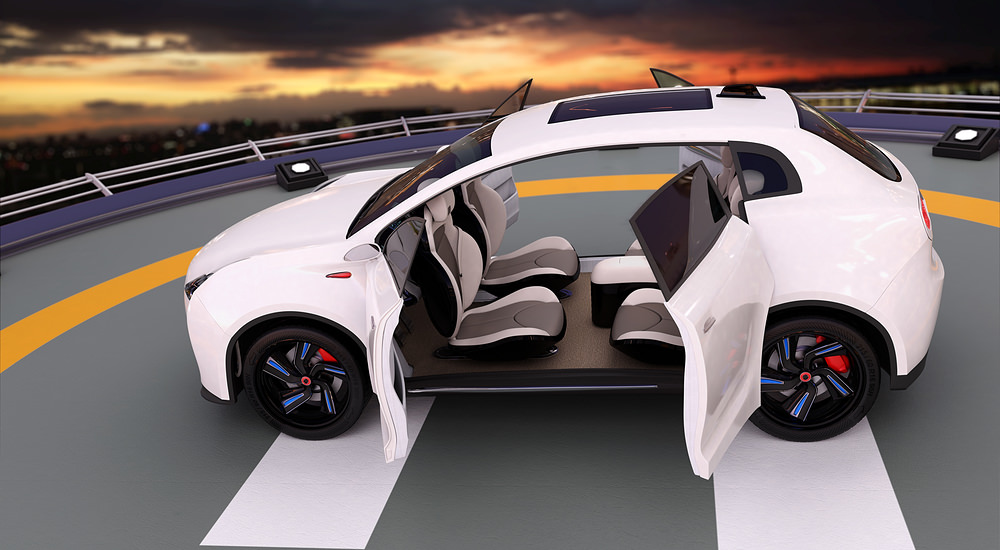 The joy of driving was once an important part of the American Dream. Take to the open roads meant freedom and adventure. The utilitarian objective of moving from one place to another just does not seem to possess the same romance. As with all reminiscences of the past, the lingering memories like to keep the good times close and block out the troubles when possible. This same trait can be applied to the distinctly national love affair with the auto. But as with all things, times move on and many in the tech community believe that the next advancement in land travel will come from an AI revolution.

Motor vehicle manufacturers and the oil industry that fuels them became a large part of creating the Big Business model. Money was to be made. Names like Ford and Firestone rubbed shoulders with the likes of Rockefeller. Today, the stable of electric and hybrids appeal less to the muscle power consumers who value horsepower, than to the save the planet believers, who are less concerned about cost per mile.

Such a dilemma is being transformed by the programming of software that is being designed to take the thinking out of driving. Some may say that there is very little aptitude in the passing lane at this point anyways and that the promise of an autobahn with a Google hangouts plugin would enhance the gaming experience in transit.

Well, so much for controlling the direction where the rubber meets the road, the jumbo tech giants smell money all over this twenty-first century bonanza. When the Washington Post reported, in Google’s artificial intelligence breakthrough may have a huge impact on self-driving cars and much more; “Google researchers have created an algorithm that has a human-like ability to learn, marking a significant breakthrough in the field of artificial intelligence”, the part timers over at Uber were just given notice.

“A more appealing solution for Google would be for the car to develop a level of intelligence that’s so high, it wouldn’t need those preloaded maps. It could simply scan roads in front of it, and teach itself how to drive anywhere.”

In another account, this from Breitbart, Artificial Intelligence Breakthroughs in 2015, the Singularity by 2030.,”Several companies are testing self-driving cars, and they’re expected to be available commercially by 2020.” That’s just around the corner and it looks you will not have to stop to make a “right” turn.

So what are the economics from this brave new world?

It’s No Myth: Robots and Artificial Intelligence Will Erase Jobs in Nearly Every Industry, predicts that “Manufacturing will be returning to U.S. shores with robots doing the job of Chinese workers; American carmakers will be mass-producing self-driving electric vehicles”, but will also bring about “The first large wave of unemployment will be caused by self-driving cars. These will provide tremendous benefit by eliminating traffic accidents and congestion, making commuting time more productive, and reducing energy usage. But they will eliminate the jobs of millions of taxi and truck drivers and delivery people.”

Xconomy, from the San Francisco Bay area offers this analysis.

“So far most conversations around self-driving cars focus on personal vehicles. It’s unlikely we’ll take a fully autonomous car for our daily commute for quite a few years, but commercial trucking will see self-driving vehicles emerge far sooner. One company, Peloton, is already making this a reality. Long haul trucking is an easier technical challenge because interstates are generally straight lines, well-marked, digitally mapped in high definition, and generally free of pedestrians, bicycles, and other random obstacles; and the economic productivity of trucks can justify substantial investment in sophisticated cameras, sensors, and computers needed for autopilot systems. The economic need for autonomous trucks is huge due to the high cost and shortage of drivers, regulatory limits on driving time, and the fuel efficiency gained from convoys travelling close together in peloton formation.”

Lastly, from the respective McKinsey & Company, a global management consulting firm – Ten ways autonomous driving could redefine the automotive world. The entire descriptions can be read on their site.

6.    Companies could reshape their supply chains

7.    Drivers have more time for everything

The economic dislocations can be earth shattering. However, the buggy makers in this round of the transpiration technology interchange just does not seem to promise the same employment uplifting that Henry Ford’s accomplished with his THE FIVE-DOLLAR DAY—JUMP-STARTING THE MIDDLE CLASS.

Well, when in doubt just go to a Starbucks and order an iced caramel macchiato. You might even get change. Is this the kind of benefit consumers could expect from having “more time for everything”?

Control of the transport market may bear an Apple logo, using a Microsoft operating system, built by Toyota, delivered by Bezos drones and sold through Musk marketing “programming” commercials, carried in Google ads. As for the displaced UAW workers, just chat and text from your smart devices, your unemployment benefits just ran out.

The merchant economy is the only alternative to this Metropolis Melodrama induced society that is destroying the financial futures of most households. The billionaire ranks swell, while the consumers starve. Trading in your Ferrari sports car for a dependable Argentine Criollos steed may not be practical or appealing for most. However, compared to navigating the highways as cargo in an artificial intelligence environment; taking a greyhound bus looks more attractive than ever.