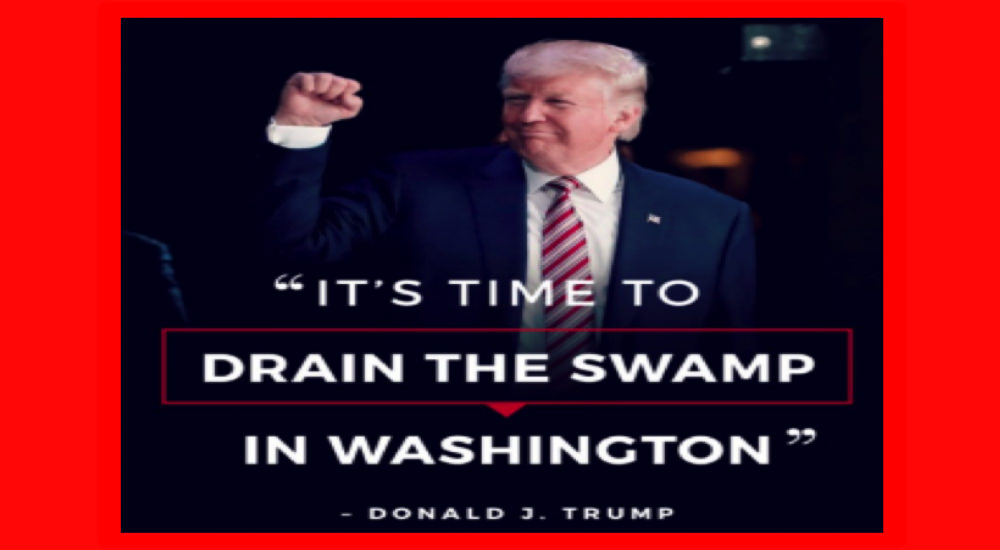 There are 200,000 Federal officers with firearms and arrest authority in 67 Federal agencies compared to only 182,000 U.S. Marines. These agencies spent $1.48 billion on guns, ammunition and military equipment they should not be using. Were they to be Obama’s private army?

We should fire all EPA lawyers if it were a private law firm, it would be the 11th largest. The EPA employs more lawyers than scientists. Since 2008, the EPA spent $1.2 billion on salaries for lawyers. More money than on chemists, health scientists, ecologists, chemists, microbiologists, geologists, hydrologists, toxicologists, biologists and physical scientists. The EPA is defended by the Department of Justice in court.

End federal funds for sanctuary cities. They are now so great we cannot even get a total as it appears no one really knows. but the total could be $1 trillion! Issue an executive order telling all federal contractors they have to leave any city that ignores federal law. Money talks.

Cut funding for agency self-promotion. $1.5 billion per year is spent on PR campaigns designed to show taxpayers how to spend more taxpayer money so they can expand these bureaus. This a total waste on what is often waste.

Eliminate the Export-Import Bank. Pemex, leading government owned Mexican oil producer got $7.1 billion. The Boeing Company got $60 billion and in one transaction Boeing sold a billion dollars of airplanes to the state-owned airline of Angola a nation whose people are starving.

Stop Federal Funding the Ivy League. More than $30 billion in government payments, subsidies, special tax treatment, grants and public perquisites were made to the eight colleges of the Ivy League. With endowments averaging $2 million per undergraduate student and total assets $220 billion, the Ivy League has all the characteristics of a criminal enterprise.

Forty seven Ivy League administrators are paid over $1 million per year. For the last six years their schools received $19 billion in Federal funds while they charged $23 billion in tuition with no guarantees for jobs. In 2014, tax breaks on the endowments were $3.4 billion, $60,000 per student.

Accomplish VA reform: In the VA scandal when 1,000 sick veterans died waiting to see doctors. The VA added 40,000 new positions with only 3600 doctors. Waiting times are greater than ever; 500,000 sick veterans wait more than 30-days to see a doctor because, “…there aren’t enough doctors!” They increased hiring interior decorators, public relations officers, lawyers, and gardeners, but there may be a supply problem as medical schools always “…keep the club small.”

Examine federal employee pensions: Public employee retirement pensions are public information subject to open records law, but they are guarded by bureaus. How about Lois Lerner? It will take Trey Goudy to ferret her very lush retirement package. Two union bosses substitute taught for one-day in the Chicago public schools and qualified for a $1 million teacher pension, but were caught by OpenTheBooks.com investigators! If a private watch-dog group can do it Mr. Trump’s Federal investigators should be able to.

Nonetheless, the Obama Administration denied OpenTheBooks.com Freedom of Information Act request for the federal pensions claiming “a clear invasion of personal privacy.” Mr. Trump should open the books on federal pensions as he “…drains the swamp.”

Cut Federal funding to municipalities paying lavish salaries to public employees. “Local control” is long a conservative hallmark, but taxpayers in Maine shouldn’t have to subsidize outrageous compensation packages in California. Over 220,000 public employees in California are paid over $100,000 per year and will get 100% of salary in retirement! Now some California unions are trying to make their retirements inheritable assets which would pass them on in perpetuity!

Los Angeles County pays a harbor boat pilot $482,000 annually and $370.000 each per year for ten helicopter pilots, so cut an equal amount from their federal subsidies. In 2016, the Federal government sent Los Angeles County $1 billion in grants alone and they are a “sanctuary city!”

Mr. Trump’s work is cut out for him, but the American people will applaud and revere him for a long time if he gets this job done.