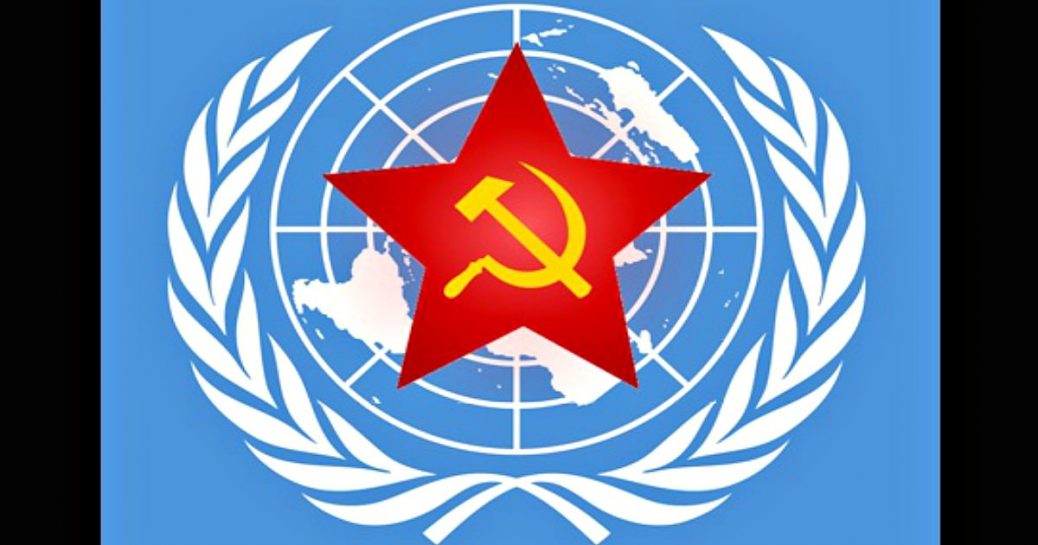 “Worls War II Made The World Safe For Communism”

Dr. James Dobson has gone out of his way to call the New World Order “Nazi like.”  You can read this Koch-approved article here: https://www.charismanews.com/opinion/american-dispatch/72515-americans-read-this-urgent-warning-from-dr-james-dobson

“NAZI-LIKE” IS NOT NAZI!!! What is wrong with everybody? This is intellectual slothfulness at its worst. Just as many Communists murdered Polish Jews as Nazis. Nazism is dead. How can all these brilliant people – Lisa Haven, James Dobson, Alex Jones – keep calling conditions today Nazism – and completely, conpletely, completely overlook our Present-Day Communist enemy, the same Communist enemy funded by Rothschilds since the 1789 French Revolution? NOTHING PLEASE 21st CENTURY COMMUNISM MORE THAN TO HEAR ITSELF REPEATEDLY CALLED NAZI! This among some perpetrators may be unintentional Fake News – but it is still Fake News!

Dobson “warns” with perhaps the unintended approval of Koch:  “The prime mover in censorship was the Minister of Propaganda, Joseph Goebbels. It was his responsibility to see that the German people were fed with material acceptable to the Nazi state. Newspapers, radio and all forms of media were put under the control of the Nazis.”

SO WHO IS SCRIPTING THE FAKE NEWS TODAY?  NAZIS?  NO!  IT IS SCRIPTED BY ROTHSCHILD-FUNDED AND SANCTIONED COMMUNISTS!

Dobson then warns of the concentration camps that were in Nazi Germany.  Well, FEMA and privatized camps and prisons are everywhere in the American swamp.  But none are Nazi!  None!  They are Communist internationalist foreign-invested for global governance of world government!  None are Nazi!

During WWII – with radio, books, newspapers, pamphlets, booklets, magazines – Charles Coughlin (who was a close friend of FDR) fought Communism! To 40 million radio listeners. But the liberal-run history books have wiped it out. He fought Communism. As it should be fought today. FDR was controlled by Communists. And here’s a little of volumes of what he said:

“Communism and Nazism were two wings on the same bird of prey. Communism the left wing and Nazism the right wing. They had a great deal in common, as both were Marxist. But Communism wanted no middle class while Nazism wanted a strong middle class.” Coughlin all the time was fighting Trotsky’s Marxist Multiculturalism – yes, thousands of illegals were coming over the border then under the same plan – and Early Browder. Finally, at the end of WWII, “WWII made the world safe for Communism.” Stalin was gifted the UN.

And still today, not one Hollywood movie has been made on the 65 million Christians slaughtered by Communists in the 1920s.

So do we continue to please the enemy by not calling it by name? Soros was a Nazi collaborator, as a closet Communist. Now Soros is an out-in-the-open Communist. He wants no American Middle Class and is destroying it as you read this. Always remember this: 1920’s Communist Russia murdered 65 million Christians (Hitler was aware of this) and Hitler went after Communists in Germany, unfortunately many who were Jews. Baruch and Biddle and Morgenthau and Browder were Communist (Jews) who ran things in WWII America and Coughlin endlessly exposed them. Let’s start calling Communist, Communists!

America is so dumbed down it cannot even name its worst enemy.  The Communist New World Order has already triumphed!