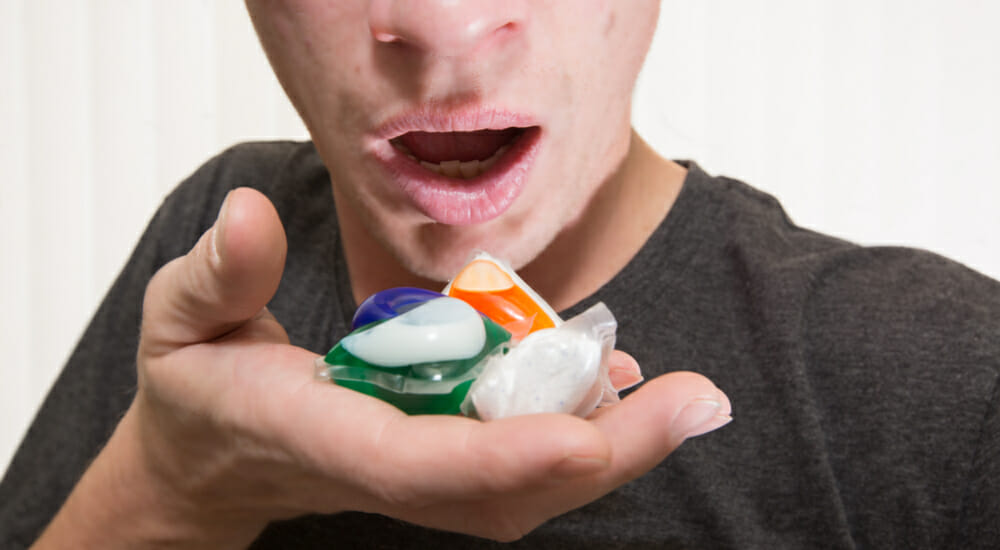 Another stupid law proposed by Nursemaid legislators to try to govern every aspect of our lives. Will we ever learn that we cannot legislate stupidity out of society?

This time it is a law proposed only by the State of New York, but I wouldn’t expect this safety edict to be limited to just one State. Sooner or later, some Congressman or Senator will pickup the ball and run with it – straight to Capitol Hill.

As with many eventual decrees handed down by tyrannical busy-body progressives, it starts first with a request, or in this case an “urging.” It is then followed with a threatening demand, as in the case in New York.

New York State of Politics writes that, “While our legislation would only protect New Yorkers, we urge Procter & Gamble and all manufacturers of colorful detergent pods to offer the same protections to the nation and immediately commit to the precautions set forth in our legislation,” wrote the lawmakers, Sen. Brad Hoylman and Assemblywoman Aravella Simotas.

“It’s time that you recognized the danger to those least able to protect themselves from a poisonous product packaged like candy. If not, these products should be removed from store shelves as soon as possible.” Leftists do like to make demands.

Yet this was apparently not a wide spread problem until the dimmest among decided to start a Tide Pod Challenge. I will not link to this. If you wish to see it, you may find it on your own.

In 2012, Proctor & Gamble introduced laundry detergent in pod form. It was simple and easy to use. I’ve been using them for years. They’re great. However, poison control facilities began receiving calls. Evidently, little kids, thinking they were candy, were eating them.

May I ask the obvious? Where are the parents? Oh that’s right. Parents are no longer wholly responsible for their OWN kids. It is up to the village, as in, it takes a village to raise a child.

But the anti-pod movement didn’t truly get traction until on January 7th, 2018, some YouTube moron made the first version of the Tide Pod Challenge.

In the letter to Proctor & Gamble, the New York lawmakers write that not enough has been done by the company to stop the viral social media challenge. What an absurd claim! How, pray tell, is P&G supposed to do that? I’ll tell you how. Pull their successful and incredibly convenient product from the shelves in order to satisfy the Nanny State.

Because some ignoramus on YouTube is so cretinously moronic, some other imbeciles feel compelled to write a law. Frankly I’m struggling to come up with a more colorful turn of phrase to describe just how dull-witted some must be to think it okay to eat laundry detergent, or to challenge others to join him. When did it become cool to be so fatuous? We are Idiocracy.

And the fascinating thing is that we on the right always point to Europe for silly laws and regulations that then migrate to the U.S. Yet even Europe isn’t as heavily regulated as we. Maybe Americans really are just dumber.

Europeans don’t feel the need to have warning labels on blow dryers telling you not to use them in the shower. They don’t have warnings on bags of Styrofoam peanuts warning you not to eat them. They don’t feel the need to tell you that your baby might drown if you place him or her head first into a 5 gallon bucket of water, nor that wrapping your toddler’s head in plastic wrap might cause suffocation, nor any other number of idiotic things.

I have always come down firmly against abortion and euthanasia, but if scientists can develop a test that can be administered to accurately tell if a person is presently or will after birth become a dumb-a**, I’d be willing to take a second look at both preemptive procedures. We could start with the Tide Pod Challenge YouTuber. “I’m sorry son, but you’re just too darn stupid to walk this Earth another day. We’ll have to put you down.”