We Don’t Need No Stinkin’ Wall 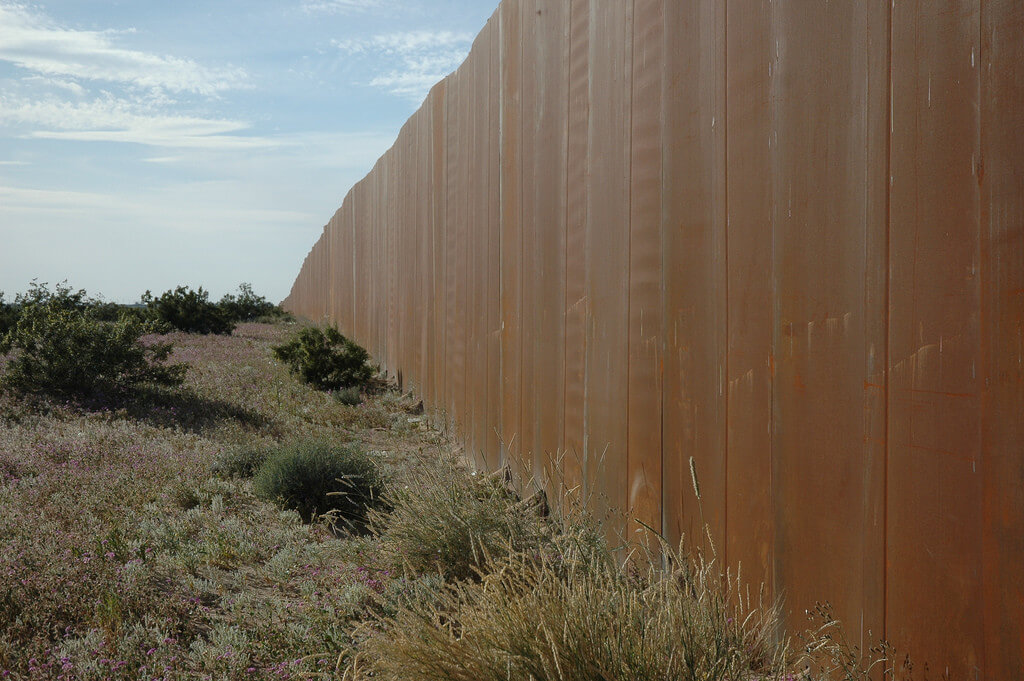 Donald Trump is adamant about having a wall on our southern border. He said he would make Mexico pay for it. Of course, Mexico’s leaders both past and present are calling him out for the statement and saying that there is no way Mexico is going to pay for a wall.

Trump’s declaration, like so many of his others, are inciting but not necessarily feasible. There are better and less costly ways of shutting down the influx of immigrants from around the globe who choose un-permitted entry into our country primarily through a porous and virtually unmanned border. It is quite well known globally that the easiest line of illegal access is our southern border. Thus, Trump’s concentration on a wall high enough and deep enough to discourage intrusion.

One way to accomplish the task without an unsightly barrier is law enforcement. Stated another way, if the federal government would enforce the laws passed by congress and signed into law by past presidents, there would be little problem.

President Bush allowed restrained enforcement of our existing border enforcement laws. President Obama has virtually scrapped them. He has actually instructed the troops enforce the laws.  He has passed the word that there will be disciplinary action for not carrying out his unlawful demands to allow those entering the country safe passage once they have answered a few questions. In some cases, agents are instructed to transport them to federal transitional housing.

It has also been reported that under the current administration, many of the illegal border crossers are then being transported to various locations of their choosing within the country. More than one article states that U.S. taxpayers are providing air transportation all the way from South and Central America into the United States. All under the false front of refugee assistance. Taxpayers are now importing un-vetted danger.

Simply reversing these unlawful policies would go a long way toward making our country safer and lessen the burden on the taxpayers and government. Allowing those hired and trained to track down, detain and deport foreign lawbreakers the opportunity to do their jobs would also accomplish what a much more expensive and ungainly wall might achieve.

We have the laws in place to protect our country and the citizens within. Those laws are being overridden and effectively overwritten in a despotic attempt to fundamentally change our country. The tyrannical methods used to transform this country are exactly the ones used in the South American countries from which many of the people flee. The changing of this country is one doomed to fail…or succeed depending on the preordained goals.

If allowed to continue, this pattern of executive mandates outweighing congressionally passed laws can only lead to a full Marxist/socialist or even communist government. There is not, and has not been, a Marxist, socialist or communist government that does not impoverish, enslave and abuse the citizens before total economic collapse and/or violent revolution. We are already seeing escalating unrest and violent protest throughout the nation. The next step is now a short one.