I Don’t Need Your God 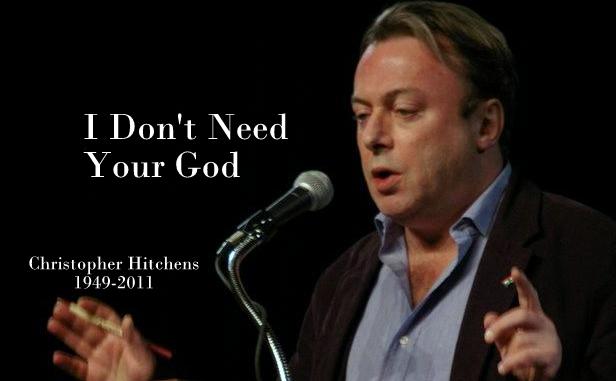 I Don’t Need Your God

Years ago my wife was called for a season by the Lord to do prison ministry. That calling led her to a half-way house in Mason City Iowa where she was living. It was during that time that a man, I’ll him call Lavon, started coming to their weekly Bible Studies.

Lavon was a large and powerful man who had been in and out of trouble with the law most of his life. He had even been shot several times, but managed to survive. Lavon kept telling my wife and the others in the group that he had no need for their God and His Bible. But for some reason, Lavon kept coming week after week.

Finally toward the end of one weekly meeting Lavon again got on his high horse and proclaimed that he could take care of himself, that he didn’t need their God.

My wife looked at him, knowing all the trouble he’d been through in his life and asked him one simple question. “So, how’s that been working out for you?”

By the end of that night Lavon had accepted Jesus Christ as his Lord and Savior.

Lavon, like so many before him just could not let go of trying to control his own life. He could do it all on his own.  He was sure that God might be for other people, weak people, but he was strong and he “didn’t need no God.”

In another story from the news a few years ago, Evil Knievel the stunt performer/daredevil, in the last months of his life, gave himself to Christ in a moving service at the Crystal Cathedral in California. In his testimony he said that one of the reasons he waited so long to give his life to Christ, was that he didn’t want to let go of his sin and his life. He wanted to be in control.

That is one of the biggest reasons people do not come to a belief in Jesus Christ, they do not want to give up control of their lives to anyone else.

If there is a God and if that God created us, then we owe that God not only worship, but our loyalty.

If we are the created, then we owe the Creator.

When we talk about God and being created by Him the unbeliever will eventually come back at us with something like this, “Then who created God?”

All we seem to be able to come back at them with is… “God has always been and always will be, no one created Him.” This is hard for the unbeliever to take.

So let’s accept their premise for arguments sake, and say that if God did have a creator, which He didn’t, but if He did, then He, God, owes that creator HIS worship and loyalty. But even if that were true, that doesn’t negate our owing OUR creator God worship and loyalty.

Still don’t accept an all knowing, all powerful eternal God, then look up in the night sky and try to imagine the universe going on forever and ever, never coming to an end, which is what science tells us is so. If you believe the scientists who tell you the universe has no end, then how can it be so hard for you to believe that God has no end or beginning?

We all believe in or worship something or someone.

We will either believe in A god or gods; or THE God and follow Him, or we will put something else in His place. That could be work, or money or power or any number of things. But we will all follow or worship something or someone.

We may even make a god of ourselves.

We will worship us; we don’t need any god so we become our own god. We worship ourselves, we seek only to do what pleases us, not caring much about what pleases others, unless that in some way reflex’s back on us to the positive.

Making ourselves our own god is what the whole “New Age Movement” is about. God is in everything and we are in everything therefore we are god.

Sorry to say, but we can’t be a god. We didn’t create anything, and we are not all knowing or all powerful. We will also die at some point. Life didn’t begin with us and it won’t end with us.

We are the created being.

You also were not around when the universe was formed or the planet was shaped. All you can do is guess as to how these things happened. Without the brain that God gave you, you couldn’t even do that.

Without the brain that God gave you, you could not build or create anything. You could not even control the hands at the end of your arms or the feet you walk on.

Without the brain that God gave you, you couldn’t comprehend what I am writing about. You couldn’t write or understand language, mine or anyone else’s.

So if we assume that there is a God and you are not Him then let’s look at the other part of my title, do you need God?

Just like Lavon at the beginning of this piece, we think we have no need of God or anything to do with Him. We want to control our own lives and rebel against anyone who tries to take control over us, and that includes God.

Even though Lavon wanted nothing to do with God, God wanted something to do with Lavon. That is why Lavon kept coming each week to the Bible study. God had His hand on Lavon and He was not about to let go until Lavon was willing to come to Him.

I know that in my own life, I can look back and see God’s guiding hand all over it. When my second wife died suddenly, it was God who came along side me and helped me to learn of Him and gave me His shoulder to lean on.

Do I need God?

You bet I do, I could not do what I am doing without His leading and guidance.

He has shown me in large and small ways that He is watching over me, guiding and protecting me and I have come to trust that “Still small Voice” in my heart.

God led me to a wonderful new lady when my heart was broken and she is more than I could have ever hoped for. God led us to an area that has everything in it that we need. He help me in so many ways that I can’t even began to list them.

I truly gave my life to Christ the summer after my second wife died when I came to realize that I was never going to be happy in this life unless I was doing whatever He wanted me to do. And He has been leading me down a path of His choosing ever since.

My own Dad was in and out of the hospital throughout most of my childhood. He was in much pain and wanted to be a part of my life, but couldn’t be the father he wanted to be. But he did have one thing above and beyond his family; he had God and his Bible. He told my mom once that he didn’t know how he could get through it all, if he didn’t have God to lean on.

We all go through tough times in this life and belonging to God does not give us a free pass. But having God with us to lead us and guide us, comfort us and listen to us, is SO MUCH better than going through those tough times without Him.

I know that I need God and I know that you need Him too; every day and in every way.

We both need God.

We ALL Need God.