Don’t Let ’em Get your Goat 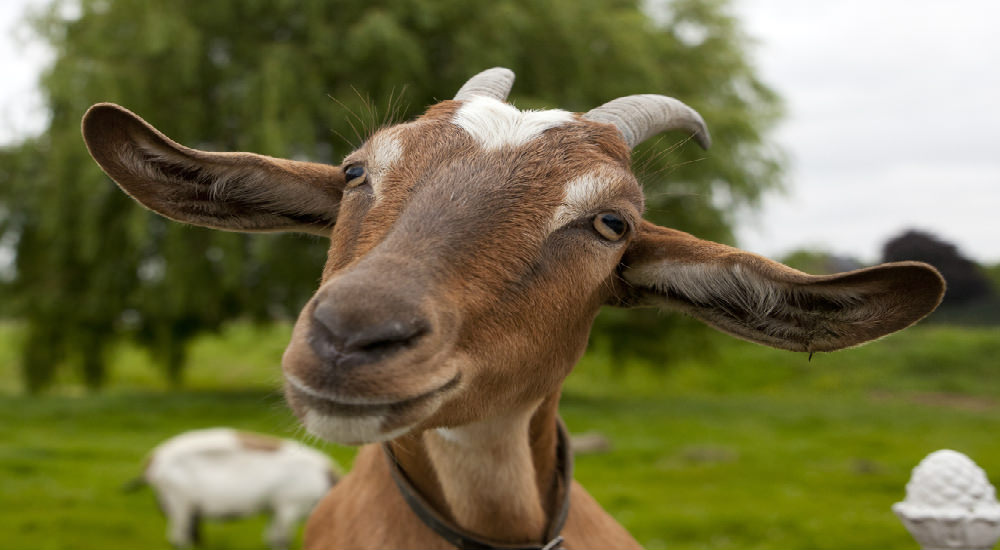 Most people were not taught how the terms Leftwing and Rightwing came into existence. Most do not understand they have always been religious in nature and origin.

All the nations will be gathered before him, and he will separate the people one from another as a shepherd separates the sheep from the goats.  He will put the sheep on his right and the goats on his left. Matthew 25:32-33.

French intellectuals, calling themselves Humanists, were elected to the very first parliament. As a group, they claimed their seats on the left side of the lectern and identified themselves as Leftists. When asked the reason, they referred to the above quoted scripture. They wanted to show “symbolic solidarity with the goats of the Bible.”

In other words, they informed the world their existence would be marked by a declaration of war against their Creator. From the French Revolution onward, all Leftwing Parties are marked by the same hatred of all things sacred.

These Leftists dismissed their opponents as Rightwing because, they said, Rightists were mere sheep in thrall to the Shepherd of Rome. That initial enmity against God and Christians (and also against every other religion except Islam) has blossomed into the primary goal of Leftist parties worldwide: the eradication of belief in all things other than Reason.

Dare I point out that multiple millions more people have been murdered in the name of Reason and Progress in just the 20th Century than were killed in all religious wars over the past two thousand years?

By any measurement, modern Leftists are their father’s children. They steal, kill, and destroy with the zeal of true believers.

They steal by declaring themselves to be the vanguard of the people. Government, Leftists say, will provide everyone with a living wage or a decent standard of living. They do not tell the people how that is to be accomplished. They steal what does not belong to them, keep most of it for themselves, and allow a small portion to trickle down to the poor. Always keep the suckers wanting more.

In every Leftist takeover, from Germany and Russia, to China, and Cuba, thousands of innocent people are murdered as a matter of course. They are declared “enemies of the people” and summarily executed. As was done in Cuba by the face adorning millions of shirts on college campuses across America today. Chѐ Guevara himself murdered scores of people, often in front of their families. His personal reign of terror ended somewhere in Bolivia where he joined Butch Cassidy and the Sundance Kid in repose – after, of course, sobbing like a little girl as he begged on his knees for his miserable life.

Brave, these Leftists. Aren’t they?

I want every Christian to understand the nature of our enemy. They are their father’s children, and they share their dad’s determination to rule the whole earth.

Which brings me to my point. The Democrat Party is dead and has been for decades. Beginning in 1968, and especially with the nomination of George McGovern in 1972, Leftists used the two steps forward, one step back approach to take total control of the party. Today, moderate and conservative Democrats are gone – purged by Woodstock Nation. Bill Clinton’s DLC, or Democrat Leadership Conference, the so-called centrist Democrat, is history. It had been formed to fight the Left after three landslide election defeats in the 1980s.

Monday night, much of the nation saw the results of Leftism’s full flowering in the Democrat Party. The masks have been removed, and Tim Kaine, for example, exposed himself as an unscrupulous, corrupt, political hack who we know is lying because his lips move. Did he, or did he not, declare that any opposition to Muslim immigration to be unconstitutional? The problem is, he knows the low-information voters will buy any lie he or Hillary tells them, so why not just lie, but do so outrageously? He is the Democrat Party, and they are coming for US – you and me – after this election if they win.

So utterly corrupt are the Leftists in Washington, the Obama administration dropped all charges filed against a gun dealer after he threatened to expose Hillary’s involvement in illegal weapons shipments in Libya. You wanted to know why Chris Stevens was in Benghazi? He was just the latest casualty in the name of Ambition.

That doesn’t even scratch the surface. The FBI and the IRS are just as afraid of the Left as members of the Supreme Court. What does the Left have on John Roberts and other prominent people in Washington? We may never know as long as they play ball.

Never fear though, right? Mitch McConnell and Paul Ryan are on the ramparts to protect us from the Leftist hordes.

Now that we’ve all had a good laugh, let me point out the collusion between the parties to eliminate our borders, to grant amnesty to the illegal invaders already here, and to import an Islamic army to be used by the Democrat Party to disarm the American people and systematically oppress us. If you don’t think it can happen here, you are naïve as any Cambodian who believed Pol Pot was just another agrarian reformer.

Do not underestimate the evil being perpetrated in the name of Reason and Progress. The Left has done away with our Internet. They are coming for talk radio and the conservative commentariat. The pro-amnesty right has been playing with the serpent for so long now they will be devoured without effort, to their total surprise. Magazines like National Review and anti-Trump zealots like Jonah Goldberg are at best me too Republicans, wanting to be liked. At worst, they are useful idiots, wanting to be liked.

Elitism is exclusionary. Always has been. Always will be. We are a nation of laws. The Law is King, or used to be. But, just like the father of Leftism, his modern children stroke rightwing egos on the way to the guillotine, the same way Ted Kennedy flattered Orrin Hatch for years. Sad, really.

Trump must win. We the People have our final opportunity to cut this snake’s head off, once and for all. If Trump loses, our nation will be devoured.