We don’t Choose God – He Chooses Us 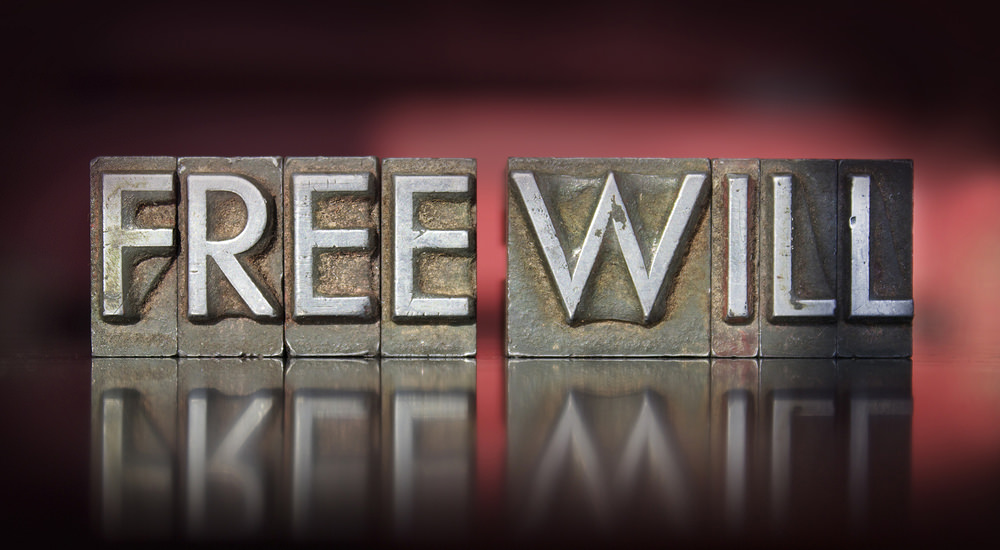 Arminianism-proper arose in the late 14th/early 15th century, but it is very close to a much earlier idea, ‘Semi-Pelagianism’. And both are heresies. A Dutch reformed theologian, Jacobus Arminius, though officially a ‘Calvinist’, prompted by a Romish ethos, studied the book of Romans and decided he could not accept its teaching on predestination, despite the fact it is clearly stated in scripture. Predestination is often called a ‘Calvinistic doctrine’, because Calvin highlighted the teaching as part of his more general work on God’s grace in salvation. But, it is not Calvin’s doctrine: it is God’s! It is clearly found in scripture.

Arminius’ denial of predestination brought him into conflict with other leading theologians. Yet, in 1610, he published his ‘Remonstrance’ (a statement of his teaching on the subject). Followers of his teaching were called Remonstrants and they were condemned at the Synod of Dort (1618-19). In his Remonstrance, Arminius argued against five major teachings found in Calvinistic (biblical) thought.

Whilst Calvinism is still a major force within the churches, it can be said that Arminianism (seen by Calvinists to be the exact opposite of Calvinism) is of far greater influence today. Indeed, it is rapidly gaining ground, especially with the growing support for ecumenism throughout the world. The cult of Romanism is one of the most ardent of Arminian-type religions, though not based on it. Because of Arminianism’s insidious (and not so hidden) growth, it is a wise man who examines what the implications are for Christians today.

Rather than enter into complicated theological debate, let us stay with ordinary examples of what Arminianism can mean for us today… If you hear a preacher call someone to the front of the hall as a matter of course, to “make a decision for Christ”, you may smile and pray that many will do so. This is because you genuinely want to see people being saved. Nothing wrong with that. But, the very call made by the preacher – commonly made, I may add, right across the whole spectrum of Christianity (I used to do it myself!) – is itself heretical. This is because no man or woman or child can ‘decide’ to come to Christ!

It does not matter how good the preaching is; if the Holy Spirit does not call a person, then he or she will remain dead in sin and no amount of pleading, on knees or otherwise, will change that stark fact. Hard to accept? To many, yes… as it was to Arminius. To say a person can choose his own salvation is a direct contradiction of Calvin’s theology. More correctly, it is a direct contradiction of God’s word. (That it does not agree with Calvin is inconsequential).

A similar expression to ‘deciding for Christ’ is the currently fashionable one of “loving” someone “into the Kingdom”. Really, it is the same error: to think that great prayers or, human persuasion, can change God’s mind, or a person’s soul. It suggests that if we pray ‘hard enough’ and ‘long enough’ or, argue well, that God will do what He may not otherwise have done. It also suggests that our prayers can somehow ‘make’ a person ‘come to Christ’.

Linked with this erroneous view is the idea that anyone who is seen to be a ‘bad witness’ (someone who does not fit the idea of a Believer in the eyes of the praying person) can somehow undo the benefits of ardent prayers and long periods of persuasion. I’ve been accused of this many times! The heresy is that such ideas claim to alter God’s eternal design and will. God saves from eternity, not at the whim, or even the real urgency, of a Believer!

So, those big campaigns that centre on our own activities, on making sermons ‘more interesting’, on ‘bringing them in’, etc., are, really, modern evidences of Arminianism, which is heresy. (Rock music in churches is a part of this marketing factor). It directly challenges God’s own Will. It denies salvation by Grace alone. In this light it is irrelevant that such thinking is anti-Calvin, though we ought to be thankful for Calvin’s forceful teaching on the matter. More pertinently, we should thank God that He chose to exercise Calvin to think the way he did and at the time he did. (To pre-empt critics: no, none of this excludes preaching the Gospel, or witnessing! And, sorry to disappoint – I do not wear the Calvinist badge).

Perhaps preachers do not realise their altar-calls and some activities are errors. That is beside the point. They are erroneous and that’s that! The important thing now is that those who realise their error must stop it. Immediately. To know one is in error is a shock. It can also be ’embarrassing’ in the human sense. The true Believer, however, will not allow that to stop him from changing his own words and teachings, if they are wrong.

It is important for its own sake, because it is against God’s word. It is also important because those ‘saved’ under Arminian preaching and altar-calls may not be saved at all, but are deluded into thinking they are (note the high number of campaign ‘failures’ who leave their new churches!). If these folk later ‘decide’ to ‘train’ for pastoral duties, then the folly is magnified many times over and the heresy spreads insidiously, deluding greater numbers than ever before.

Arminianism sits well on the shoulders of Romanistic-type thinkers. In Romanism the heresy is assimilated naturally. Pseudo-Christian cults like JWism, Mormon and others, are also Arminian by nature. Think carefully about the words you use. If you are a preacher, then your words are weighed by a jealous God, Whose way of salvation is determined and fixed. (Note: ‘Predestination’ is not necessarily the same as ‘foreknowledge’).

Those who have been saved, who are being saved and who will ever be saved, had their salvation decided before the world began. Their salvation was assured before they were, or will be, born. Just as salvation and its recipients are known and determined by God before time began, so is their perseverance… they can never, ever lose their salvation. Yet, Arminianism tells us that a man can lose his salvation! Again, this opposes scripture. Don’t listen to error, under whatever name. Only God is true.

“The religious world is staggering under the influence of a depraved intellectualism which denies God His right to operate among the peoples of the world as He pleases. No-one can believe in free will and free grace at the same time. These subjects are as diametrically opposed as light and darkness, heaven and hell, or a holy God and an unholy man. To believe in free will dethrones the sovereign God; to believe in free grace dethrones depraved man. Who is on the throne in your concept of salvation?” (W E Best)

There are some who insinuate ‘free will’ for those who are saved, but I believe ‘free will’ is the wrong term to use for Believers (see my articles on this on my website). However, this article is not primarily a statement on free will, although the notion of free will is at the bottom of it all.

To sum up: We cannot ‘choose’ salvation or God; we cannot ‘search’ for Him (unless He first draws us – a process which will always result in salvation); we cannot lose our salvation: once saved always saved (I don’t care if you deny it). Anything else is to deny God His rule, His Holy power, and the authority of His unchanging and unchangeable word. Arminianism denies all this: it is therefore heresy. Sadly, charismatic churches are Arminian in character, beliefs and preaching. As such churches are growing world-wide, they are ripe for delusion and gross error (as the 1990 Toronto Blessing movement proved, and which now poisons churches worldwide).