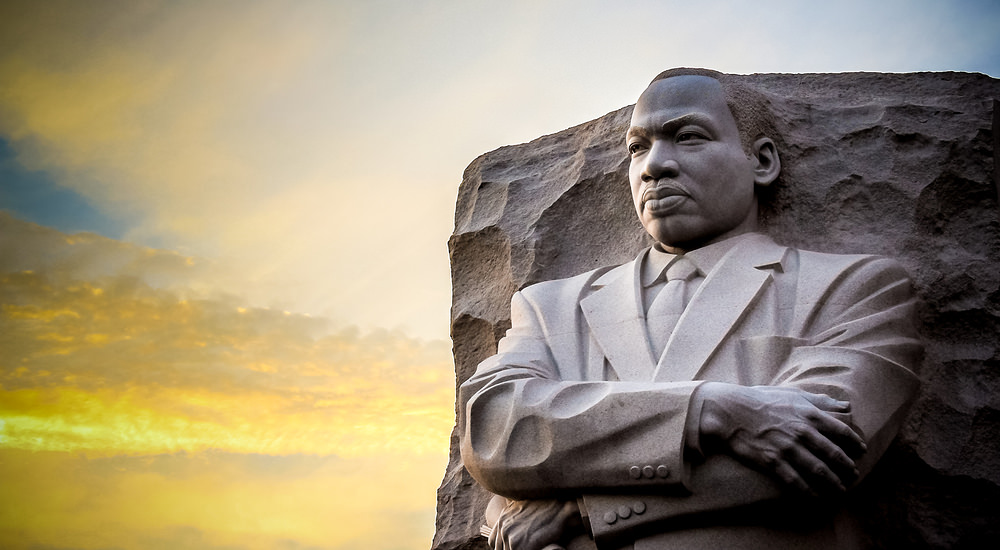 Yesterday was a day of remembrance for all Dr. Martin Luther King, Jr. did to advance the cause of racial equality in America.

Unfortunately, over the years his message of unity has been hijacked by the radical left. So much so that a white conservative is no longer even allowed to quote his words verbatim without being pilloried by the media and leftist activists.

Take, for example, what Vice President Mike Pence said on MLK day. When speaking of border security, Pence quoted a single line from King. “…now is the time to make real the promises of democracy.” He dovetailed that sentiment into a call to Democrats to, “Come to the table in a spirit of good faith. We’ll secure our border, we’ll reopen our government.”

Well, Mr. King – that appears to not be entirely true. Oh yes, the “love not hate” bit is absolutely true, but the wall builder may not be.

Although King, Jr. was a visionary, he also had a pragmatic side.

King was a tireless fighter for blacks in the United States. He knew that his fight must be fought on many fronts, which is why he offered his personal support of unity to the founder of the United Farm Workers Union (UFW), Cesar Chavez. He did so in a Western Union Telefax (telegram) on September 22, 1966.

In it, King said that “Our separate struggles are really one—a struggle for freedom, for dignity and for humanity … We are together with you in spirit and in determination…”

But what struggle was Chavez fighting for, or against? Why? It was the struggle for farm workers’ rights against depressed wages and working conditions.

And what was causing the poor conditions and depressed wages? That’s right – an influx of south-of-the-border immigrants flooding in and taking the jobs of American farm workers. Chavez called them “wets,” as in wetbacks.

And King knew full well what Chavez was fighting for – and against, as Chavez didn’t change his stance on migrants until long after King’s death.

These were the men that influenced Dr. King, and all spoke and wrote, denouncing the business model of cheap labor that preferred the work of immigrants to that of blacks.

During the 1950s and 1960s, Hispanic leaders Ernesto Galarza, Julian Samora, and Cesar Chavez all called for increases in Border Patrol and stiff employer sanctions to stop illegal immigration.

In a study published in the National Bureau of Economic Research (NBER), contributing authors concluded that “The employment rate of black men, and particularly of low-skill black men, fell precipitously from 1960 to 2000. As immigrants disproportionately increased the supply of workers in a particular skill group, the wage of black workers in that group fell, the employment rate declined, and the incarceration rate rose.”

It is clear today, as it was in the 1960s, that immigration did not and does not provide a pathway for the betterment of the black community. And provided that the black leaders, who came before King, led and influenced King and the people that King would come to lead, one can only conclude that King had a similar stance on immigration.