Donald Trump’s Plan to Solve the Trade Deficit is Necessary 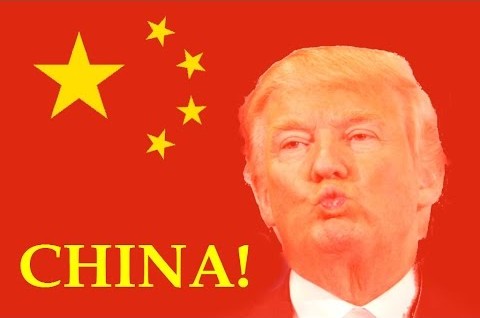 PROLOGUE
“… and he sold his birthright unto Jacob… [for] bread and pottage of lentiles; and he did eat and drink, and rose up, and went his way: thus Esau despised his birthright. (Genesis 25:33-34, KJV)

Donald Trump is being roundly reviled in the press for his criticism of our trade deficit, particularly with China.

We can pick up on this in Mark J. Perry’s article in the March 13, 2016 issue of The Los Angeles Times, “Trump is Completely Wrong About the US Trade Deficit.“ Here is Perry’s case, in his own words:

Let’s start with two basic economic principles. First, countries don’t engage in trade with each other — only businesses and consumers do. Second, when individuals engage in a voluntary market exchange, both parties — the buyer and the seller — are almost always made better off, because both parties get something they want. Trade is win-win.

It would be accurate to say that China gained a net amount of $366 billion worth of U.S. currency, the exact amount of the trade deficit. But what happened to those dollars? They aren’t sitting idly somewhere. On the contrary, they quickly came back into the U.S. as a capital inflow to purchase America’s financial assets like corporate stock and bonds, real estate, bank deposits and Treasury securities, and as foreign direct investment in America’s factories and businesses.

Based on these propositions Perry concludes:

It follows that restrictions on trade would make us poorer as a nation, not richer. The almost daily proposals to erect trade barriers with double-digit tariffs and the constant misinformed lamenting about America’s trade deficit have brought “ignorant nonsense about economics” to new levels.

For many years I thought and taught like this. But I now think I failed to see the bigger picture. Let’s start with principle one, countries don’t engage in trade, only businesses and consumers do. Not so in this case.

This creates a problem with principle two. The idea of “mutually beneficial” trade holds up in the face of this asymmetry, but the relatively innocuous benefits sought by US businesses and consumers are different critters altogether from what the Chinese government is after (the same thing all governments are after): power. This should raise a red flag concerning trade with China.

As for our trade deficit dollars coming back to the US as “investment,” the conventional wisdom here is misleading.

In everyday language, buying a bond or share of stock is called an investment. But in economic thinking, investment means the creation of new productive capacity that will enable repaying what is owed. In contrast, buying a share of existing stock is just a transfer of ownership of an already existing asset. Nothing new has been created.

Similarly, buying a US bond that is sold to finance the US budget deficit again creates no new productive capacity. (It theoretically could, but that is not where the vast deficit spending is going) So the term “investment” is being used in two different ways: creating new productive capacity, potentially good, and simple transfers of title, not necessarily so.

Chinese purchases of “…corporate stock and bonds, real estate, bank deposits and Treasury securities, and … direct investment in America’s factories and businesses” are cause for concern! This is not creating new productive capacity owned by Americans; rather, China is “investing in”, that is, buying-up, gaining control over, portions of the United States economy. Nor are they operating on the relatively innocent “profit motive” per se, but on a far more ominous “power motive.”

Of particular concern are Chinese purchases of “Treasury securities.” These purchases finance our federal budget deficits. These bonds are a claim on future US government tax revenues. In other words, claims on future taxes on future Americans who, if we do not stop this, will be working for the Chinese government.

It is true that Trump’s proposed tariffs on imports would raise import prices, putting downward pressure on our short term standard of living. But if we are to survive long run, this may be necessary. Currently, via our trade deficit, not just with China but with the world, we are bingeing on imports -consuming more than we are producing – by selling-off the country, real estate and all, and America’s future. It’s the “Me, Now” generation. It’s Esau all over again.