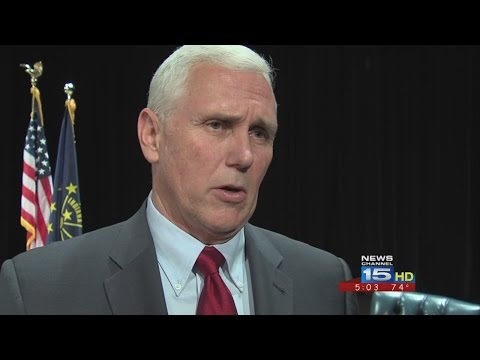 Donald Trump may not wait until the Republican National Convention to announce his vice presidential pick. The convention begins on July 18, and Trump has previously said he’d make his vice presidential announcement then. However, various media outlets are reporting the announcement could come sooner. This will certainly excite the Trumpulators and their groups of White supremacist, the Nazi followers, and other racist and bigoted groups that all support Donnie with all their heart and soul. They are part of the 2016 #neo-trumpism movement.
So why announce it beforehand? To gain excitement, especially after recent reports indicated some well-known Republicans are skipping or not speaking at the convention. Several polls also appear to show Trump losing his momentum over the last few weeks. By many accounts, Trump is looking for someone who can navigate Washington politics and has government experience — something the prolific poor businessman lacks. News outlets have also confirmed the Trump campaign is vetting New Jersey Gov. Chris Christie and former House Speaker Newt Gingrich for the job. So the old, loud mouth racist bigot is looking to get the old heavy set loud mouthed ignorant politicians to be his running mate. I guess I should have stated walking mate if he chooses either of these and not to mention both have enough baggage to bring along that his whole candidacy will stoop to even a lower level with the choosing of either of these two.
But someone else who might be on Trump’s shortlist is Indiana Gov. Mike Pence, who’s meeting with the presumptive Republican presidential nominee this weekend. Pence could offer what Christie lacks: Washington experience. He was elected to six terms in the U.S. House of Representatives and was chairman of the House Republican Conference and House Republican Study Committee. Pence also offers the state governing experience that Gingrich doesn’t have. Other candidates reportedly under consideration by the campaign are Sen. Jeff Sessions and Sen. Bob Corker.
No matter which way Donnie decides to go, he needs to worry about the #FREETHEDELEGATES movement for the convention, and the possibility of not being the nominee, to an actual third party candidate that gets more votes in the general election than he will. At this moment we are also looking at Hillary and her very secretive visit to the FBI on Saturday morning. One thing we can state is that this election is offering entertainment like a “B” movie on some late night non-watched cable network. Only people who are getting excited about Donnie are the racist, bigoted supremacist and white power groups, along with his group of poorly educated followers. The excited group for Hillary is those who like a spicy life where the next moment will be anything but bland with FBI, Email scandals, Benghazi missed calls and more. Maybe the best would be a Trump/Hillary ticket, and that way all the blind and uninformed can get the best of the worst all in one?
Tags: Donald Trump FBI Hillary Clinton