How Donald Trump Won and What Happens Next 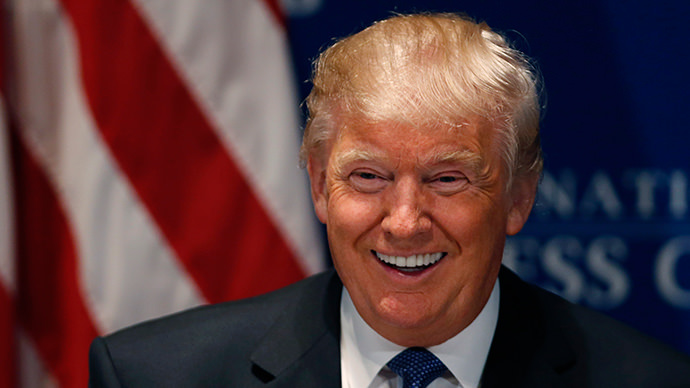 I suspected Trump might win Ohio, Michigan and Wisconsin – all with similar demographics. My thinking was based on what I saw while driving from Columbus to Lake Erie and back last week. Trump-Pence signs were like springtime dandelions in Ohio’s many small towns and in the front yards of most farmhouses. Trump and Hillary signs were both common in mostly urban Franklin County but not nearly as many favoring the Democrat nominee were seen when compared to how Franklin County helped Obama to victory in ’08 and ’12. And the outcome of this election may be the only time former Cleveland mayor and House member Dennis Kucinich and I have agreed on anything – namely that average people in “fly-over country” had had enough of their “betters” on the coasts.

The biggest surprise for me was that Trump won Pennsylvania — the state that pushed him unequivocally over the finish line. Too often, Philadelphia-focused Pennsylvania votes as if it’s downstate New York or DC-suburb-Maryland. Happily, not this time and I hope it means that more and more people are both aware and weary of DC-doubletalk and the enforcement of laws against some and not others. Odds are Trump will also win Arizona, Alaska and maybe even tightly contested Michigan.

After FBI Director James Comey re-focused attention on Hillary Clinton’s criminality in terms of violating laws regarding classified information and less so on the cesspool that is the pay-for-play Clinton Foundation, I was asked by numerous friends and acquaintances whom I thought would win. I replied, not without trepidation, that it’d be Trump. Why? Not because of Pennsylvania, but because of what I’ve seen in Ohio the past several weeks, plus the fact that the demographics in Wisconsin and Michigan are so similar to the Buckeye State. Turns out that this thinking turned out to be right.

Most Clinton supporters with whom I spoke admitted that they planned to vote for her NOT because they favored her for who she is and what she represents, rather they were voting against Trump. And it was clear that this sentiment pivoted off of several issues (cue the Access Hollywood tape here) that I see as relatively trivial. On the other hand, although many like me voted for the sometimes-buffoonish Trump because he’s not Clinton, a good percentage were actually excited about the guy and what he was saying he’d do as president. Plus I talked with a few experienced players like me who spent much of their careers in and around DC, who are appalled at the profound petit and grand corruption that is today’s federal government. Trump’s allegation of widespread governmental corruption reinforced what we already knew close-up.

Also more important than yard signs, was that it was rare to find a baby-boomer I met in or out of Franklin County who would admit to favoring a candidate – who is so clearly a criminal. As I’ve written repeatedly most in my with whom I spoke feared for their kids and grandchildren if Hillary should be elected. And it surprised me how few were shy to discuss these fears, even those who professed support for Clinton. However, I admit that my enthusiasm for the likelihood of defeating Hillary Clinton was tempered by my recent trip to the Board of Elections to vote early. Democrat poll-workers were out in a big way, handing out sample ballots as soon as people exited their cars. The long lines inside reminded me of the Department of Motor Vehicles.

Trump needs to lead all Americans as he works to make good on his many promises (or explain clearly why some promises may not be realistic or desirable). Hopefully Trump understands that it’s a complicated world in which the United States needs to unify internally and lead internationally.  And he’s right, a sustained 4% economic growth rate will solve a lot of problems. Otherwise we are destined to be increasingly whipsawed both inside and out – a trend now well underway under the failed presidency of Barack Obama.

The Obamas need to disappear — hopefully settling to remote Kailua on O‘ahu and his playing golf every day at the Kane‘ohe Klipper Golf Course on the nearby Marine base. Perhaps Michelle can lead yoga at the excellent gym used by Marines and their families. Unlike most of America, the Obamas are heroes in Hawaii and well liked by a large majority. (This widespread naiveté is partly why after nearly two decades there I left for good two years ago.) The Obamas need to hide-out from the reality that electing Barack was a fluke based almost entirely on white guilt related to his specious and largely unchallenged claim that Indonesia- and Hawaii-raised Barry Obama was a black man who somehow had insights into mainland black ethnicity. (Here Jesse Jackson and I agree.)

How about the Clintons? The Clinton Foundation’s illegalities need to be laid bare with the chips falling where they will. Although its unseemly to prosecute those who lose our elections, but Americans need reassurance that our laws apply to everyone and that the power of insider nomenklatura will start receding in America at a pace greater than its re-emergence and growth in Putin’s post-Soviet Russia.

Today is a good day today for America and it’s up to Donald J. Trump and others to keep it going. Fortunately, God seems to maintain a special place in his heart for America.

So, thank you God.