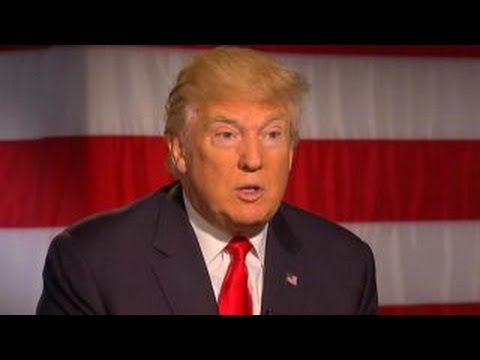 When has an as yet to be appointed presidential nominee ever prematurely named who they would pick for SCOTUS? Seriously I can never remember this happening in our history. However, times they have changed and this is far from a usual election year. I would go so far as to say Mr Trump’s candidacy is also far from usual.

Mr Trump has undoubtedly been a very successful businessman and self built at that. This already attracts him to the general populace who love self success stories. Sure he has had a few bumps or shall we say bankruptcy issues. But, for the most part it appears he used those setbacks as learning platforms for bigger future gains. So the  general conservative public gives him a pass on this.

But is it wise to release your list of potential SCOTUS appointees? In some ways I believe his hand was forced to do this by main stream media persistent inclination to speculate what Mr Trump might do. This stops their narrative and erases all speculation inaccuracies.

The main stream media now has to investigate and pick apart the real listed nominees. Oh, and they will. I believe Mr Trump is counting on this. Why? It gives him an unpaid for solicitation or poll so to speak on how attributes of an appointee would be accepted by the media and by the American Public. Thus forming a guide for who he actually picks. So, a smart move on that front.

It is a risky move as well. If the main stream media is succesfull in picking apart and shredding the character of a SCOTUS nominee before even actually being elected or appointed as a party nominee it could ruin his chances to win in the Presidential arena. It appears that by naming so many SCOTUS nominees he has increased their workload and decreases his risk. The numbers are with Mr Trump so to speak. The likelyhood of all of his nominees being a fail in the mainstream press critical eye diminishes just by the number of potentials he has put out there.

The other wise thing Mr Trump has done is select a wide variety of areas in which he would choose a SCOTUS. How does this help him? Each area of the United States named would love for the candidate to be from their State or region of the Country. They will rally behind the potential SCOTUS and list all the reasons why that person should be the candidate for SCOTUS. The media then has to play nice lest they alienate an entire region.

So by and large I feel the move is risky but, the potential gains out weigh the risks. This is indeed going to be a very interesting election year. I might say one for the history books!