“Donald Trump, in My Judgment, Would Make a Perilous World Even More Dangerous,” 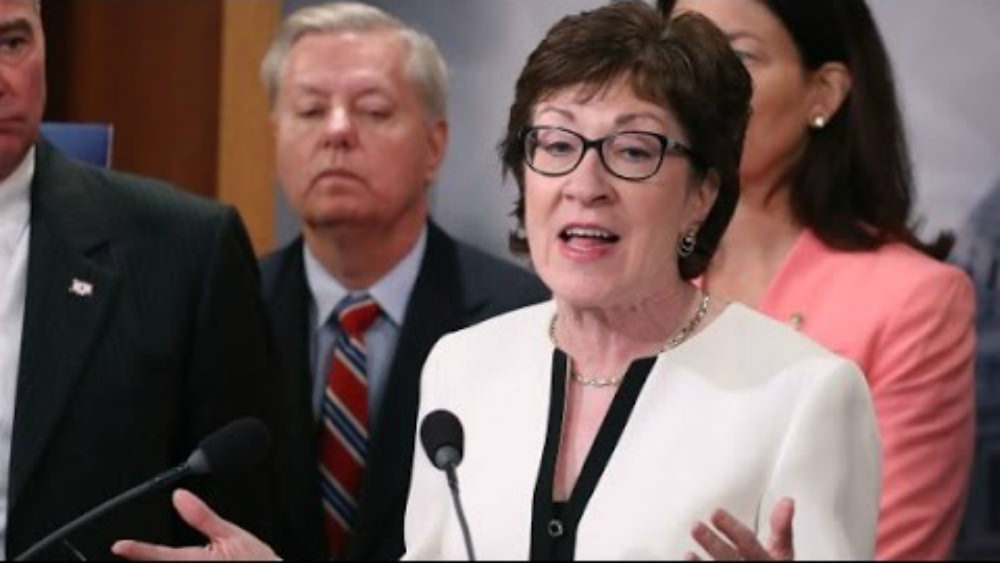 Another defector of the Republican nominee, Donald J. Trump. Susan Collins, my home state Senator came out swinging on the CNN’s Jamie Gangel. Just another in a series of serious, and well-informed people to step up and state the most obvious, That Donald J. Trump is not ready for prime time.

“”Donald Trump, in my judgment, would make a perilous world even more dangerous,” Collins told CNN’s Jamie Gangel. “I worry that his tendency to lash out and his ill-informed comments would cause dangerous events to escalate and possibly spin out of control at a time when our world is beset with conflicts. That is a real problem.”” Now that many are seeing the reality of Donald, his bullying, flying off the cuff and insulting others may cause not only more division in America but just may cause an International conflict!

The “final straw for Senator Collins was his feud with the parents of Capt. Humayun Khan, who was killed in the Iraq War. “Those are the parents who lost their son in the war in Iraq, when he showed absolutely no empathy or compassion for their terrible loss and instead attacked these two Gold Star parents and also attacked their religion, that was just the final straw for me,” Collins said.””

So the grown-ups in the room have finally stated, enough is enough, and Donald the Bully needs to go sit in the corner with his dunce cap for his never ending antics.

Collins said that ultimately, she came to the decision that Trump is unfit to be president. “I concluded that Donald Trump lacked the temperament, the judgment and the self-discipline to heal the divisions in our country — which are very real — and to be commander in chief,” Collins said. She also hit Trump for suggesting he may not honor NATO treaty commitments, saying it “embolden(s)” America’s enemies around the world to be more aggressive. And she said his actions on the trail have disturbed her. “I’m also very concerned that Donald Trump kept appealing to the worst instincts rather than the best part of the American people — that he was inflaming prejudices, looking for scapegoats, and worsening the divisions that are in our country,” Collins told CNN. “In the end, I felt that I just could not support a person with those qualities and a person who never seemed to learn from his mistakes and who seemed to be incapable of recanting his ill-chosen words.”

We will see one of the most senior Senators, who has served Maine well, will be torn apart for her stepping up and stating reality. The sad thing is, that anyone who would take a moment, think about all parts of the world, and how we intermingle with the world, then they would have to agree with Senator Collins, Ted Cruz, Ben Sasse, Mitt Romney, 50 CIA, and FBI leaders, Military Generals, and several thousand other leaders from City to State to federal levels. IT is time to listen up Trump Supporters and see what the world, and the anti-trump movement sees.

Collins says she has never not voted for her party’s nominee, but defended herself against accusations of betrayal. “I would say to (critics) that Donald Trump does not represent the values or the heritage of the Republican Party, and we should not be afraid to say that, and indeed, there is a risk to the Republican Party if Donald Trump is perceived as embodying our values,” Collins said. “We are an inclusive party. We are not a party of prejudice. We are not a party that wants to sow the seeds of division. We need to heal this country.”

Trump has yet to speak directly on Collins, though he tweeted Tuesday morning, “I am running against the Washington insiders, just like I did in the Republican Primaries. These are the people that have made U.S. a mess!” Collins said she was unfazed by any backlash, and brushed off the idea that she has lost touch with her constituents in Maine.

“I’m waiting to see what name he eventually calls me, but maybe he’s being held back by his advisers,” Collins said. “But I’m doing what I think is right.”

So eloquently stated by Senator Susan Collins, I have never not voted for the nominee of my party, but Donald is not a true republican, and is nothing more than a loud RINO, who has supported liberal politicians for 30 years.