Did Donald Trump Dump on the Military? 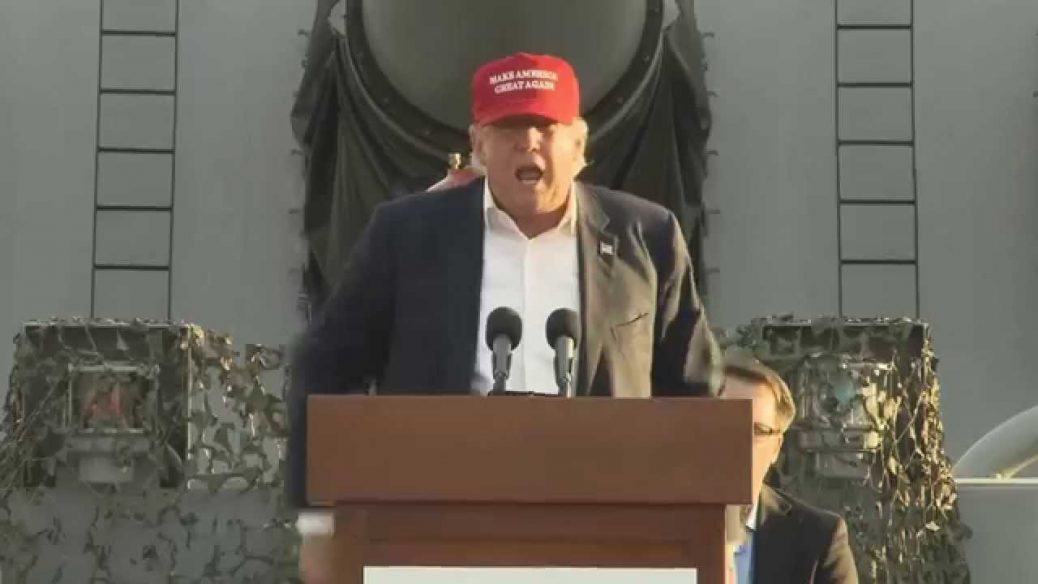 What is wrong with a candidate for POTUS, when he will be the commander in chief and now is attacking and accusing our military of stealing money? What is wrong with any person that they would spew such liberal lies, and have the audacity to suggest that they are Conservative? Lies, I tell you all lies!!!

The country needs to say, enough is enough!!!This arrogant, egotistical, multi-personality, spineless jellyfish needs to go back to his little towers and get out of Politics!!!

Really, anyone, Republican or Democrat that would attack our Country’s protectors automatically disqualify themselves. Donald’s plan of destroying the Republican party is falling nicely into place as he is opening the door for Hillary Clinton to win the election without even trying. Hillary just needs to sit back, be quiet, and let Donald burn the Republican party to the ground.

Was this fool actually confusing a movie with reality? Trump confuses “Three Kings” movie with reality. Accuses troops of stealing Iraq fund. This spineless excuse of a candidate is becoming more senile right in front of the American voters, and his #neotrumpism brown shirts do not see it occurring.

Can someone explain this to anyone so that it makes sense? “How about bringing baskets of money into Iraq? I want to know — who were the soldiers who had that job?” roared Trump.

“I want to know who were the soldiers that had that job, ’cause I think they’re living well right now, whoever they may be,” he continued. Hope Hicks, Trump’s spokeswoman, insists he was referring to Iraqi soldiers, but if you listen to what he says, it doesn’t sound like it to me.

From Crooks and Liars:

“Hicks can spin it any way she wants, but it’s not the first time Trump has said this, and he was far more specific the last time he did it, back in October.

He also suggested that some American soldiers charged with distributing money to fund the Afghan and Iraqi government embezzled it instead. “I want to know who are the soldiers carrying suitcases with $50m?” asked Trump. “How stupid are we? I wouldn’t be surprised if those soldiers, if the cash didn’t get there.”

Perhaps Rick Wilson could get a journalist to ask Drumpf about this.”

Trump’s  speech was in North Carolina, and it was the usual Hitler-ish hatefest we’ve come to expect from any of his rallies. But this is a new addition. I’m not exactly sure who he expects to attract when he attacks veterans of the Iraq war, but there it is, in black and orange.

Constitutional Conservatives, and more exact the #nevertrumpers are even more convinced that Donald is dynamite ready to ignite at any moment. He spews hatred, then tries to lie his way out of his ignorance.