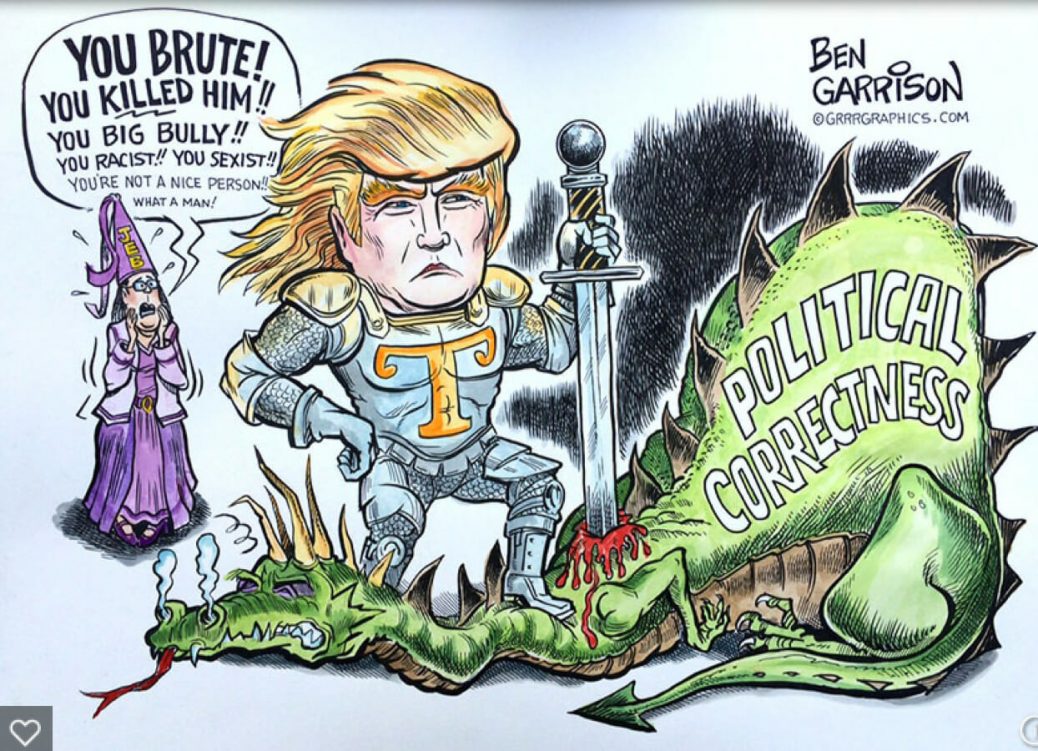 There once was a man named Trump, who was mocked by a socialist chump.  He said with a grin, “the election I’ll win,” and BO’s legacy he took to the dump.

Democrats are claiming that the economic revival creating a boom was created by them and at the same time saying what people are getting are the “crumbs” of capitalism.  It is perpetually amusing to people who listen to what both sides are saying and seeing what is happening when Democrats scorn the economy as being trivial while taking credit for it being a boom at the same time.  These people have no shame, no morality, and no sense.  It explains why leftists who embrace anti-Christian values are saying that the outpouring of morality in Hollywood is the result of the Christian Right electing Donald Trump to the presidency because he is an ultra-misogynist grievous sinner.  Horsecrap!  What has been happening is that the Left, in their rabid attacks on Trump, has exposed themselves for the perverts and moral cretins that they are!  They have always mocked Christian morality and embraced their selfish 60s value of “if it feels good do it.”  They have always thought Christians believed themselves to be better than they when it is they who believe themselves to be superior and enlightened as they embrace the darkness.  These atheists do not understand that we do not become Christians because we believe ourselves to be morally perfect, as they believe themselves to be, but because we know we are sinners and cannot get to Heaven on our own merits.  People who are without sin do not need the Christ.  But atheists do not even believe in sin because sin is an act against God whom they do not believe exists!  Sadly, they do not understand that God does exist, that we live by His Mercy, and that we all commit sins every day of our lives.

Consider the Seven Deadly Sins.  Pride, Anger, Greed, Envy, Sloth, Lust, and Gluttony.  It is not a matter of which we suffer from, but which we commit the most.  Believing oneself to be without sin or to be more moral than others is the sin of pride.  We all get angry on the road.  Greed is the most common sin with the love of money being the root of all evil.  Envy is the sin of the socialist who resents what the capitalist achieves.  Sloth is also common, as are lust and gluttony which are clearly seen throughout our society.  It is not a matter of which sin we suffer from, but which we suffer from most to least.  I know my list and can name all seven and to what degree they encompass me.  Can you correctly identify where each of the seven is arrayed within you and how you live your life?

Your typical liberal believes they are above sin, but they suffer from the full array and can easily begin with pride, followed closely by envy and greed, then by lust and anger, ending with sloth and gluttony.  Leftists believe themselves to be above sin, yet they desire what those who succeeded in life have and are greedy for all of it.  They lust for women and power and are angry they don’t have what they want, but they’re too lazy to work for it and will sit and stuff their faces with food or inject drugs into their bodies to make themselves feel better.  They will use force or coercion to get what they want and will lie, cheat, steal, or kill for their own benefit at the expense of all others.  Although blaming others for the problems you create for yourself, and living in denial of being wrong are not clearly on the list, they are as they fall under the sin of pride.  Don’t feel bad if you didn’t recognize these.  It took sixty years for me to understand them.

The Left is in denial of their own sins and blames the Right for the exposure of their true nature.  They call Christians hypocrites for embracing Trump the sinner because they do not understand the nature of sin.  There is no hypocrisy in elevating Donald Trump, sinner, Christian, conservative, to the presidency.  The only hypocrites are the NeverTrumpers who say they want a president who will advance the conservative agenda and now reject him because he’s not the prim and polished politician who gives the air of being without sin that they wanted.  They wanted someone pure and untainted so that the Left could not call them hypocrites, yet that is exactly what they have made themselves.

The fact is the Left will always smear the righteous because no man is perfect and it is easier to drag them down to their level than to extoll their virtues and rise up to meet them.  The media has spent the last ten years telling the ignorant that Obama and Hillary are pillars of virtue while they cover up their crimes and corruption.  And they’ve spent the last two years slandering Trump as being unworthy in all ways as he has made terrific strides toward making America great again.  Don’t be part of the some of the people who can be fooled all the time.  Obama claimed he was a Christian though he was raised a Moslem, and despite his persecution of Christians and empowering of the Muslim Brotherhood in the Middle East creating ISIS, the liberal media continues to try to pull the wool over people’s eyes.  Donald Trump has proven his Christian faith and brought back Christmas to the public square.  But it is going to take generations to undo the damage that the leftist socialist liars have done to this great nation.

Corruption in the FBI

Liberal media Trump hate – President Trump has a press conference on his yacht.  A reporter’s cap gets blown overboard.  Trump climbs down, walks across the water, and retrieves his cap.  Headline in the NYT next day: “Donald Trump can’t swim!”