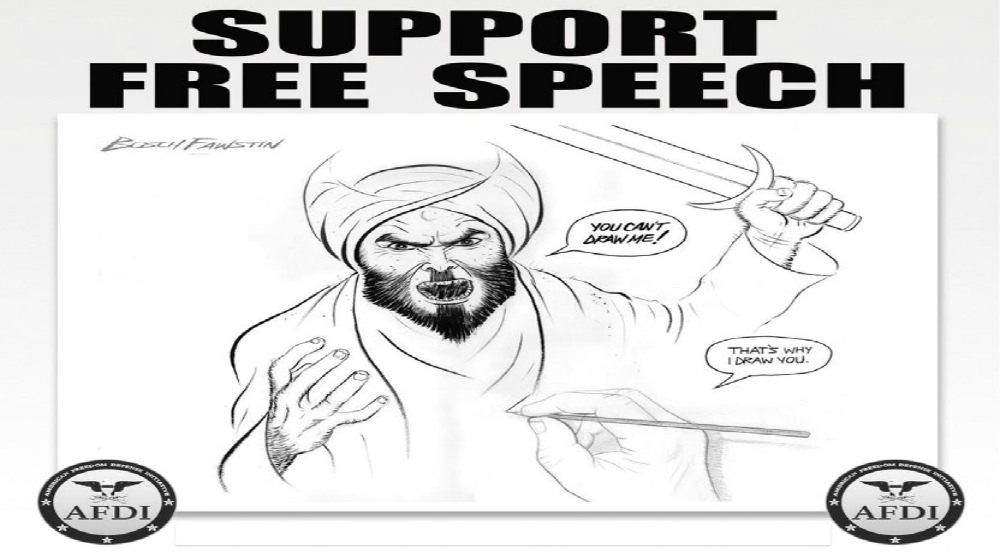 If a Mafia boss put out a contract on a cartoonist would the U.S. government stand idly by and say nothing?  If a person is threatened, isn’t the protection of the government they pay for appropriate?   Should not the U.S. government who says they are in a war on terror take on the very proponents of threats encountered by individuals exercising their right of free expression?

What we are seeing with a call for the assassination of Molly Norris, a Seattle cartoonist is an example of just how peaceful this Muslim religion really is.  Where are the peaceful Muslims who live in this nation and have the right of free expression and why do they not speak up against this barbaric threat? 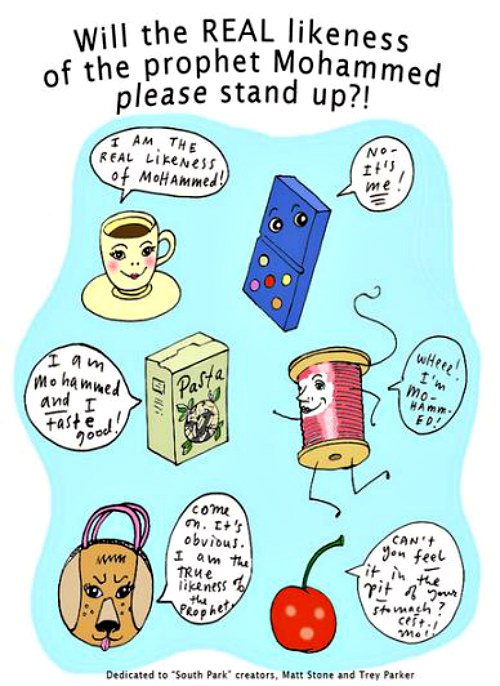 The intimidation being used to instill fear into citizens world wide needs to be addressed and repudiated.  No one in America under threat of assassination should be forced into seeking a new identity or cow-towing to a barbaric fanatic who thinks they can issue an edict that will go unchallenged.  This type of intimidation is what initiates wars and creates proper retaliation.  Should a person so threatened be injured from such an edict that person issuing the edict should be informed they will be hunted down and bought to trial for instilling the equivalent of a riot.

The policy of placating the fanatics of Islam has so far produced bomb attempts , threats , demonstrations and burning of the American flag, increased nuclear proliferation and nothing in the way of reciprocal harmony.  This is always the case where intimidation is not answered with a strong repudiation and a promise of instant retaliation.  American citizens that are threatened by foreign religious leaders need to know they will be protected and fellow Americans will stand by them and stand up to the thugs who call for their death.

The American Government was created to protect our individual rights from all initiation of force attempts.  This includes foreign invasion, the thugs on the street and fraud.  Whenever a threat emerges such as the one on Molly Norris’s life it is time for the government to step up to the plate and inform those issuing such threats that if anything should happen to Molly there will be swift justice and the threatener will be hunted down  no matter where they go .  If a nation wishes to harbor such a person the nation will be considered an accessory and may face invasion unless thy extradite the perpetrator.

If we do not have a government that will stand up and defend the rights of citizens we do not have a government.  The current politicians don’t have a clue as to what the proper role of government is.  They have turned into placating cons constantly seeking more power over citizens and perpetuating their status.  Those who fought for the rights of man and founded this country were a far different breed willing to forsake their lives , fortunes and sacred honor for  the establishment of a government that protected individual rights.  What has evolved has been a disgraceful herd of lackeys.

American has been called the land of the free and home of the brave.  What our government is showing us is we are becoming less free with every directive they issue and cowardly in the face of threats to our citizens.  We are fighting for the comforts and democratic governments for foreign countries and their citizens while our citizens are forced into hiding be threats from foreign religious zealots who we neither confront or condemn.

The outrage for the depiction of a cartoon should be met with genuine outrage for the threat to an American Citizen’s life.  The voice of America should shout that if you dare to threaten us you will see what real rage and retaliation looks like.  This is how this threat of terrorism will be reduced to the whimper of the cowards who attack and threaten innocents.  We are not a nation of individuals who are willing to surrender our rights to intimidation either from abroad or here at home.  Bullies are not to be tolerated in a  civilized world and those who prefer civilization to barbaric dictates need to stand up and declare what they stand for.  And if our government chooses to act differently those running the government need to understand they can be replaced with those who do.