Does Music Soothe the Savage Beast? 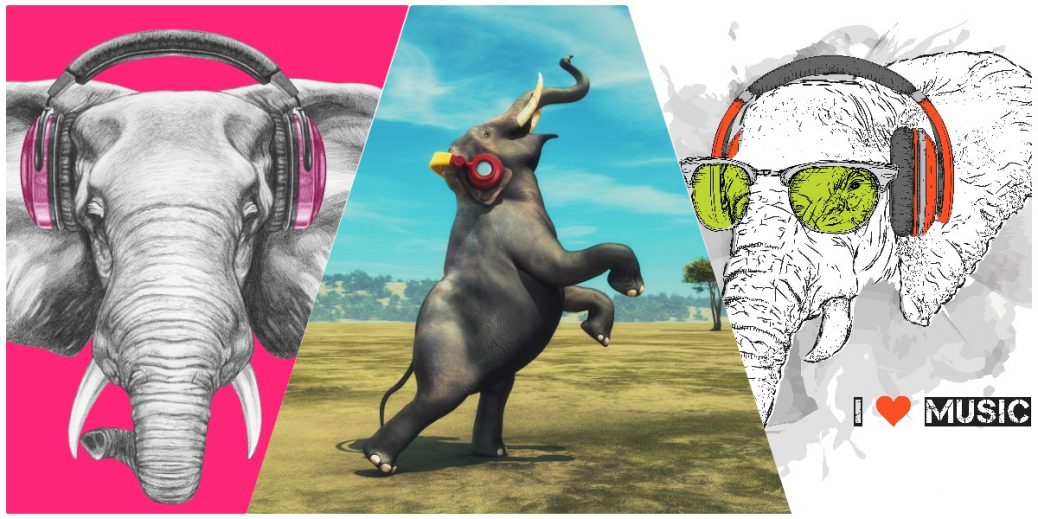 Now, this is not about Democrats. This is about four-legged beasts, even though this writer would not call an elephant a beast. An elephant is a very social animal, that is family oriented, fiercely protects its young and remembers every kindness shown.

They say an elephant never forgets even though they really don’t have a lot to remember. But if one helps an elephant in trouble in any way or any of its family, that elephant will remember that kindness for the rest of its life.

Even the biggest elephants display emotion and can be soft-hearted. Such was an elephant several years ago named Tarra, who lived in an elephant sanctuary in Tennessee.

A little dog named Bella came to live at the sanctuary. She and Tarra became friends, then the best of friends. They would walk together, play together, and simply spend time together in a favorite spot within the large compound.

When Bella had to have surgery on her back, she was confined in the veterinarian room on the second floor of a building within the sanctuary.
While going through the surgery and recovering, Tarra stayed next to the building, looking up at the second floor, and refused to move.  For three days Tarra stood vigil.

Finally, when Bella was better, the veterinarian carried her out on the balcony of the second floor so that Tarra could see her. Eventually, Bella recovered completely and was able to go back outside with Tarra which made them both very happy.

Then, their eight-year friendship was tragically ended when Bella was killed by what was believed to be a coyote. Tarra found her, gave a mournful trumpet yell, tenderly picked up her little friend’s blood body and carried it over a mile to the spot where she and Bella had spent so much happy time together, then laid her down gently, as she stood beside Bella’s body trumpeting in grief.

In a film clip of Tarra during that sad moment, one could spot a big tear from the elephant’s eye running down her cheek.

Elephants are magnificent creatures, yet there are those insane knuckleheads who are born thieves, with money as their god, who hunt down innocent elephants to disable them and saw off their tusks which they sell to dealers who make art objects out of them that are sold at a big price.

Fortunately, there are human beings who establish elephant sanctuaries for pachyderms who have been mistreated.

At one such sanctuary, a classical pianist visited and asked the director if he could bring his piano into the sanctuary so that he could play for the elephants. The director said, “fine.”  The man left, came back with a piano in his truck, unloaded it, set it up in a new section of the sanctuary where two blind elephants lived.

The piano was unloaded and moved into the closed sanctuary, sat down and began to play classical music, such as Clair De Lune. The moment he started to play, the two elephants completely relaxed and began slowly to dance, swaying their heads back and forth in time to the music.

As a special bonus to our readers, below is the link to the concert for elephants. Even though it may not work on this site, cut and paste the link below and put it in your browser and a working link will come up.