Dissecting U.S. Elections: The People vs the Polls 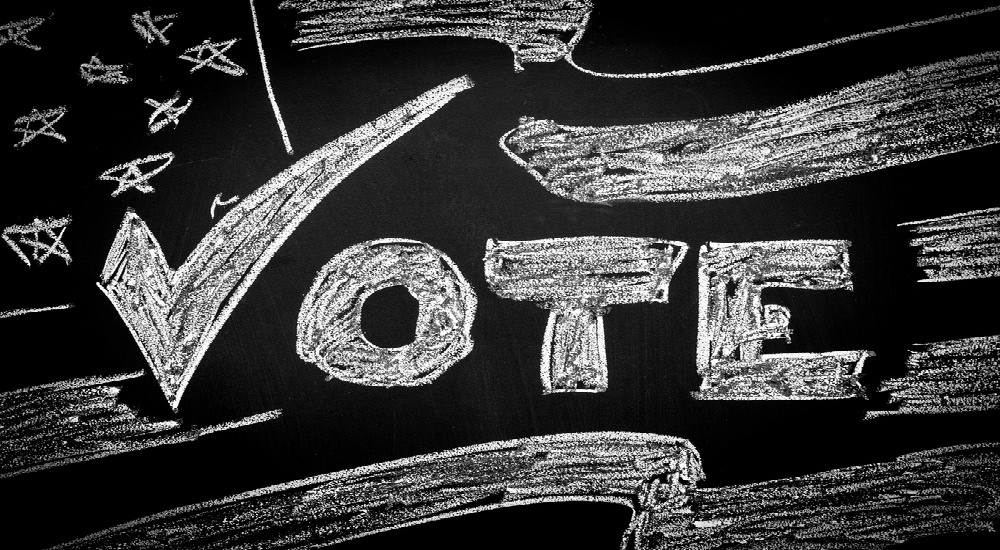 The establishment has an entrenched interest in convincing the public that their vote in elections actually decides who is selected for public office. That same power elite runs and controls both Republican and Democratic political parties. Only a neophyte or a delusional idealist believes that the voting cycle reflects the will of the people. When reform candidates engage in the primary process, hoping to win the nomination from either of the two major parties, they face the stark reality that playing ball with the money bundlers means obeying the directives of masters of the universe. These overlords own politicians, especially those who continue in office by winning predetermined elections.

Democracy as expressed by the ballot box is a fairy tale. Anyone with experience within the Tweedledum and Tweedledee party organizations, understands that the comic book characters, who populate the ranks of politics just want to become a Mini-Me version of “Boss” Tweed.

Dispensing the fruits of power and patronage, while fostering the crony corporatist culture, is integral to maintaining the levers of political administration over a society of inconsequential serfs. When people’s frustration mounts, and party leadership blocks even modest attempts of populist reform, voting participation declines.

The GOP once was described, as Rockefeller or Country Club Republicans, is really a deranged asylum of NeoCons whose primary purpose is to purge genuine conservatives and libertarians from their ranks. A party that would nominate a John McCain for President and continue to support him in Senate elections is not worthy of trust. Written in 2004, John McCain: The Man Who Would Be President sums up the dilemma.

“McCain’s a full fledged phony without an ounce of conservative values running in his veins. Bush has proven himself to be a fraud and the tool of the NeoCons. This election is a charade of a sham called democracy. There are no surprises left, only the substitution of a name; while the same policies remain. Spell it Bush or McCain; but don’t use the designation conservative. Kerry is Bush’s brother, in the only society that selects those who are granted the nominations. McCain can only settle for second place, in service of the powers, that host the parlor game – picking a President.”

Now that the New Jersey Governor Chris Christie is the toast of the town, the praises and speculation begins. Chris Christie landslide: Template for a Republican presidential win in 2016? “The governor won an impressive 57 percent of women and took a majority of Latino voters. He even garnered 21 percent of black voters – a significant inroad for a Republican. He also won nearly half of union voters and those under the age of 30.”

The press would have you believe that the next Republican candidate for President needs to adopt a “political correctness” love fest to be elected. Please . . . dump on the Tea Party and disparage traditional conservatives is no formula for any politicians who deserves support.

That Republican 2010 Landslide and What It Means concludes.”The Republican Party’s attempt to co-opt the spontaneous spirit of the Tea Party geneses illustrates the panic that both entrenched parties have from a true populist movement. The mind dead voters who continually vote for the lesser of two evils, or adhere to the squishy William Buckley rule guarantee perpetual servitude. “The Buckley Rule is, ostensibly, that you vote for the most electable conservative option (in the primary) against a Democrat in November”.

The quest for that illusory electability is the trouble with every recent election. When will a true conservative/libertarian populist win the nomination? The apparent answer is never in a party of RINO’s and establishment gatekeepers.

Where can a true believer turn? That leaves Hillary Clinton as the apparent frontrunner nominee for the Democrats. The problem with that presumption is that she got the cold shoulder in 2008 in favor of Barry Soetoro, the CIA’s Manchurian Candidate. The Republicans are supposed to be the party of next in line Presidential torch carriers.

So why would the Democrats want HilLAIRy as their, Woman of the Year, or is it? The obvious appeal does not go unnoticed. “All you have to do is look under the dress and you will find the stuff that dreams are made from. Hillary is a man’s woman that appeals to the trendy tender gender on both coasts. She’s has a lock on the fear factor and will be the survivor of all the village people.”

What better way to succeed Obama, the beyond race President, with a legendary bisexual voice, who will distribute her racism against white rural America as a condition of perpetuating the multicultural collectivism, which is so necessary for the total destruction of traditional values.

Just how well did all those underprivileged minorities do under Barack Hussein Obama? Surely, a first female President Clinton would add to such striking gains in the quality of life and standard of government dependency income.

All this Great Society II would make the LBJ administration look like spendthrifts.

The people, all the people no matter their race, ethnicity or social identity are not benefiting from a New World Order economy and political authoritarianism. Yet, with each election cycle the grip of both outlaw parties continue to expand their extortion policies. Every ten years the gerrymandering of redistricting divides the territory so that the spoils will continue to be shared.

How dumb are the electorate to allow this corrupt process to continue? Inevitably, stupidity knows no bounds. The Meaning of Third Parties in America describes the dilemma.

“If elections are an expression of consent, why is turn out so low for Third Parties? And if discontent was heightened, why are there not more Third Parties? The answer lies in the election returns. The fact that a majority of eligible voters no long take part in the process speaks volumes of their support. The public is stating their choice loud and clear: “NONE of the ABOVE”. This is the Third Party that wins the election. When the public deems that there is no ‘real’ difference between the two parties and that their self-interests cannot be furthered with their vote, the electoral system breaks down. Yes, the public is frustrated; but they conclude that their vote will never, effectively, change the status quo among the choices that are available. Their lack of participation, should not be misread as satisfaction for the current condition.”

The misuse of power by both parties illustrates the breakdown in the two tier party system. Having twins with different spots only means that the look of the predator will camouflage their direction for the kill. The Third Parties segment on “Dueling Twins” reminds the nature of the feeding frenzy.

“The duopoly rivalry that emerged over the centuries, grew from the reality of being ‘in or out’ of power, more than deep seeded ideological principles. For in its bare raw brute reality, politics is about power. How you get it, what you do when you have it, and how you keep it.”

When the Obama administration targets conservative Christian groups with IRS retribution, progressive ideologues remain silent. Protecting civil liberties only apply for the faithful of the congregation of state worship.

In addition, when the RINO’s mark patriotic groups and activist individuals for banishment from the ranks of the loyal opposition within their own party, they serve the masters of the same establishment that want a pervasive police state.

U.S. Elections are all too often a joke. The election commissions that administer the ballot process are nothing but extensions of the two corrupt parties.

What if a real grassroots national movement emerged that supersedes all ideology with a singular purpose – remove all careerist “pols” from office. Forget about the phony No Labelseffort to diffuse popular disgust. The solution is to attract the very citizens who NEVER vote in elections.

A national campaign – No Confidence – would be the clear message that the arrogant confidence game crooks could understand.

Term limits will never be voted upon much less adopted until the entire nation strikes against the establishment with a unified proclamation of revolt.

The organization Grassfire urges that people need to confront the system. Time is short and if the following scandals are allowed to be swept under the rug, the candidates in 2014 and 2016 will just continue with their lying ways.

5. The truth about ObamaCare

With the Citizens United v. Federal Election Commission decision, corporations and labor unions can spend as much as they want to convince people to vote for or against a candidate. With all this money going into media campaigns between sibling spotted leopards, the public never gets to choose honest and transformational constitutional candidates. A vote for a Third Party aspirant is never a waste. Consent for RepubliCANTS and DemocRATS is idiotic.