This has been a touchy subject this weekend. I’m a Trump voter and supporter, but as I’ve said before I don’t always agree with everything he says or does.

It was improper to call the NFL players like he did. It was unacceptable. But that doesn’t mean I share the disrespect felt by that act.

They have the right to protest and the way they chose doesn’t break any law, it just brings the wrong type of attention to the reason for the protest.

The truth is that we disrespect the flag in almost daily. Unless Trump does enforce a new rule as allowed by the following statement there was no harm done besides the one they did to their own cause.

178. Modification of rules and customs by President

Any rule or custom pertaining to the display of the flag of the United States of America, set forth herein, may be altered, modified, or repealed, or additional rules with respect thereto may be prescribed, by the Commander in Chief of the Armed Forces of the United States, whenever he deems it to be appropriate or desirable; and any such alteration or additional rule shall be set forth in a proclamation.

Doing something like that the president could make it mandatory or something of that sort.
Only one word made this acceptable under the federal code:

Should makes it optional. I assume it was meant for people that are somehow handicapped or any other health or physical issue that prevents them from performing the salute and it’s being exploded here.

On June 14, 1923, or Flag Day, a federal code was put in place that would serve as a guideline for how to handle the American flag. A viral twitter thread brought the almost 100-year-old standards back into the spotlight on Saturday. There are several sections in the code about proper national anthem conduct, how to display the flag, and yes, even how to respect the flag.

The code does state that everyone should stand at attention facing the flag during the national anthem, but standing or kneeling isn’t actually covered in the respect portion of the code.

Here are some things that Americans do on a daily basis, however, that are disrespectful:

That means every American flag swimsuit, button-up shirt, and even those famous Old Navy flag shirts, are disrespectful.

The Flag Shouldn’t Be Carried Flat

“The flag should never be carried flat or horizontally, but always aloft and free.”

Most people know the flag should never touch the ground, but few know that it has to be displayed vertically. Maybe it’s a nod to the lyric that had the flag “gallantly streaming” in the air. Whatever the case, an unfurled flag that sits flat is a disrespect to the flag code.

Drawing On The Flag

“The flag should never have placed upon it, nor on any part of it, nor attached to it any mark, insignia, letter, word, figure, design, picture, or drawing of any nature.”

This one seems pretty self-explanatory. Most people understand that drawing on the symbol of the country will probably be seen as disrespectful. But freedom of expression is a constitutionally protected right, so artists are still free to make that choice.

“It should not be embroidered on such articles as cushions or handkerchiefs and the like, printed or otherwise impressed on paper napkins or boxes or anything that is designed for temporary use and discard.”

Sorry to put a damper on probably every Fourth Of July cookout ever, but the paper plate supporting that juicy burger better not have a flag on it.

“The flag should never be used for advertising purposes in any manner whatsoever.”

If a business or company is using a flag in its advertisements, that’s yet another disrespectful gesture. A flag printed on a disposable flyer is probably a double offense.

“No part of the flag should ever be used as a costume or athletic uniform. However, a flag patch may be affixed to the uniform of military personnel, firemen, policemen, and members of patriotic organizations.”

Sports teams aren’t allowed to put the flag on uniforms. The only way to respectfully wear the American flag is with a patch on the side for service members, firefighters, and police officers.

Perhaps a special “patriotic organization” exception could be made for athletes during certain memorials and holidays, though. 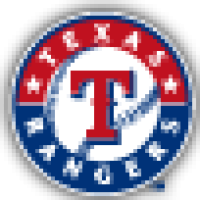