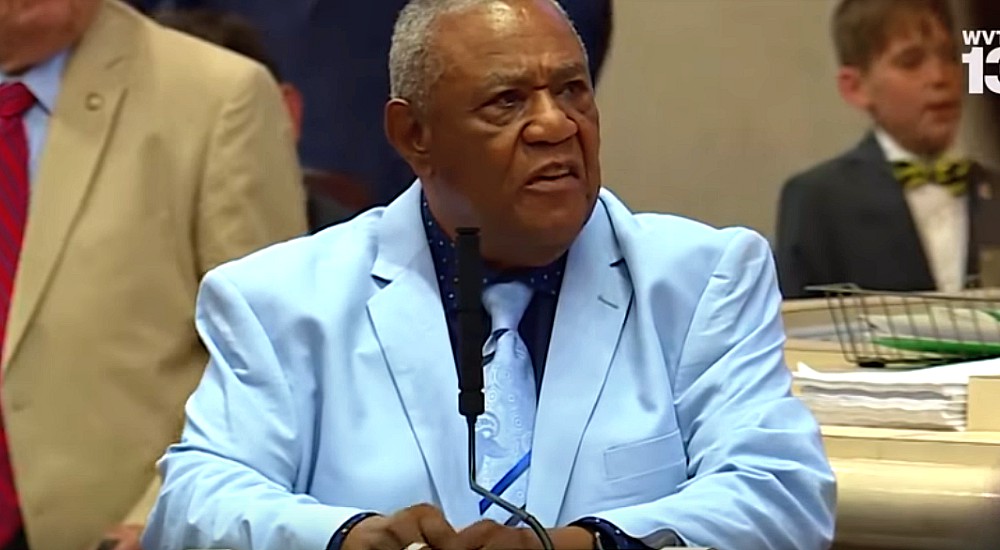 As if we needed more proof that the Democrat Party is the Party of the demented, the deranged, and the demonic… now we have it. The state of Alabama is doing the good work of protecting innocent life from the hands of murderous people. Alabama state Rep. John Rogers, a Democrat, does not appreciate the idea that some people think innocent life should be protected. So, he stood up in the State House to explain why he disagreed… and then he said these evil things:

Donald Trump Jr. who has always seemed like his father’s political heir apparent took to Twitter to express his disgust with Rogers’ comments. Trump Jr. has generally been regarded as a more conservative, more orthodox Republican, and more eloquent version of his father, which has always worried Democrats.

Unlike his dad, Trump Jr. has also always been pro-life, and in recent years, vocally so.

Here’s what he had to say:

This is stomach curling and makes Ralph Northam look like a moderate on abortion.

Every Democrat running for President needs to be asked where they stand on this. The extreme turn we've seen from Dems on abortion recently is truly sickening. https://t.co/KchZfqvQMK

He later got in even hotter water by arguing that Donald Trump Jr. should have been aborted because he’s either a “retard or crazy.” Your Alabama Democrats, ladies, and gentlemen.

Today Rep. Rogers extended his remarks to include “retarded or crazy” Donald Trump Jr. as a justification for abortion rights. Asked about Trump Jr.’s comments he says, “Hey, that’s a honor.” Some of his comments are hard to make out but here’s what I heard in the rest of his response: “That proves the right to make a decision about abortion. Him being born, that’s proof…

“I wonder should have aborted him when he was born whether he would have made that stupid statement, right? So his parents made the decision for him…So that’s the first proof I’ve got that a mother ought to have the right to have an abortion. They made the decision to have him, didn’t they? They could have aborted him. But they made the decision to keep him. He’s evidently retarded or crazy. Donald Trump’s son, I know he’s—something wrong with that boy. I look at him and tell something wrong with him. That’s the best defense I got right there for abortion, looking at him.”

Alabama State Rep. John Rogers (D) responds to Donald Trump Jr. calling him out for his remarks about killing "unwanted kids", says Trump Jr. is "proof that mothers ought to have the right to have an abortion because he is evidently retarded or crazy." pic.twitter.com/YUHTee8puw

Who votes for these people? Seriously?