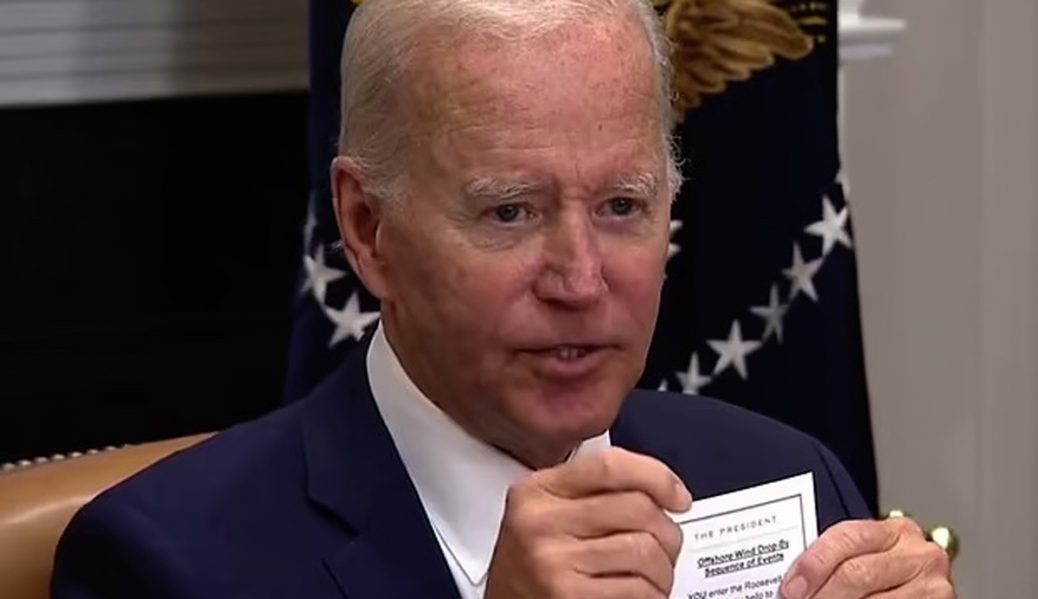 While meeting the press on June 23rd, President Biden accidentally flashed a card featuring instructions from his staff. If the card had talking points about big issues the list would receive little or no coverage in the press but this card is major news because it contained simple instructions that had nothing to do with policy. So simple it was scary.

The instruction on the card included:

It reads like instructions given to a five-year-old. Or what one should tell someone with dementia. 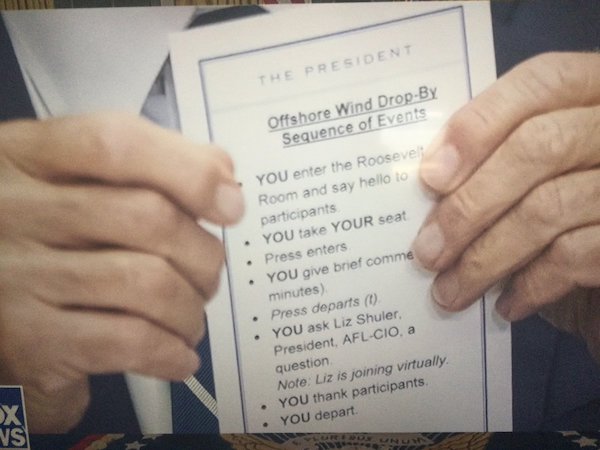 Last night I wondered if there were other instructions that were left off the card. So I did what I normally do in cases like this. I sent my Cousin Ben the Spy (his mother wanted him to go to law school, but that is a story for a different day).

Ben was the perfect man for the job. A master of disguise, Ben always finds a way to listen in on meetings without or sneak into offices without being noticed. When he was in college, Ben spent his summers on a rig in the middle of the Mediterranean Sea drilling for extra virgin olive oil (which he tells me you get from UGLY trees).

I asked Ben to sneak into Congressional offices and find the instructions left off the card. The card was tiny so there had to be some suggested but left out. As payment for Ben’s action, I made me promise to get him tickets to the next time the NY Jets make the Super Bowl (sadly a promise that will never have to be fulfilled, at least in my lifetime).

Early this morning Cousin Ben called, he came home with all the information asked for). He emailed me the list of items left off the instruction card: