What Difference Does Hillary Make? 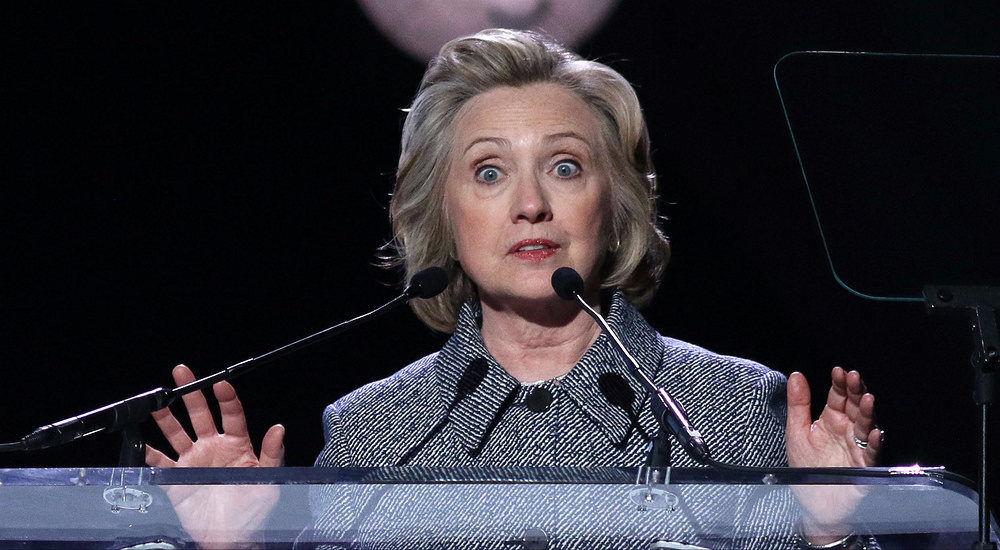 Hillary Clinton vehemently screamed, “What difference does it make/’ regarding the facts about what happened during the Benghazi terror attack on September 11, 2012.  She reiterated, “ Whether it was a mob of people or a planned attack …what difference does it make?”  She then went on to say that finding out what happened so it can never happen again should be a priority.  This is incoherent nonsense.  You can’t get to the bottom of the cause if you ignore what actually happened.  You can’t find out what actually happened unless you are willing to come clean about your knowledge of the event and what role you played as someone who was in charge as she readily admitted.

People who praise Hillary and blindly admire her political ambitions have doused their brains with deception and deceit. They ignore the fact she repeatedly lied about her landing in Bosnia and the make believe bullets she dodged.  They ignore the video showing her departing the plane and receiving flowers from a child.  Did she ever apologize for this mis-recollection?  No, she simply repeated it and as with so many other missteps her admirers just put it behind them and moved on.

Her 2008 campaign was centered on the three o’clock phone call that she indicated she was ready to handle and questioned whether Candidate Obama was up to the task.  Ironically the call came and both of them dropped the ball and tried to cover it up by sending the Ambassador to the United Nations, Susan Rice, to tell a tall tale about a video inciting a riot.  Had the video really been an instigator does that excuse the lack of preparation, the lack of a proper response or the ensuing attempt to cover up their actions?  Hardly.

When a person is responsible for so much and wants the power to direct shouldn’t that person be prepared to plan for potential problems?  Shouldn’t that person be reviewing their staff’s plans for action and be satisfied they are sound and validated?  Shouldn’t the person be wiling to accept responsibility for their oversights and mistakes?  Or should they continue to pretend they are infallible as their minions sing unearned praises for more and greater political glory?  In a rational world the puppets would gradually wake up and denounce this power lust for what it is.

Suppose you were in the position of directing a department and you were faced with a situation where some of your staff were killed and you told your boss, “What difference does it make?’ how it happened.  Do you think you would be exonerated by such a statement or do you think you might be admonished and demoted or fired?  The American people are the boss in this instance and they should rightfully demand a full accountability for this poor performance.  Their representatives should be leading the charge instead of mollifying and going through the motions of concern.  The press should recognize that unless they seek the truth they are no longer functioning as a free press but a lapdog for a political administration which is not their role nor their professional obligation.

The question of “What difference does it make?’ is a rallying cry for those who do not want indifference to be the attitude of anyone.  You could just as well have said, “Who cares?”  You could just as well have said, “ I don’t give a damn?”  The words convey the attitude of someone who is not concerned with the lost lives of fellow Americans.  These words convey a message of “I don’t want a blemish on my record so just forget about what happened and ‘move on.  These words are callous, indifferent and reprehensible.

At the end of the 2008 campaign after seeing now what has transpired it would have been appropriate for Hillary to announce her defeat with the same attitude.  For we see it was an administration of deceit and deception that had no grand plan but to gain the power and prestige of office and let the chips fall where they may.  Regarding the two charlatans running in 2008 on the Democratic ticket it would not have made any difference.